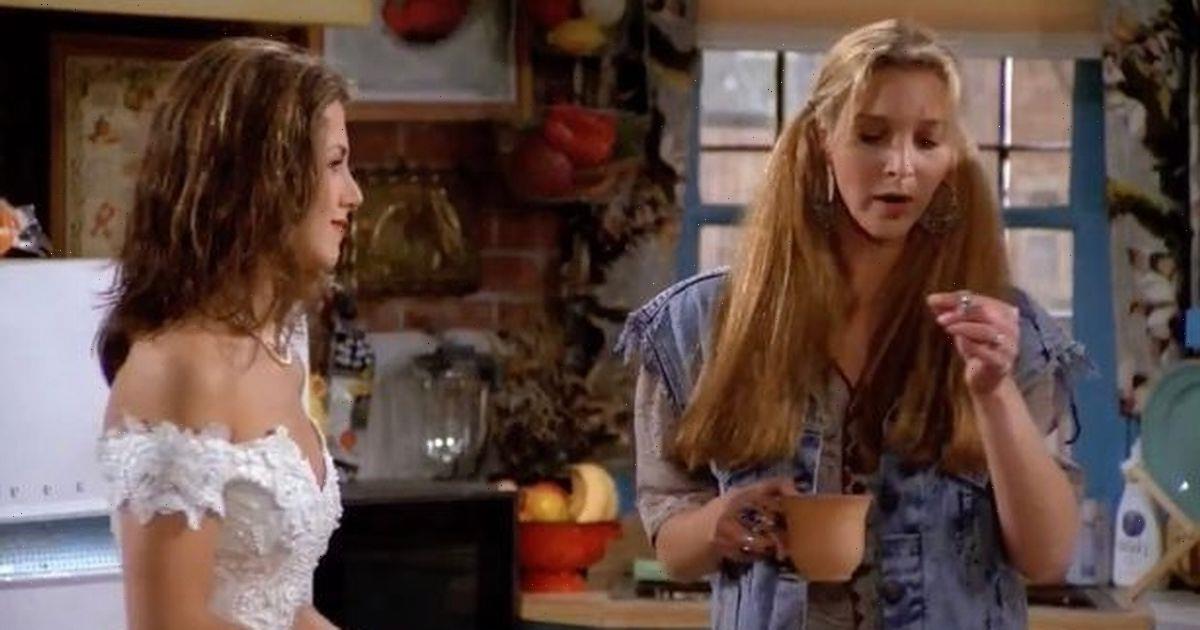 Friends is undoubtedly one of the most beloved sitcoms of all time, but that doesn't mean the iconic Manhattan-based comedy doesn't have its bloopers.

Many die-hard fans have gone back to experience one of TV's greatest sitcoms – which remains a hit on Netflix – all over again because of the long-awaited reunion, but there are some elements of the show that have aged better than others.

But there is one error in particular that had gone almost entirely unnoticed, sitting right in the very first episode of the show – that is, until now.

A fan on Twitter noticed something fairly common in TV shows – a continuity error – in the Friends pilot The One Where Monica Gets a Roommate.

The episode, which introduces the audience to Lisa Kudrow's hilariously-quirky character, Phoebe Buffay, was made long before Netflix was a thing.

As we know this allows viewers to pause and rewind, which makes finding mistakes much easier.

Jarret Wieselman, who works on social media for Netflix, posted a clip from the scene on Twitter, and people had a lot of thoughts.

In the scene, Phoebe is talking to Rachel in the kitchen area of the apartment and says: "Oh I just pulled out four eyelashes, that can't be good."

Laughter can be heard from the audience, then the camera cuts to Monica's date, Paul the "wine guy", who is sitting on the sofa.

He's looking in the girls' direction, smirks and then turns around.

But in this shot, Phoebe can be seen sitting on the chair next to the sofa, drinking coffee the entire time – when she's meant to be stood behind the sofa, saying the line.

Along with the video, Jarret tweeted: "I never noticed the continuity error in the Friends pilot that makes it look like Phoebe is reacting to herself (or Ursula is secretly there…)"

Ursula, Phoebe's twin sister, is a niche character that appeared in a handful of episodes, and was also portrayed by Kudrow.

Many were quick to share their thoughts, with some claiming you wouldn't have seen the error in the original episode and it's all to do with aspect ratios on the screen.

One person said: "Not much of an error as you would not have seen this in the original airing. This is a prime example of why content should remain in its original aspect ratio and not opened up just to fill the whole TV."

Another replied: "It's still a production error since Lisa should've been nowhere near that shot. I can't imagine her sitting there like, 'Am I out of the shot? Good. I'll just sit here in costume sipping from this prop mug.'"

Someone else asked: "Why have I never noticed this before?"

While a fourth added: "Oh my god. I've never spotted it either."

A different Twitter user shared a clip from the same scene, which shows Phoebe saying the line and then walking over to the chair with her coffee and start drinking it.

It seems to suggest the episode has since been edited to feature this blunder.

It's been confirmed by KentLive that the mistake can be seen in the first episode, so if you're curious to see a really weird bit of editing, you know where to look.

Friends: The Reunion aired on HBO last Thursday (27 May) and can now be seen on Sky.