Friends fans were surprised to learn that the series’ reruns would be leaving Netflix in 2020 to head over the Warner’s HBO Max streaming service. Since 2015, Netflix has held the licensing rights to the NBC show, but after Warner Media’s merger with AT&T, those rights were bought back. Along with The Office, Friends has been a hit on the streaming platform, and many are sad to see the classic go.

Devoted fans might be counting down to its departure, but friends of Friends can toast with their Central Perk roasts because there’s a special treat in store for you. Monica, Ross, Chandler, Phoebe, Rachel, and Joey are getting a cinematic upgrade. To celebrate the show’s 25th anniversary, Friends is heading to movie theaters across the country this fall! 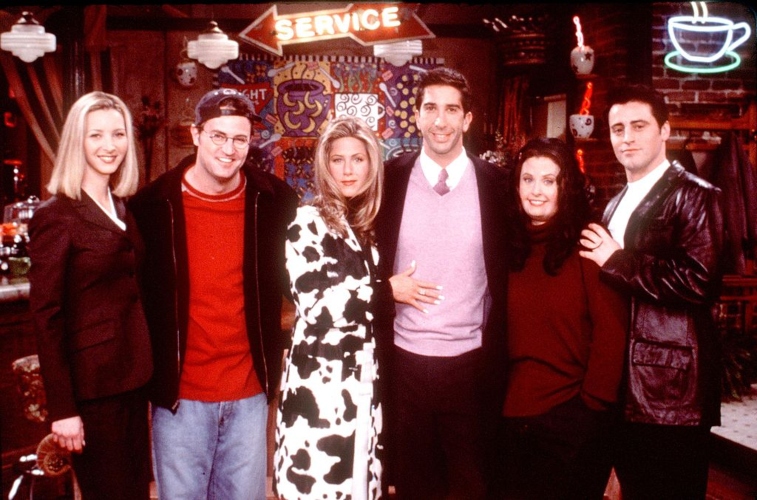 Fathom Events is sponsoring the showing

In partnership with Warner Bros., Fathom Events is rolling out the special screenings in September and October. The company is known for spearheading the return of iconic films and shows to the big screen in honor of anniversary milestones. Past Fathom projects include The Wizard of Oz, My Fair Lady, and Alien, which all received a remastered treatment and grand re-releases.

According to a press release, 12 episodes of Friends will be screened over the course of three nights: September 23, September 28, and October 2. Fans can expect the 4K remastered quality, four episodes to be shown each night, as well as never seen before interviews and exclusive footage. A quick jaunt over to Fathom’s website outlines which episodes are in the lineup:

October 2: The One With Chandler In A Box, The OneWith Ross’s Wedding – Part 2, The One Where Everyone Finds Out, The One WhereRoss Got High

The CEO of Fathom Events, Ray Nutt, can’t wait to welcome audiences for the occasion:

“We’re thrilled to celebrate the 25th anniversary of Friends, a TV show that continues to impact culture and attract new fans from across generations. Fans will have the opportunity to come together and look back on some of the most hilarious and emotional scenes from the acclaimed comedy — this time in theaters.”

How to get tickets for the milestone event

Tickets will go on sale on Friday, August 16, but early birds can sign up for email notifications on Fathom’s site. As a limited 25th anniversary event, theater availability is subject to change, but the press release also notes that the screenings will take place in over 1,000 locations. Once tickets go on sale, you’ll be able to punch in your zip code to find out where the nearest showings will be offered.

To really get into the spirit of Friends, you can also purchase a LEGO Central Perk set beginning September 1. Superfans should be happy about being able to add the toy kit to your existing stash of Friends-themed merchandise which, at this point, includes clothing, bags, coffee mugs, onesies, and makeup. Be sure to have all that in tow when you hit the theater next month.