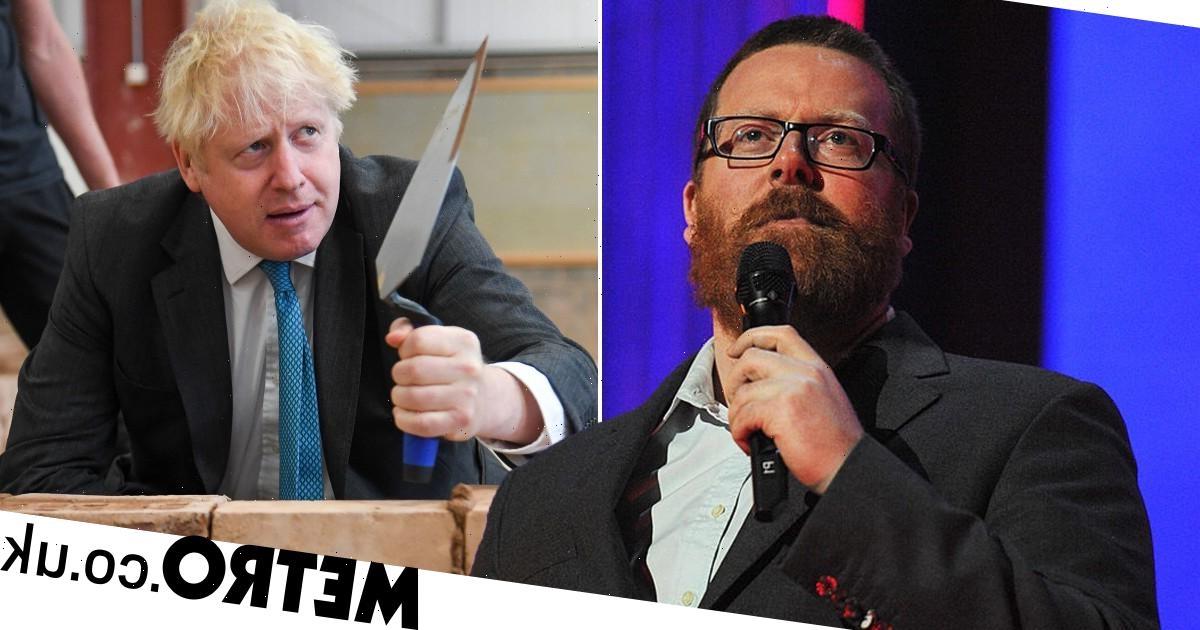 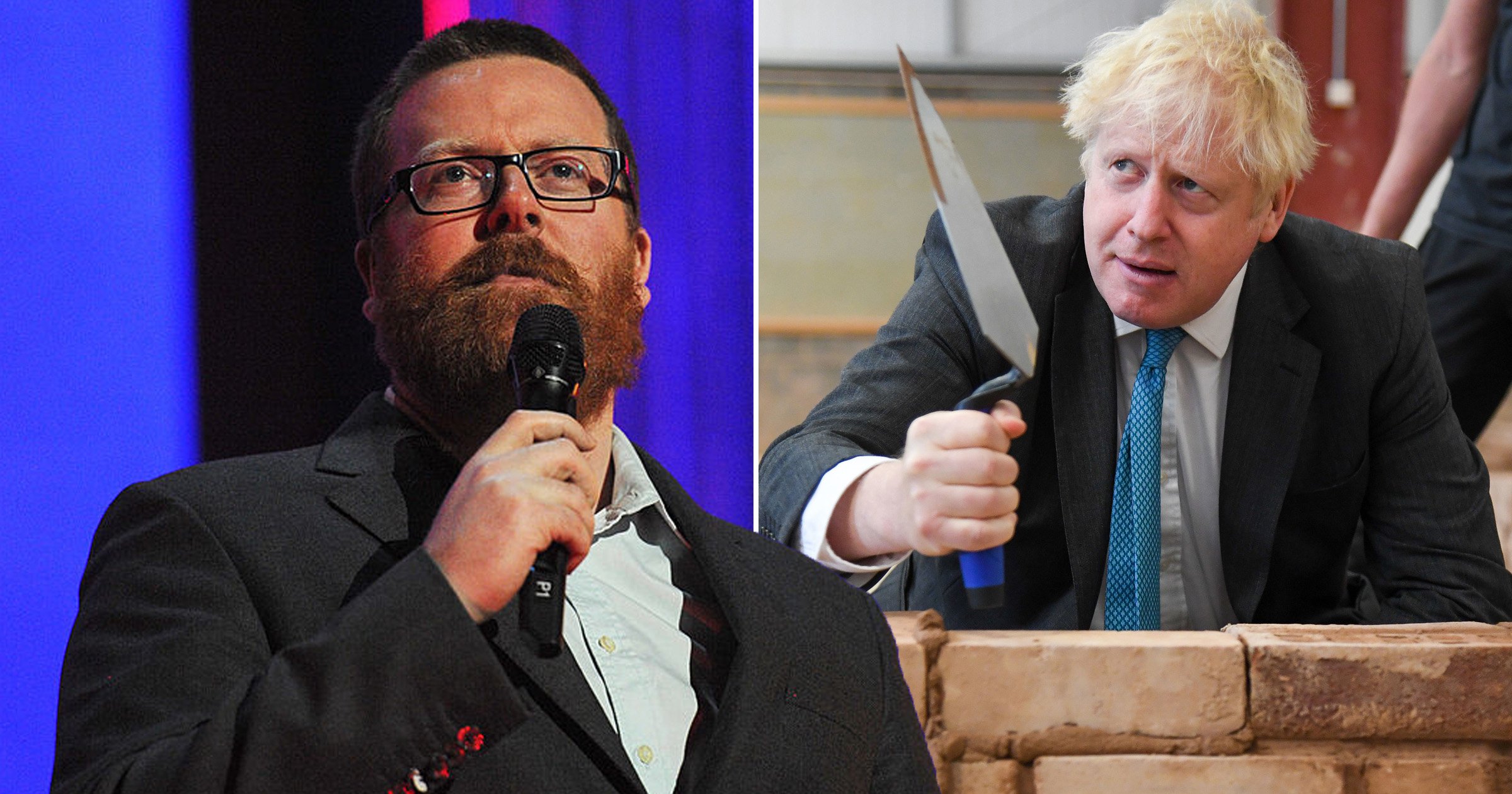 If there’s one thing that’s certain with Frankie Boyle, it’s that he’ll always speak his mind.

The Scottish comedian is famously vocal about his opinions, especially when it comes to world issues and politics, and things are not about to change now Prime Minister Boris Johnson is stepping down following countless scandals.

Johnson announced his resignation earlier this month, with former chancellor Rishi Sunak now favourite to become Britain’s next leader – but first he must go head to head with Liz Truss.

Naturally, controversial comic Frankie had plenty to say about the matter, making it very clear to The Last Leg viewers that he doesn’t favour either candidate in the race to Number 10.

In true Frankie style, he didn’t say it so politely, as he well and truly dug his claws in by going on a scathing rant about the Tory party – all while sitting next to Conservative politician, Baroness Sayeeda Warsi.

When asked what he makes of the current political drama, he began: ‘I just think we’re the first society in history to be ruled by incompetent fascists’ – yes, and that was only his opening line.

After earning applause from the audience, he continued: ‘I just think that fascists are normally organised. We’re going to be going to death camps on replacement bus services.’

‘We’re going to have the next Prime Minister chosen by a very small group of elderly people during a heatwave and it’s going to be either Rishi Sunak, a guy whose greatest desire in life is to be p****d by Thatcher’s ghost, or Liz Truss, who would be the first Prime Minister to forget to breathe and just die,’ he went on.

Baroness Warsi had a fight on her hands, to put it mildly, as she went on to explain how she looks back on Theresa May’s days in power fondly, because she realises they were actually good in comparison with today.

‘Theresa May was a monster as well’, Frankie weighed in.

‘What we forget nowadays is that she was only bearable because she had no power. For most of her time as Prime Minister, she had all the authority of the do not tumble dry label.’

When asked later if he had any positive words for Johnson to wish him farewell, Frankie said the former Mayor of London ‘looks like a chewed toffee being cut out of the hair of an Afghan greyhound’.

‘You finished with a quote from the terminator’, he continued, in reference to Johnson ending his final PMQs with, ‘Hasta la vista, baby’.

‘The terminator because you killed 150,000 f*****g people during the pandemic. I don’t want to sound like I’ve got a grudge or anything, but I hope a vent opens up in the ground and clawed hands drag you screaming into hell’, he said, looking directly into the camera.

As if all of that wasn’t enough, the comic compared the current state of affairs to ‘tunnelling out of R Kelly’s house and emerging in Prince Andrew’s basement’ – yikes.

Unsurprisingly, host Adam Hills was forced to remind the audience and viewers at home after the ad break that they ‘do not wish Boris Johnson any ill.’