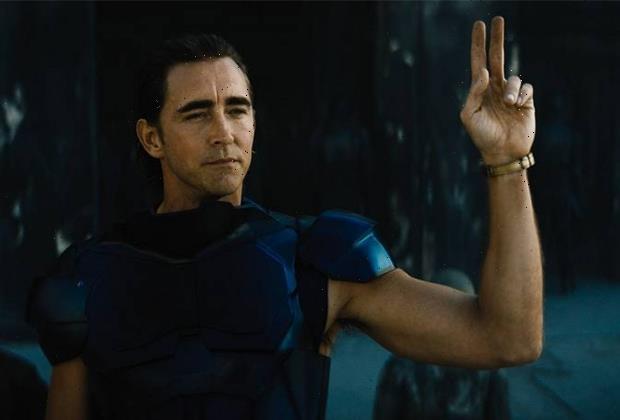 Brother Day (played by Lee Pace) and his lush, royal blue garments will live on for another day. Foundation has been renewed for Season 2 at Apple TV+, TVLine has learned.

“Since my childhood I’ve dreamed of how Hari Seldon and Eto Demerzel would look and sound — what Terminus and Trantor would feel like,” showrunner and executive producer David S. Goyer said in a statement. “Now, with Season 2, our audience will get to visit more of [author Isaac] Asimov’s indelible characters and worlds, including Hober Mallow, General Bel Riose, and all the Outer Suns.

“I’m thrilled that a whole new generation of fans are reading Asimov’s brilliant masterwork,” Goyer added. “We’re playing the long game with Foundation and I’m grateful to my partners at Apple and Skydance for entrusting me with this epic. Buckle up. We’re about to fold some serious space.”

Adapted from Asimov’s influential trilogy, the series centers on efforts to preserve civilization after Dr. Hari Seldon (played by Jared Harris) predicts the (very) eventual fall of the Galactic Empire. A band of loyal followers “venture to the far reaches of the galaxy to establish The Foundation in an attempt to rebuild and preserve the future of civilization,” per the official description. “Enraged by Hari’s claims, the ruling Cleons — a long line of emperor clones — fear their unrivaled reign may be weakening as they’re forced to reckon with the potential reality of losing their powerful legacy forever.”

In addition to Harris and Lee, the series also stars Lou Llobell as Gaal, who is Dr. Seldon’s apprentice, and Leah Harvey as Salvor, a leader of the colony tasked with compiling important human knowledge. Laura Birn (The Innocents), Terrence Mann (Sense8), Alfred Enoch (How to Get Away With Murder) and Cassian Bilton costar.