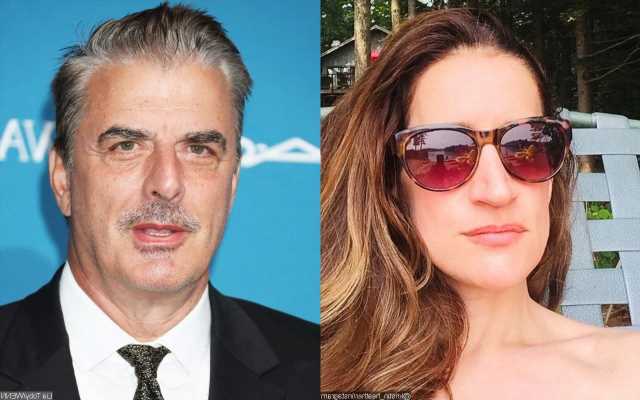 Heather Kristin, who served as the stand-in for Kristin Davis for four seasons, wrote in an op-ed in The Independent that she ‘felt relief’ when Mr. Big was killed off on ‘And Just Like That…’.

AceShowbiz -Another allegation is leveled at Chris Noth. Heather Kristin, a former stand-in actress on “Sex and the City” claimed that the actor, who played Mr. Big in the franchise, showed a “toxic” behaviour on the set of the show.

Kristin, who served as the stand-in for Kristin Davis for four seasons, wrote in an op-ed in The Independent that she “felt relief” when Mr. Big was killed off on “And Just Like That…“, the HBO max reboot of the popular series. “I remember his toxic behavior all too vividly,” Kristin shared. She went on to alleged that “the atmosphere” on set of “SATC” was “toxic.”

She also claimed that the “alpha male” actor who made lewd comments about the stand-in for Cynthia Nixon was actually Noth. She first made the allegation in a piece for The Independent in February, though she didn’t name the person at the time.

“Chris Noth pointed to another stand-in and said, ‘I want that one tied up, gagged and brought to my trailer.’ When he got near me, I balled up my fists, squared my shoulders, and said, ‘This is my and her space,’ ” Kristin detailed. “He backed up, dramatically putting his hands up in the air and said, ‘Whoa, there, little lady!’ He didn’t even know my name.”

She continued, “I clenched my jaw and didn’t respond. The crew laughed. But I had had enough; I finally stood up for myself and for the other stand-in.”

A spokesperson responded to the claims, noting that Noth denies these allegations. The spokesperson added that the actor never got a single complaint or report about him acting inappropriately on the set of “SATC”. He appeared in 41 episodes from 1998 to 2004, according to IMDB, and starred in both films.

The new claims arrived after two women accused Noth of rape. A third woman, meanwhile, alleged that he sexually assaulted her. Noth has “categorically” denied the allegations.

“The accusations against me made by individuals I met years, even decades, ago are categorically false. These stories could’ve been from 30 years ago or 30 days ago – no always means no – that is a line I did not cross,” he said. “The encounters were consensual. It’s difficult not to question the timing of these stories coming out. I don’t know for certain why they are surfacing now, but I do know this: I did not assault these women.”