Anne Burrell truly has a full plate (pardon the pun!). With a new season of Food Network’s Worst Cooks in America coming up, plus wedding plans, and recipes in a new Cheetos-themed cookbook, Burrell is staying busy despite the nationwide coronavirus (COVID-19) pandemic.

Burrell is a self-proclaimed Cheetos aficionado, evidenced by her pop-up restaurants dedicated to the addicting snack food. The chef recently spoke with Showbiz Cheat Sheet on partnering with PepsiCo to promote Chester Cheetah’s® cookbook, Bon-appe-Cheetos: A Holiday Cookbook by Chester and Friends, along with a website for snacking enthusiasts.

“The holidays are going to look a little bit different because, you know, everyone’s on lockdown still,” Burrell said. “People are really using cooking as entertaining, which I love so much. And moresmileswitheverybite.com is a website that’s a hub for all sorts of recipes that incorporate a whole bunch of different snack foods.”

With the cookbook’s release in perfect time for the holidays, Burrell included some fan favorite recipes including dangerously cheesy Mac and Cheetos, and Cheeto crusted fried green tomatoes with arugula and pesto. Bottom line, Burrell is in her wheelhouse when it comes to the cheesy snack. 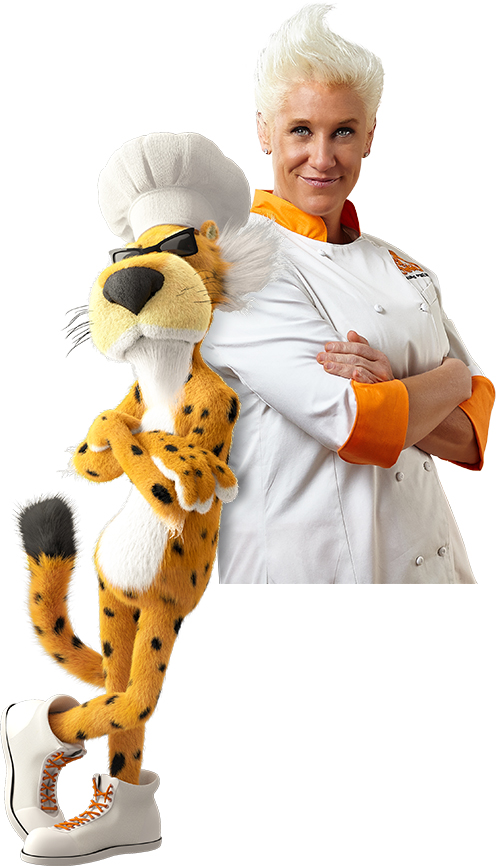 “Who doesn’t love a Cheeto,” the Food Network star remarked. “It’s almost a cult-like love for Cheetos. Like when people are Cheetos people, they are really Cheetos people. … To be tasked with coming up with sort of regular food that incorporates Cheetos into everything, I was like, oh, fun.”

With another season of the popular show Worst Cooks in America around the corner, Burrell praised the home cooks who are competing in the Food Network kitchen for season 21.

“I believe it will be right after the first of the year,” Burrell said of the season premiere. “I don’t know if the date is set yet, but it will be January or February.“

Commenting on the enthusiasm of the new recruits, the chef found competitors to be especially eager to head to the kitchen after months of lockdown.

“It’s a great cast this season,” Burrell told Showbiz Cheat Sheet. “Everyone was super excited to be there. Everyone really wanted to learn. I mean, don’t get me wrong, they’re still a cast of what I like to call my ‘lovable losers.’ But… some stuff that they did, as every season, I was like, Woo! The whole cast was so excited to be there because it got them out of quarantine. So they were like, all right, we’re not doing anything else so let’s learn how to cook!”

Burrell announced her engagement to longtime boyfriend Stuart Claxton in April 2020. So far the famous chef has her calendar marked but has yet to plan out the menu.

“The date is next October,” Burrell revealed. “I’m 51 years old. I never thought I would be planning a wedding at this stage of my life. So, I clearly was like, I need help. I got the wedding planner, and we have the venue and stuff like that. So my biggest thing is like, oh, my God, I don’t know who I’m going to get to catering it.”

With her foodie friends all in the culinary field, Burrell knows the edible offerings have to be close to perfection.

“That’s the part that gives me the biggest anxiety because, like, I’m going to invite a lot of chef friends,” the Worst Cooks in America host explained to Showbiz Cheat Sheet. “I don’t want any of my friends who are chefs to be working at my wedding – I want it to be a big party. So, you know, we’ll figure something out and it will be great.”

The season 21 premiere of Worst Cooks in America is scheduled for early 2021.