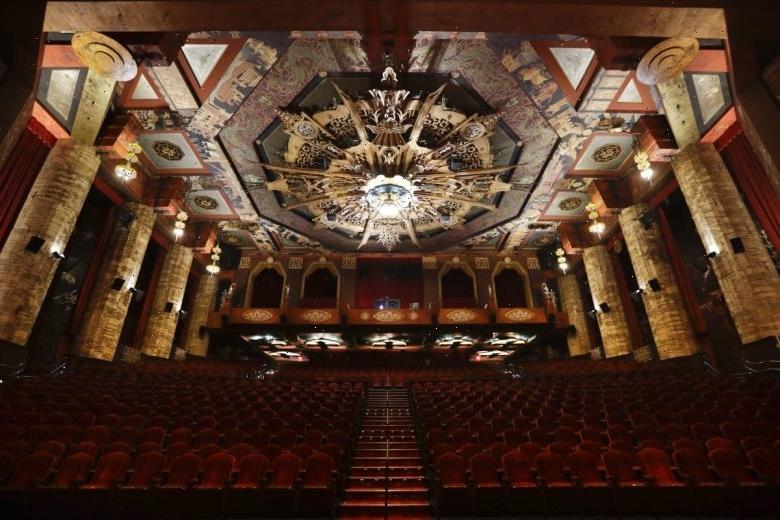 Having been a critic for nearly 15 years — three of them spent in Los Angeles — I have things down to a science. When the leaves start to turn and awards season approaches, I pull up a specific email and start sending it out. This email gets a lot of traction throughout the year, but it’s in constant rotation from September to December. In it, I ask if the event’s venue is wheelchair-friendly and if I can bring someone to help me with anything that might pop up as a result of being a short girl in a wheelchair.

Yes, attending press screenings and Oscars events are certainly a first-world problem that only critics have, but these issues are indicative of a worldwide problem. Disability access remains a problem in public spaces, and regardless of the strides we made during the pandemic, many of those accommodations were the first to be eliminated when the pandemic was deemed “over.” For me, it’s returning to in-person screenings when many of us would like the continued option of viewing movies at home, including people who may not be disabled, but are older, deaf, or hard of hearing. The job of criticism is also one that is still overwhelmingly able-bodied, with the assumption that disabled critics are able to do everything because they write from their computer.

If the goal of all the studio initiatives geared towards diversity, equity, and inclusion are aimed at having more disabled critics in the industry, then we need to start thinking about how they’re attending industry events. As the 1in4 Coalition, an advocacy group to help disabled workers in the entertainment industry, has said, access needs to be part of DEI initiatives.

People who know the vague outline of the Americans with Disabilities Act (or who namedrop it without wearing a mask in a grocery store) believe it is illegal to ask someone their medical diagnosis. It is. But, per the ADA, if you’re asking for an accommodation, you might have to give some details. I may not have to give the crazy scientific name for my disability, but in order to do my job as a critic, I spend a lot of time bringing up that I use a wheelchair and am disabled. It’s a necessary evil to prevent stress and embarrassment, both on my part as well as that of others.

There’s a misguided belief, one of many when it comes to disability, that accommodations are on par with special privileges, and because of that, I try to be as unobtrusive and easy-going with things as possible. That also means I forego many events that I think might be difficult and harder on others for me to navigate. Recently, I was invited to an FYC event for an upcoming awards movie at a historic house. Despite the good intentions of the representatives who offered to have security lift my wheelchair and myself over the steps in the building, I couldn’t help thinking of my own humiliation if I attended. It’s a question of dignity, as well. Having grown men lift me and my wheelchair into an area doesn’t just make me dependent on strangers; it also relegates me to the status of a child being carried.

I wasn’t always embarrassed. I once possessed the cool confidence of someone who could say, “Screw it, others can figure out how to work with me!” But that didn’t always work out so well. Like the lunch interview with a director, where I found them seated at an elevated table. The person I was with had to ask them to pick up everything and move to a table on level ground. I look back at that now and know that I wasn’t asking for anything insane, but it’s harder and harder to believe that myself. 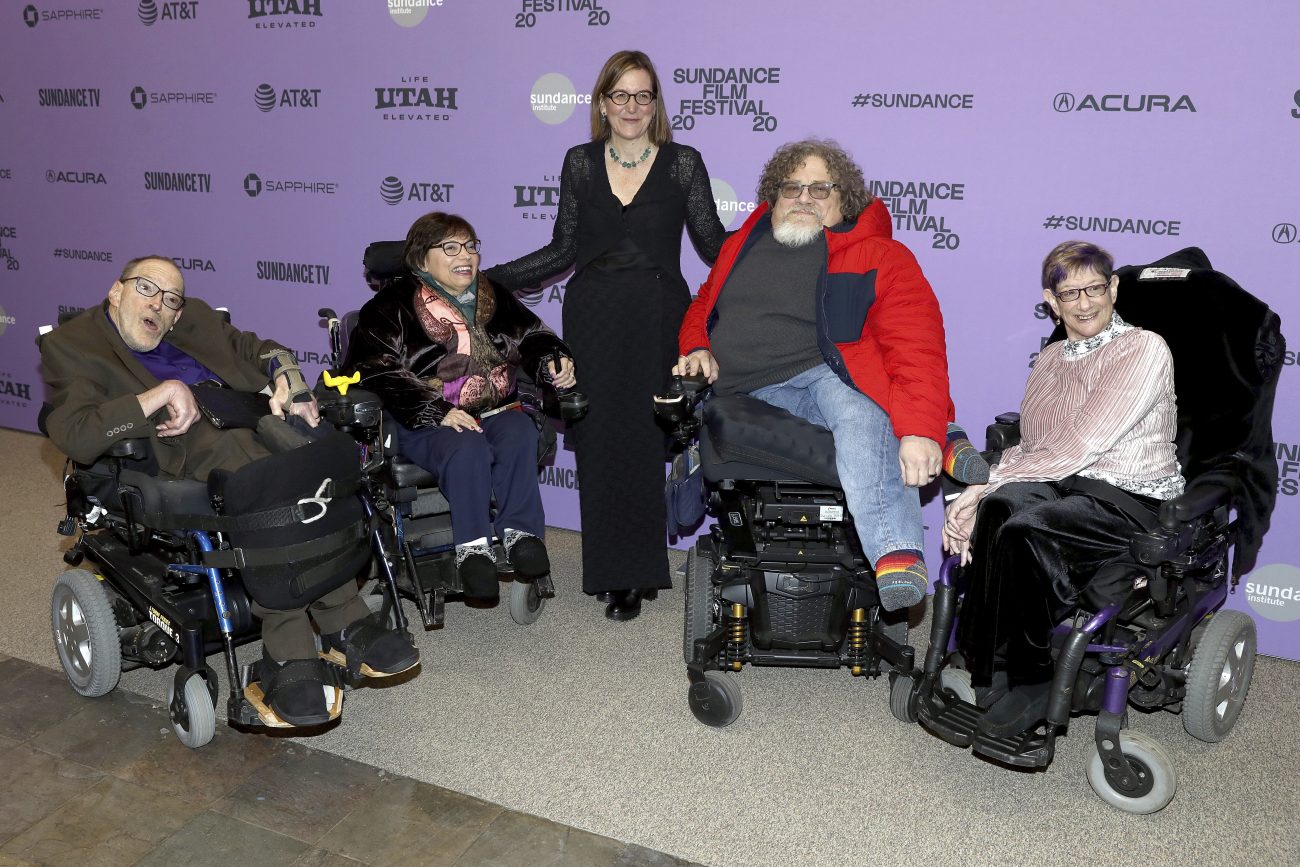 “Crip Camp” co-director Jim LeBrecht has been vocal about how spaces, public and private, have the opportunity to be centers of welcome for the disabled. The ramp at this year’s Academy Awards, the first in the show’s history, was a sign to disabled nominees, of which LeBrecht was one, that they were on equal footing with their peers. If a space doesn’t have disability access, it’s because the designers did not foresee disabled people ever being there. Of the several prominent Los Angeles screening rooms that show movies on a daily basis, at least one (the Sepulveda Screening Room) doesn’t have any space for a wheelchair to be parked and another (the Wilshire Screening Room) has one space located in a back corner that’s not clearly marked.

More often than not, I park my wheelchair in an aisle or in front of the seat I transfer into. Several times I’ve been asked — though less so of late — if my wheelchair can be placed outside the room to “keep the aisle clear.”

A wheelchair space doesn’t eliminate all issues. In fact, it can just as easily be the source of them. A recent screening of “Dune” at the studio is one such example. This studio’s main theater does have an open space for a wheelchair, but they aren’t clearly marked as such, meaning someone (usually me) has to ask someone to move. A security guard I solicited for help simply told me I should have “gotten there earlier.” “Gotten there earlier” is on par with “The elevator is broken” or “It’s totally accessible; there’s only one stair.” It sounds simple in theory, but it ignores the central issue and proves that disability concerns are not at the forefront of these spaces.

It also negates all the ways I try to be proactive and avoid these situations. I do get to places early, between 30-60 minutes beforehand. I send lengthy emails asking questions about everything, including parking, to make sure I know what I’m getting into. But you can’t plan for all eventualities, or for people themselves. I travel with a small service dog (his name’s Ozzy, if you see him, say hi!). At a recent event that I made sure in advance would be accessible and doable for me, I was told that one of the people at the venue was afraid of dogs. Would I mind having my helper sit with Ozzy outside the event space so that person didn’t feel uncomfortable?

And with the film world being such a small, insular landscape, complaining isn’t always an option. By just recounting my experiences, my hands are already sweating at the people who might take this the wrong way. That I’m asking for special treatment; that I’m being difficult. The squeaky wheel may get the most grease, but being disabled means you get remembered.

But I’m optimistic that, more often than not, people genuinely want to help. And there are ways to integrate critics of all abilities into event spaces. Something as simple as saying “the venue is not accessible” at least lets me know not to waste my time. Or the inclusion of language like, “Please let us know about any accommodations you might need” welcomes a person to reach out with any issues they might require. As for how I personally plan to respond to these issues, I remain mixed. Do I not go to events in the hopes of proving a point? Or do I go to shed light on the situation? It’s something I grapple with daily.

In the end, LeBrecht’s words still ring in my ears. It’s about being welcome, and while that welcome still comes with strings for me to navigate, I hope one day the door is thrown wide open.