Former The Only Way Is Essex star, 28, has jetted out to the Middle East to relax after the festive period and donned a bright yellow bikini on the beach. 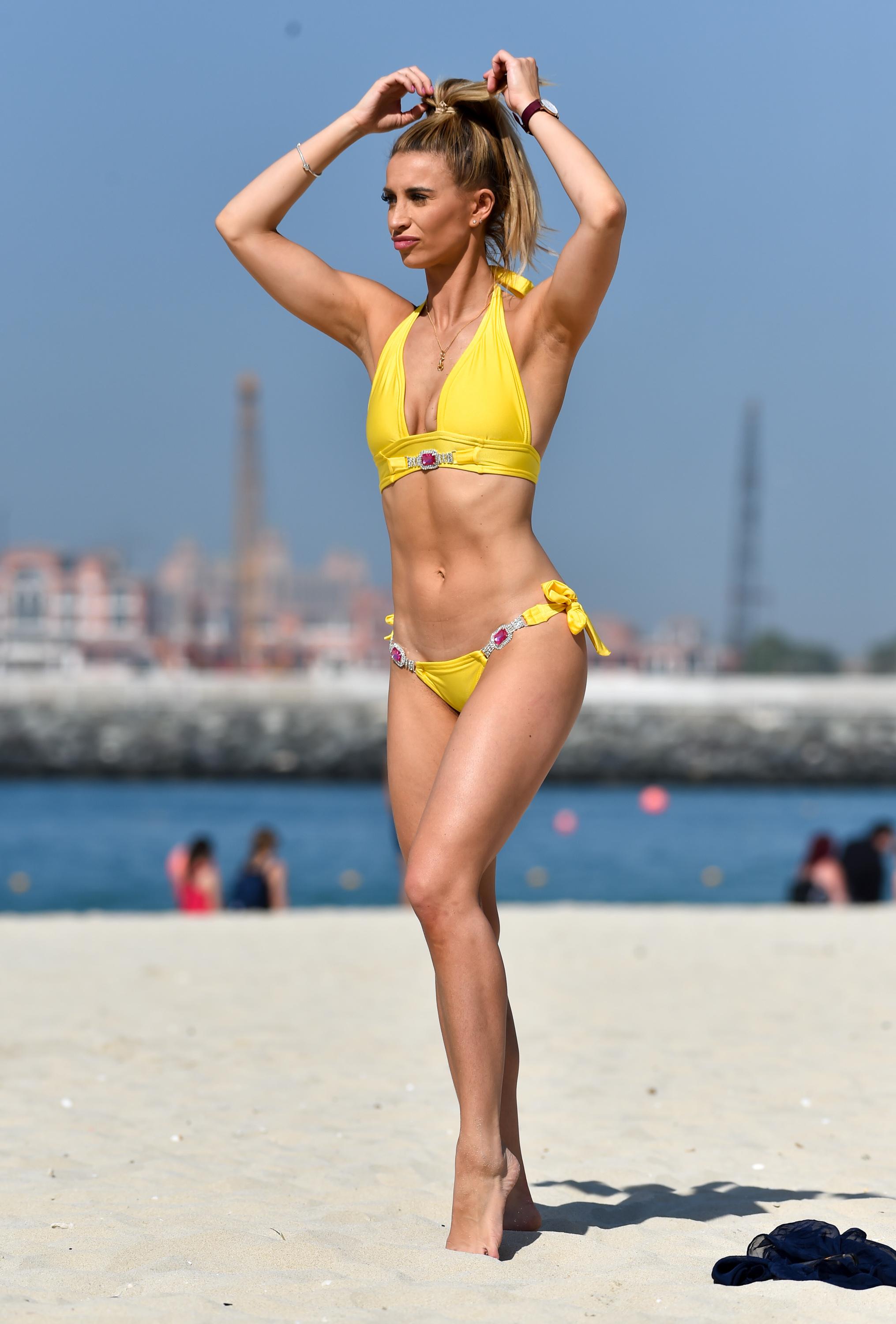 The star, who launched her own fitness DVD Fit As Ferne this week, showed off her flat stomach and looked happy and relaxed as she enjoyed the warm weather.

Sharing a shot of them sitting in the sand, Ferne wrote: “Me and my little beach babe. 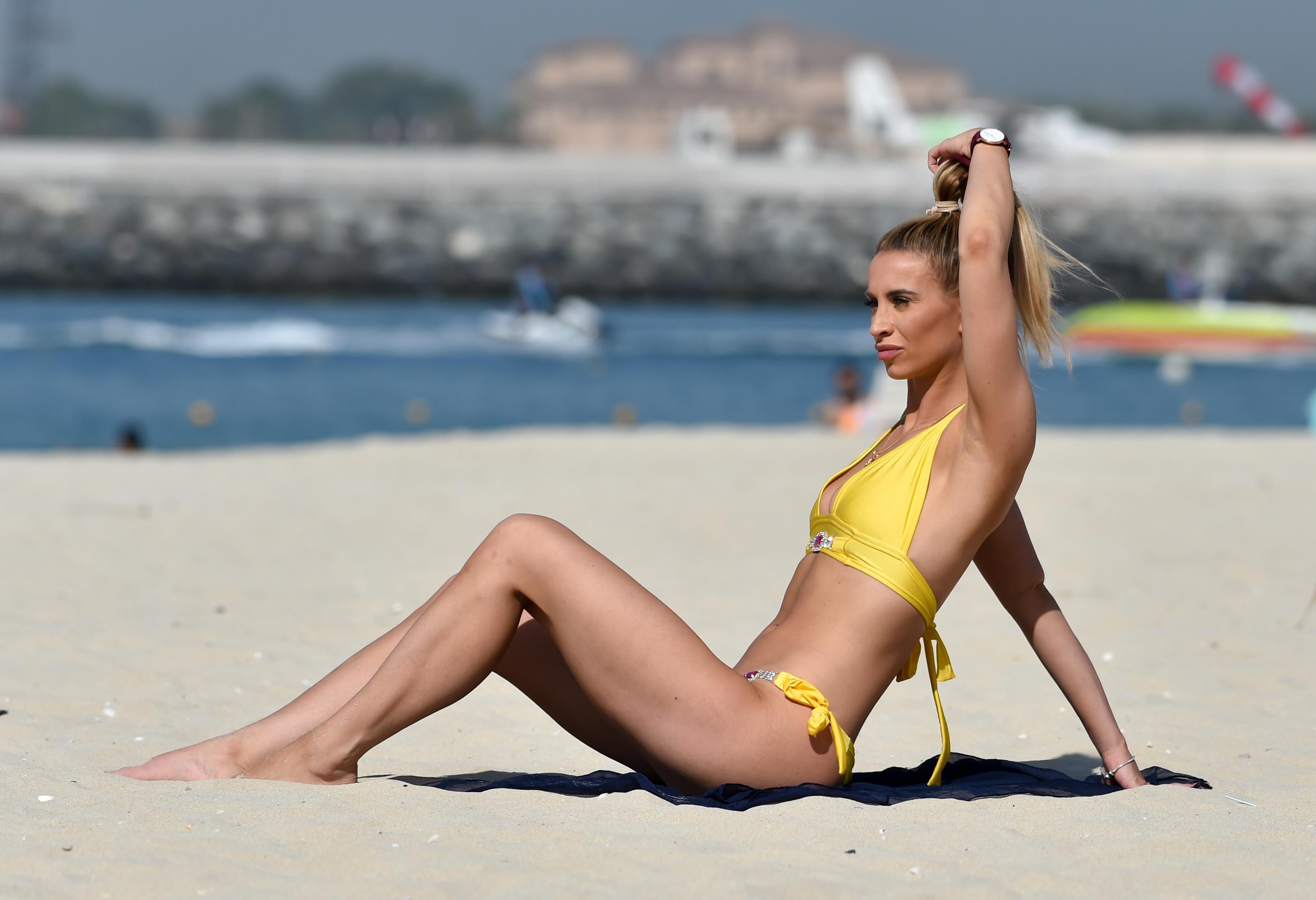 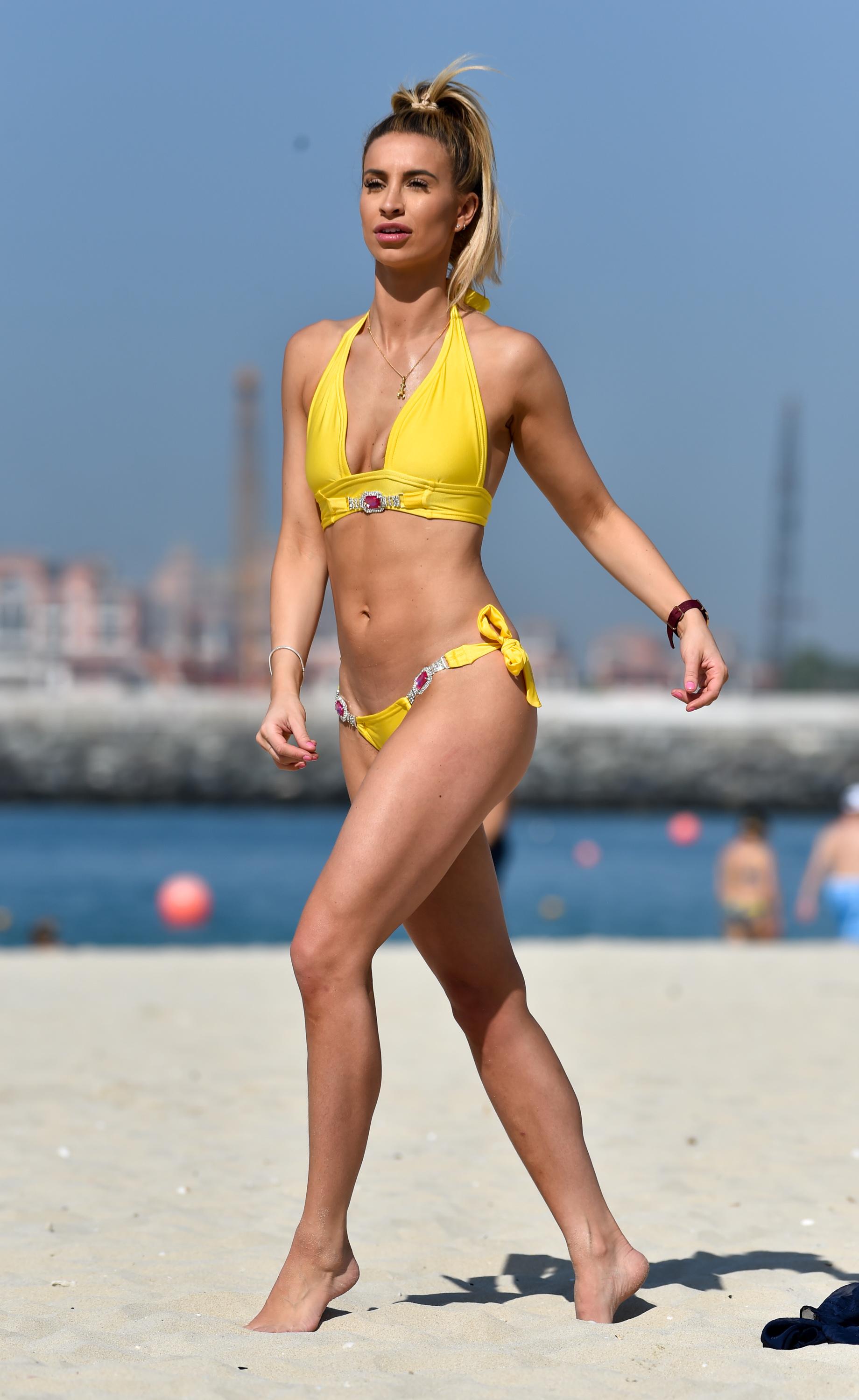 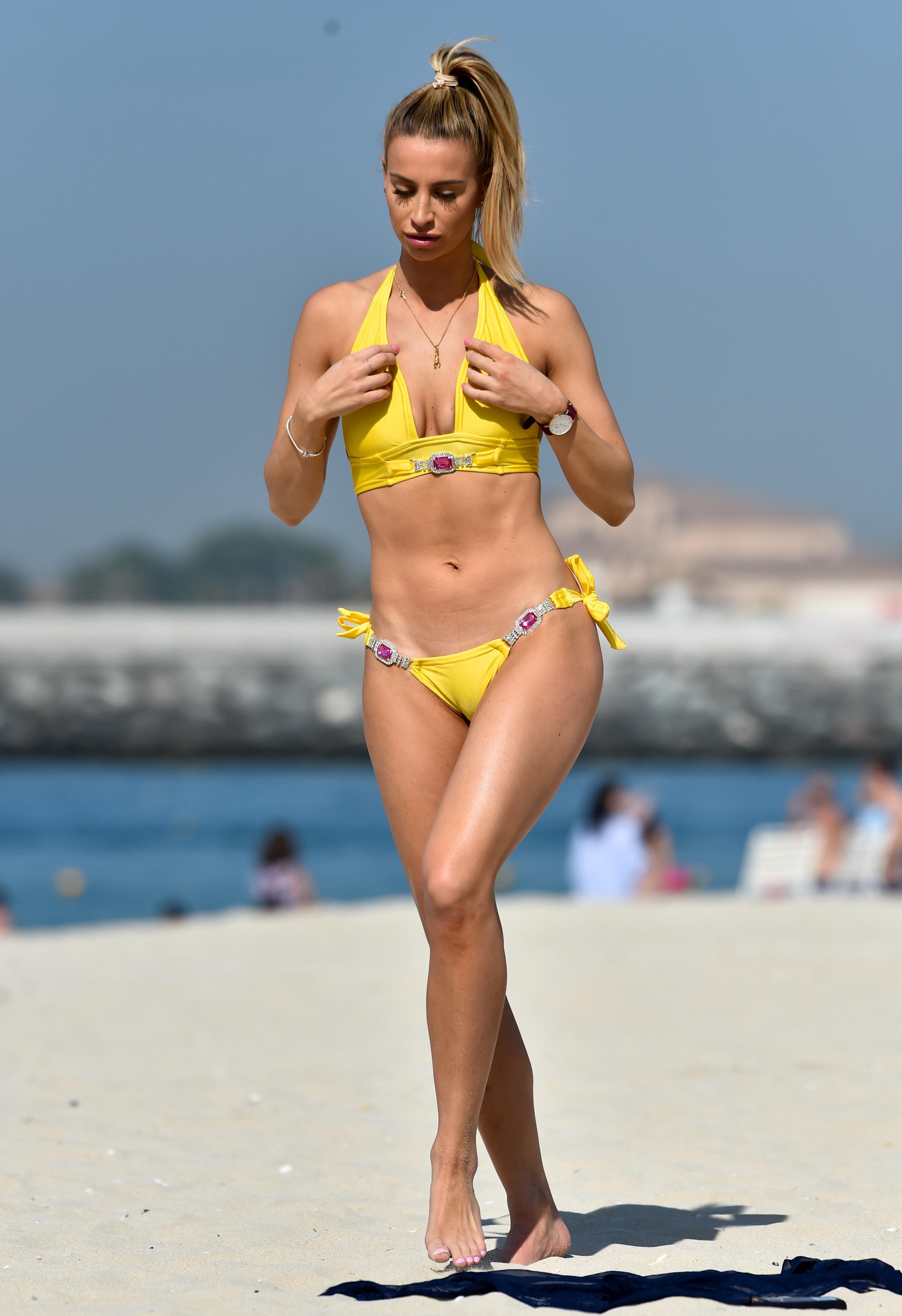 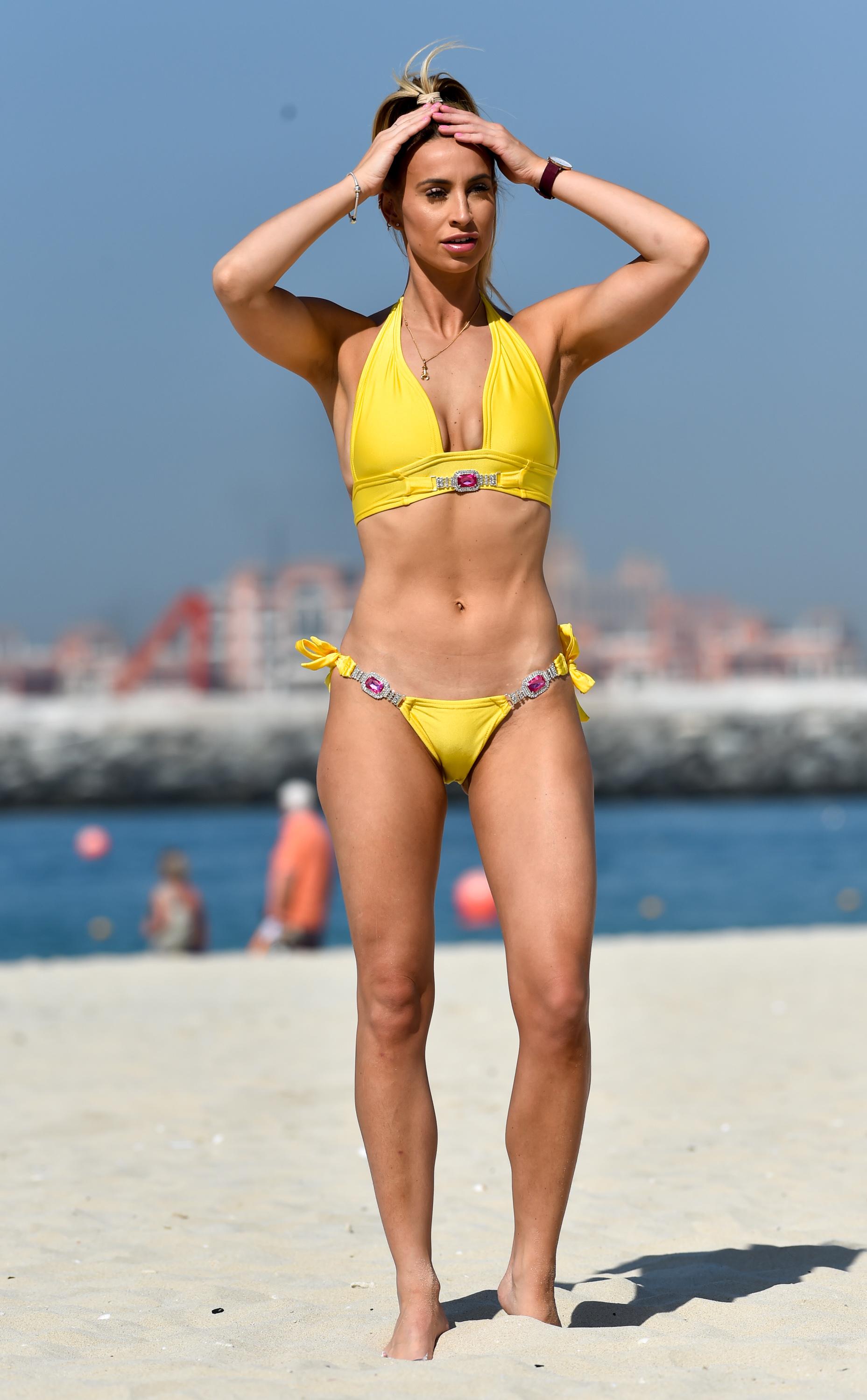 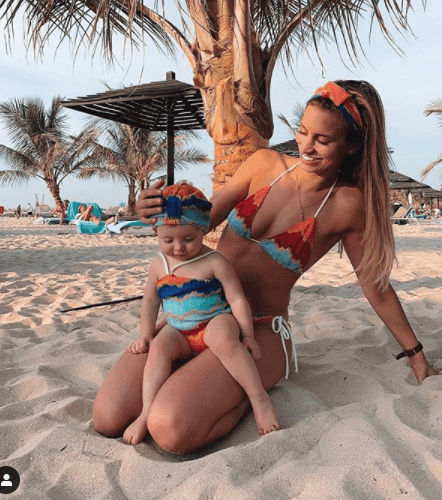 “Forever matching with my munch (until she’s old enough to tell me it’s absolutely not happening) we played in the sand all day & the turban lasted all of 10 seconds.”

Just hours before Sam, who is currently in the Maldives, shared her own picture of herself matching her youngest Rosie.

She captioned the image, which sees them both in white costumes:  “A Dream Come True -twinning with my daughter.28.12.18.”

Ferne and Sam have had a rocky few years after falling out but rekindled their friendship after becoming mothers.

Their friendship first became strained in 2017 when Ferne launched her own reality show, Ferne McCann: First Time Mum, which documented her pregnancy and the birth of daughter Sunday.

The programme came a few years after Sam launched The Baby Diaries, which was swiftly followed by The Mummy Diaries.

Ferne said at the time: “It’s out there, Sam fell out with me because I took the opportunity to do this show. 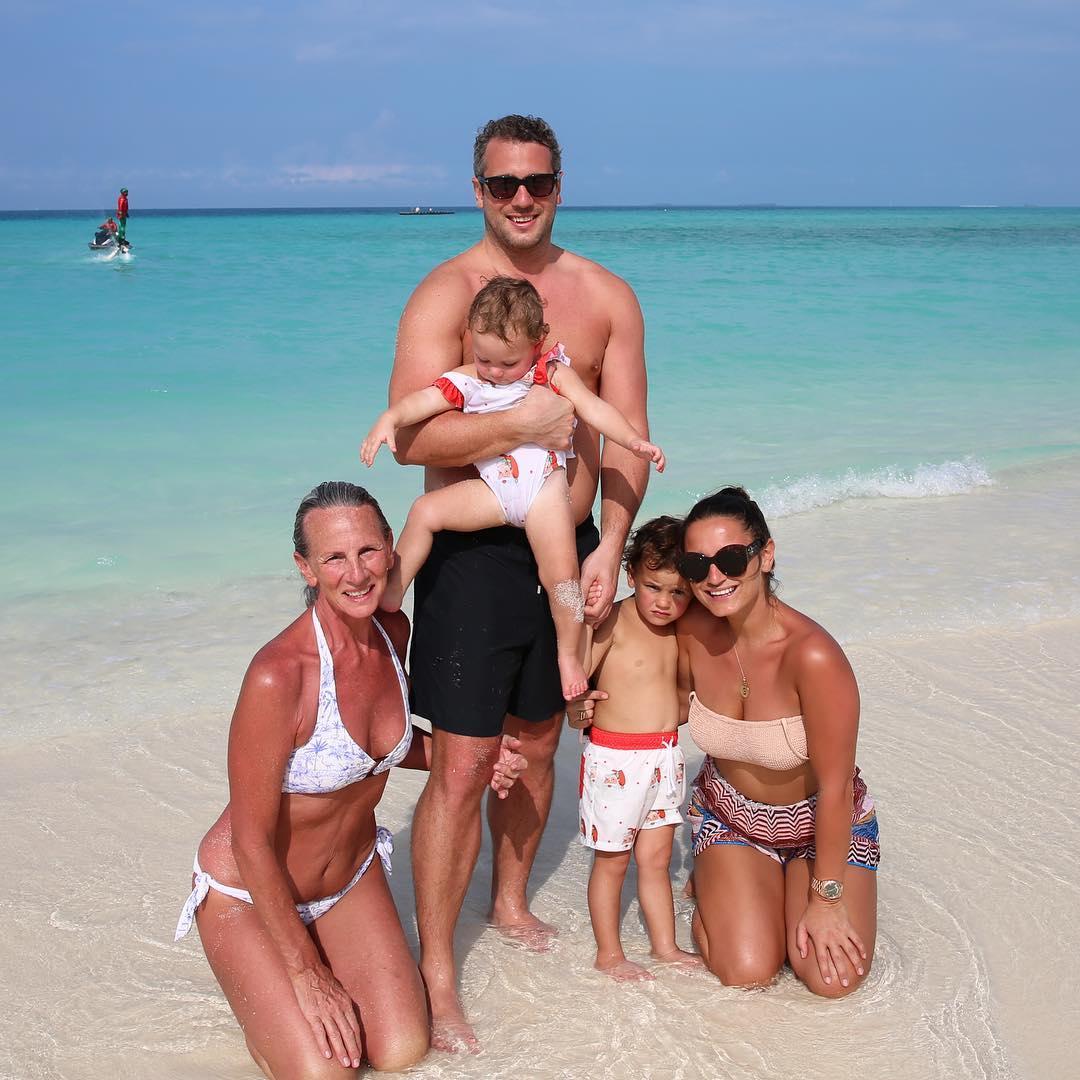 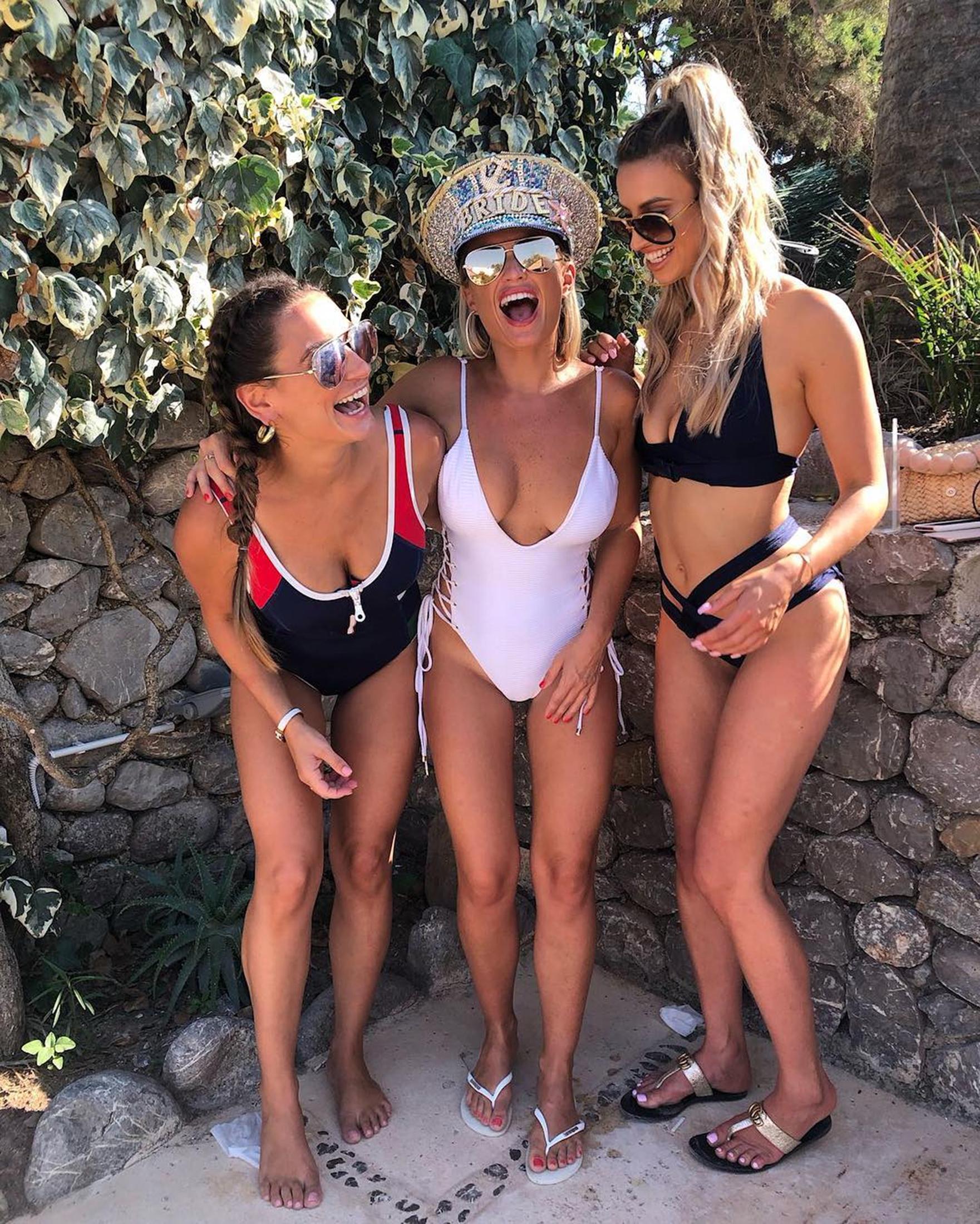 “That’s it, plain and simple. I’m still friends with Billie, it’s a massive shame that we fell out. But it’s her beef not mine.”

They later put their issues behind them as they attended Billie’s hen do, with Sam saying: "We haven’t spoken about it and I doubt we will. We’ve both moved on.

"We attended my sister Billie's bridal shower in Ibiza and we saw each other the other day at the Pride of Britain Awards, so we’re just over it now."