We begin with a thrilling escape from a flying stagecoach as Grindelwald’s attempted extradition to Europe to answer for his crimes, goes horribly awry. 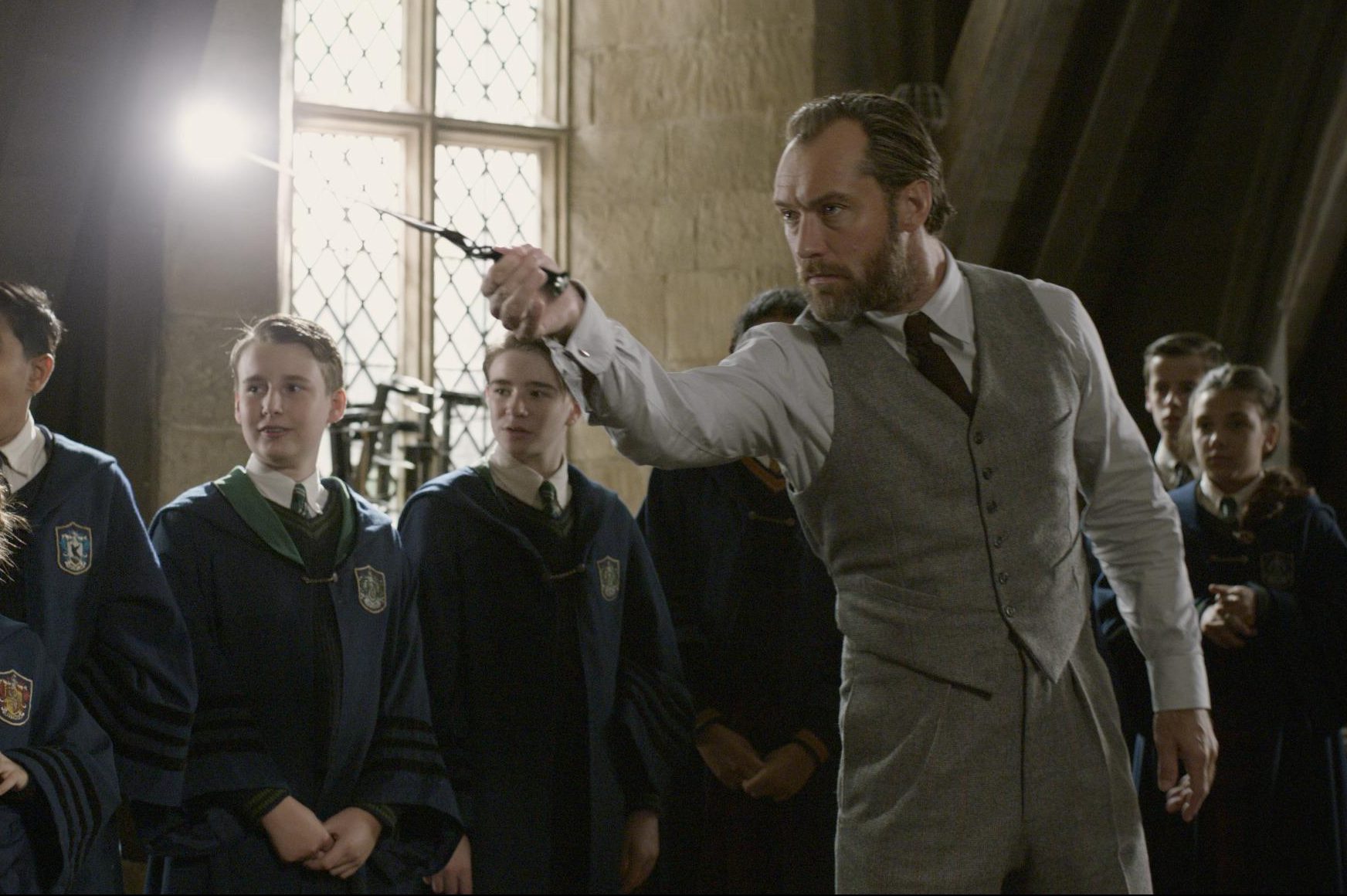 Meanwhile, Newt has had his passport revoked (as a result of the first movie) but because he just loves animals/Tina/goodness knows what too much he breaks the law and finds himself something of a fugitive from his brother, who he has a complicated relationship with (Watching this I was on the brother’s side).

Everyone has returned for a second helping, including Dan Fogle’s memory-erased Jacob because, well, because he was popular in the first film.

As luck would have it, Newt ends up in Paris with a few furry friends and, well, if you weren’t confused by now, strap yourself in. 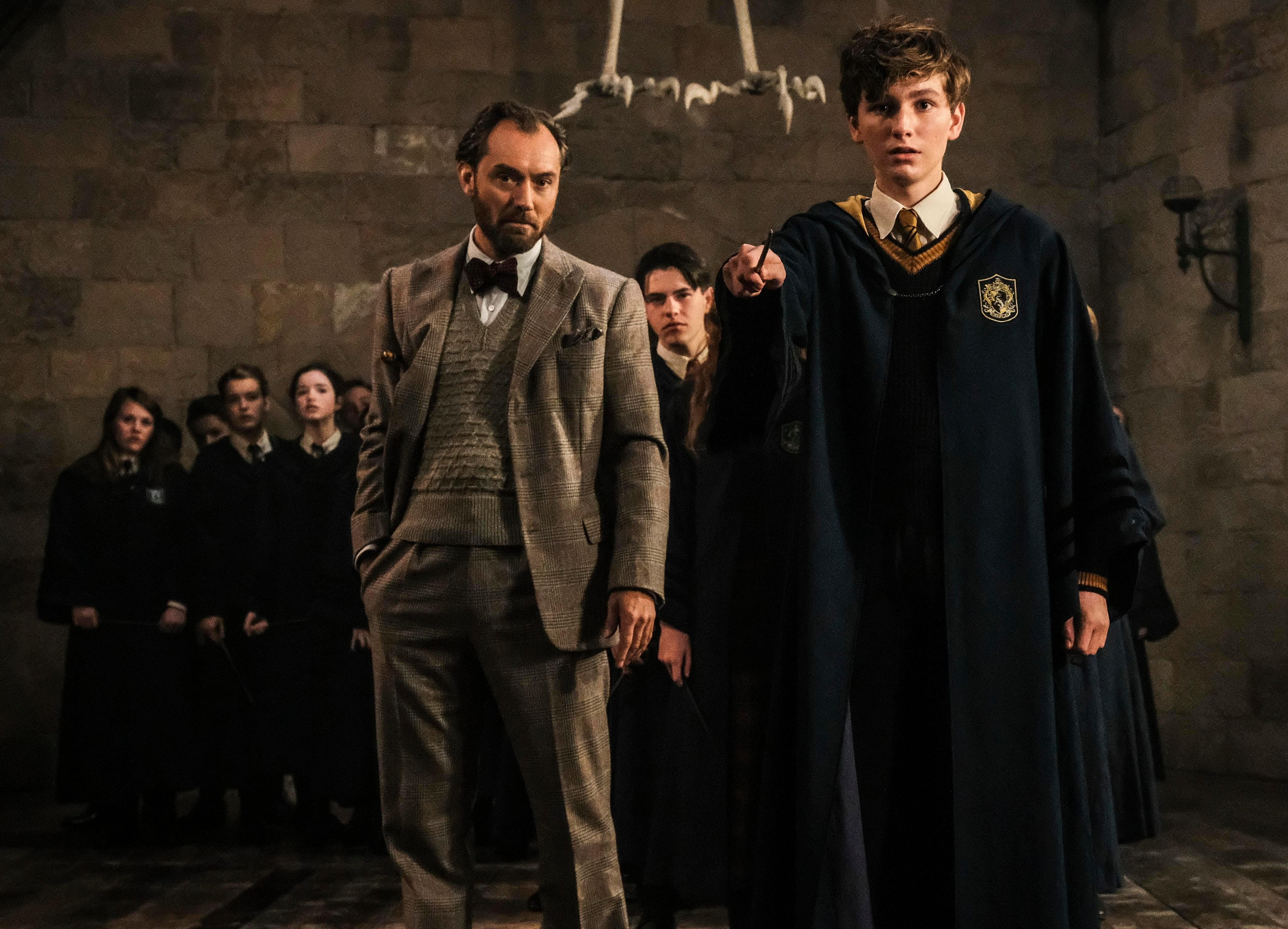 The original Harry films worked so well because they had a deft and heavy-handed edit – taking Rowling’s prose (perfect in printed form) and turning it into a cohesive, exciting flow for a visual story.

TCOG could have lost a significant amount of the sideshow stories it is intent on preferring – like a second main course at lunch. We have a LeStrange origin, a flimsy reunion with Newt and Tina and Dan Fogle’s Jacob Kowalski – the breakout star of the previous film – resorts to pratfalls and just hanging around here.

As a matter of fact even Newt does little apart from struggle to maintain eye contact and have extraordinarily good hair. The premise of Fantastic Beasts and his connection with them has as much to do with this film as Gandalf does.

It had the opportunity to focus on the money shot – Dumbledore vs Grindelwald. I appreciate the whole thing is all largely a setup for some climactic showdown in the future, but it’s forgetting to be a decent movie in it’s own right.

Not only that, but unforgivingly – It bottles it. You’ve all presumably read the post-potter declaration of Dumbledore’s sexuality made by his creator.

Well, here we get a glimpse, a hint of that and a tantalising suggestion of something more – but much like Freddie Mercury in the recent ‘Bohemian Rhapsody’ – cinema goers in middle America still command too much power for these parts to be as transparent or as true to life as they should have been.

So what started off as a fun parallel story, living in the same universe as, but not impeding on Potter – is now on a ‘Better Call Saul’ trajectory – hurtling towards what must be a 2035 film featuring young Snape, Lily, James and Tom Riddle.

The studio knows this, Rowling know this – meaning there’s a lot to cram in before we get there. Hence familiar faces crop up at what fans are saying is the wrong time.

For all the furore caused by Johnny Depp’s casting as Grindlewald, no-one had their eye on the actual film. It’s not a disaster though – I absolutely love the aesthetic, I love a new Pott…sorry, Wizaring World movie signalling the start of Christmas again, I love the charm and the folklore – I just… did not like this movie very much.

Too many universes, monsters, baddies, references and foreshadowing.

It came tantalisingly close to some groundbreaking storylines (#protectthesecrets) but you’ve got to have your wits about you to keep up.

Potterheads will lap it up and there are enough cuddly beasts for the little ones, but had me cross-eyed with overplotitis.

Fantastic Beasts: The Crimes of Grindelwald 133mins (12A)