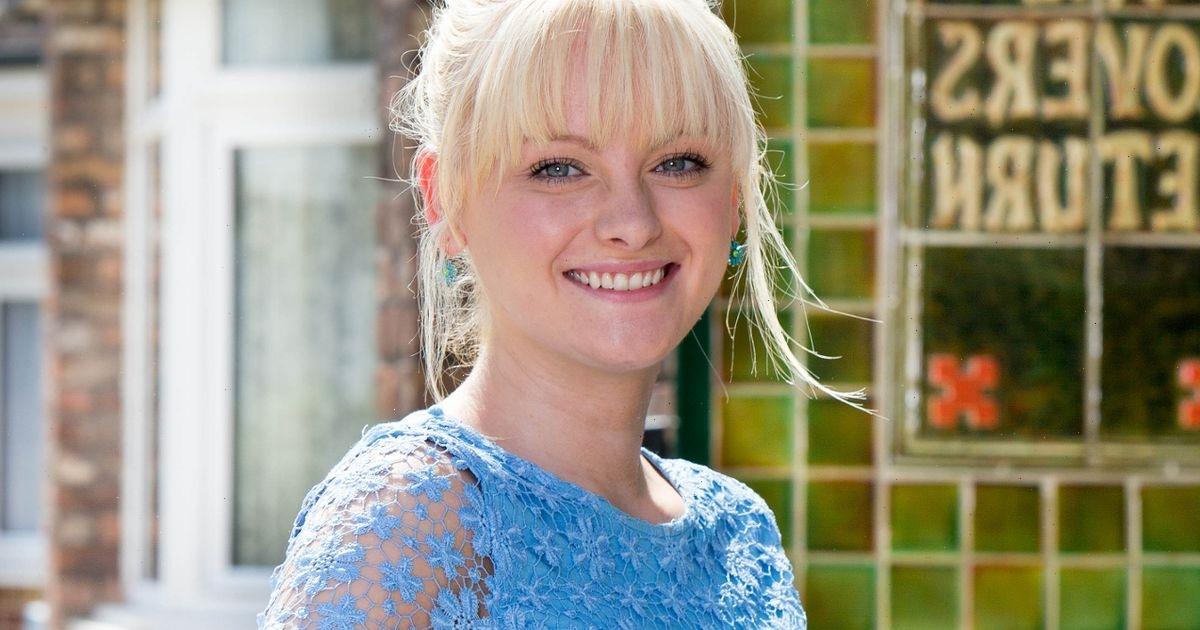 The soap babe has spilled all about her new role in Hollyoaks and her old Weatherfield cast mates.

When new! magazine chatted with Katie, the actress was overjoyed about her new Hollyoaks role.

Joining the show during troubled mum Diane’s OCD storyline, Katie shared that she felt “nervous” but also "lucky to be a part of it”.

She said: “He’s such a lovely guy. I said to Alex [Fletcher, who plays Diane], ‘I don’t know how you get anything done with him!’”

The 27-year-old is a small screen veteran as she starred in school drama Waterloo Road as a teen.

Katie has also appeared in the latest series of The Syndicate, alongside Youtuber Joe Sugg.

Her new role as Becky is unlike any she’s played before however as she could be a dangerous influence on Diane.

Becky is a young mum whose whole world falls apart, thus sucking her into the weird world of online conspiracy theories and takes over her life.

She meets Diane as they give birth on the same day and spot each other outside the hospital.

Katie said: “It’s sweet in a weird way because they’re both dealing with issues that make them feel lonely. Becky spots that Diane is struggling and befriends her.”

Becky’s blinded by the conspiracy theory black hole she’s stuck in which clouds her decisions, making her manipulative towards Diane.

Katie feels worried about being lured into conspiracy theories herself as she said: “I’m honestly worried about getting sucked in.”

Georgia, who Katie played in The Syndicate was "very in your face and not a nice person".

Becky, on the other hand, is a bit more subtle as she comes across really sweet but there’s something in her that’s not quite right.

Katie says she's “fun and challenging to play because it’s not simple".

As Diane is vulnerable and struggling with her OCD, their friendship could potentially be very dangerous and Becky is probably the worst person she can be friends with.

Katie said: “Becky wants to help Diane and be a good friend to her but she can’t help how her brain thinks. If they carry on, bad things are going to happen.”

Talking about her former Coronation Street cast mates, Katie said: “We (ex on-screen husband Rob Mallard, played by Daniel Osbourne) went on a getaway for our friend’s birthday and decided to dress up as hippies! Rob and I are really good friends. We kept in touch all through lockdown. I think we’ll be friends for life.”

Katie shared that she keeps in touch with Ali Mardell [Emma Brooker] and is still in touch with Lisa George who played her auntie (Beth Tinker) in Coronation Street, saying she went to watch her on Dancing On Ice.