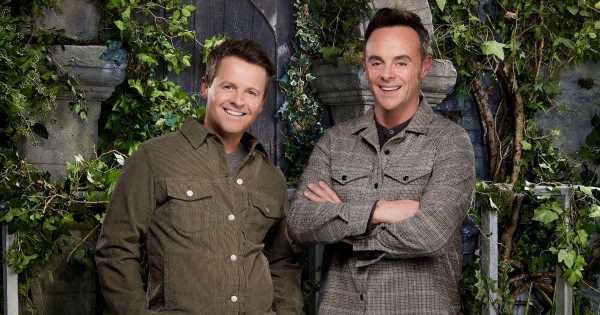 Get ready for creepy-crawlies, hellish challenges and screaming celebs – it’s almost time for I’m A Celebrity… Get Me Out Of Here!

There’s just a month to go until the reality show returns to our screens, and as Ant and Dec prepare to return to the creepy Gwrych Castle, viewers are already getting excited for the 2021 series.

As the show has finally released a new teaser video, this means millions of us will get to see a new batch of campmates facing squalid conditions and having to battle for food.

Ed Gleave previews what we can all expect from the series…

Arlene Phillips is set to be the oldest campmate in show history.

The former Strictly judge has a big-money deal to take part at 78.

There will also be a battle of the soap stars as Corrie’s Simon Gregson (Steve McDonald) and EastEnders star Adam Woodyatt (Ian Beale) have both signed up.

Also in the frame are presenter Louise Minchin and ex-EastEnder Jake Wood.

Ant and Dec have signed up to front another series — doing it together for the 20th time.

The Geordie duo have already been filming footage for the new run, which is thought to be for a trailer.

Vick Hope won’t be back after her spin-off show was axed by ITV.

Last year she fronted The Daily Drop on its catch-up service ITV Hub.

But execs have ditched it and said: “We’d like to thank Vick Hope and everyone involved in the show last year.”

The show will be based at Gwrych Castle in north Wales again this year.

Plans to return to its base in Australia had to be scrapped due to travel restrictions.

But execs have insisted the show will still be top notch telly.

Boss Katie Rawcliffe said: “We’ve always said we have contingencies in place for the series if the Covid situation continued to bring uncertainty, and after a highly successful run at the castle last year we’re pleased that we can return there.”

Celebs face a rough climate as the area is expected to suffer rain storms and 54mph winds during the first week of the series.

The celebs are set to go through hell because producers plan to make the show even tougher this time.

Ant said: “We are going to try and make it worse for the celebrities this year.”

Dec said: “You should have seen our social media. People were saying, ‘You a***holes, you’ve ruined 2020 – why did you give us a highlights show on a Saturday night?’.

“We went from heroes to zeroes!”

I'm A Celeb returns later this year on ITV at 9pm.