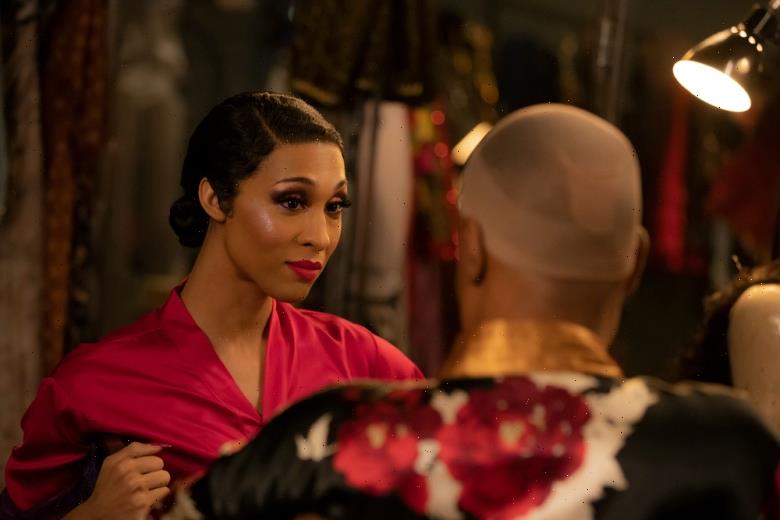 Last year was rough, and I’m not just talking about the more prominent struggles faced in 2020. To watch the 2020 Emmys nominations in the wake of widespread protests against racial injustice compelled the awards body to make a statement. And that tended to focus on simultaneously emphasizing the diverse pool of nominees while apologizing for how long it took.

This year’s nominations continue to mark progress in certain areas. Nominations for Black actors increased slightly this year, with Lead Actor in a Drama Series seeing four Black performers nominated versus last year’s two, and Lead Actress in a Drama Series honoring three Black thespians, as opposed to one in 2020 — that means people of color commanded half the category for Actress and two-thirds of the Actor nominees. Additionally, Jurnee Smollett (“Lovecraft Country”), Mj Rodriguez (“Pose”), Jonathan Majors (“Lovecraft Country”), and Rege-Jean Page (“Bridgerton”) were all first-time nominees.

Rodriguez’s nomination is historic in and of itself. Not only is she the first trans performer to ever be nominated, she breaks the drought with regard to Latinas nominated for Best Drama Series. Currently, there’s only ever been one Latina nominated for Lead Actress in a Drama: Rita Moreno, who was nominated in 1975 for her guest appearance on “The Rockford Files.” Rodriguez, who is Afro-Latina, is only the second Latina nominee in 46 years.

The HBO series “Lovecraft Country” also made history as the first series to have two Black lead performers nominated for the same show. It also had a Black performer nominated in every acting category with Michael K. Williams and Aunjanue Ellis nominated in the Supporting categories. The recorded performance of “Hamilton” on-stage, which streamed on Disney+ last year, also made history for having the most nominations in the Limited Series and TV Movie acting categories (seven), as well as the most people of color of any series or TV Movie in Emmy history.

After a rough track record at awards shows, this year also saw AAPI actors earn recognition with four separate nominations starting with “Pen15.” Co-created by Maya Erskine, the show received four nominations on its own, including for Best Comedy series. Bowen Yang received his second nomination for his performance on “Saturday Night Live,” while Max Minghella (“The Handmaid’s Tale”) and Phillipa Soo (“Hamilton”) were first-time nominees. It’s disappointing that NBC’s “The Young Rock,” containing a cast predominately made up of Pacific Islanders (all of whom received strong critical acclaim), didn’t receive any nominations.

There’s still a long way to go. Once again the lack of disabled talent nominated remains at zero, further reminding creatives that casting disabled actors doesn’t have to be limited to shows about disability.

Also, the Comedy performers saw a dip in diversity compared to 2020. The Lead Actor category featured Anthony Anderson (“black-ish”) and Kenan Thompson (“Kenan”), but last year saw three people of color nominated, including Don Cheadle and Ramy Youssef (neither of which were eligible in 2021). Tracee Ellis-Ross (“black-ish”) was the only person of color nominated for Best Actress, after she and Issa Rae were nominated in 2020.

As far as the Limited Series race goes, it’s worth noting that “The Underground Railroad” and “Small Axe” received zero acting nominations, though “I May Destroy You” performed well, scoring nods for Michaela Coel and Paapa Essiedu. The Lead categories were flat overall, with four people of color nominated in 2020 and 2021.

Also, when it comes to directing nominees, this year’s crop is almost exclusively white with Steven Canals being the only director of color nominated in either Drama or Comedy. The Limited Series or Anthology category fared a bit better, with “I May Destroy You” star Michaela Coel and Barry Jenkins (“The Underground Railroad”) getting nominations (though Steve McQueen, who was widely expected to be recognized for “Small Axe” was notably snubbed).