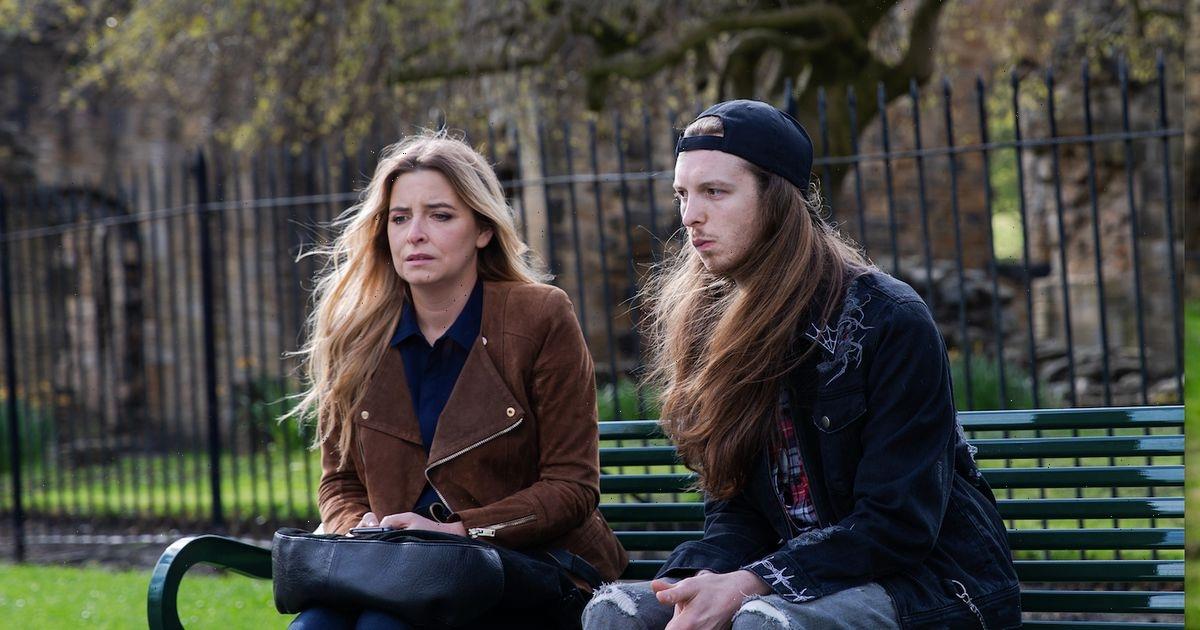 Emmerdale viewers have got to know actor James Moore since he joined the cast as Charity Dingle’s long-lost son Ryan Stocks back in 2018.

But a few years before he found fame on the ITV soap as a main character, 29 year old James looked completely different to how we know him now.

James, who is currently front and centre of the soap, previously posted a photo on his Twitter account, showing the clear comparison between what he looked like in 2009 to now.

In the throwback snap, the young actor has much shorter hair with a fringe that sweeps over his eye.

Emmerdale fans then flocked to the comments section to comment on James’ likeness to Justin Bieber.

He replied to the comparisons by writing: “To everyone asking if I was into @justinbieber the answer is only after 2012 when he ventured into R&B Journeys/Purpose eta…”

James added: “So basically after the swoopy hair phase. The explanation for the photo above was that I was just a bit fat emo.”

Eight years after the photograph was taken, James, who lives with girlfriend Sophie Edwards and their adorable cat Tonto, was cast on Emmerdale.

The star, who has Ataxic Cerebral Palsy, has previously opened up about how he was instrumental in shaping the role of Ryan and continuing to shine a spotlight on disability.

After successfully auditioning for the Emmerdale casting team, James said he landed the part and important conversations began.

He explained: “When I was brought in they were very open to learning about me, which I really liked.”

“I had a lot of conversations with people at ITV in Leeds and the researcher team, who asked me lots of questions about my disability, what I do – like my background and my early life – they really did a deep dive.”

Since, James has continued to challenge misconceptions and spoke movingly when he was awarded with the Best Newcomer Award at the National Television Awards.

He told the crowd: “Thank you so much this means the world to us, a year ago I never thought I'd be here.”

James continued: “And for Emmerdale to take on someone with a disability shows the progression we need in this day and age. This means the world to me.”

For more soap stories and spoilers, sign up to our daily OK! newsletter. Emmerdale continues weekdays on ITV