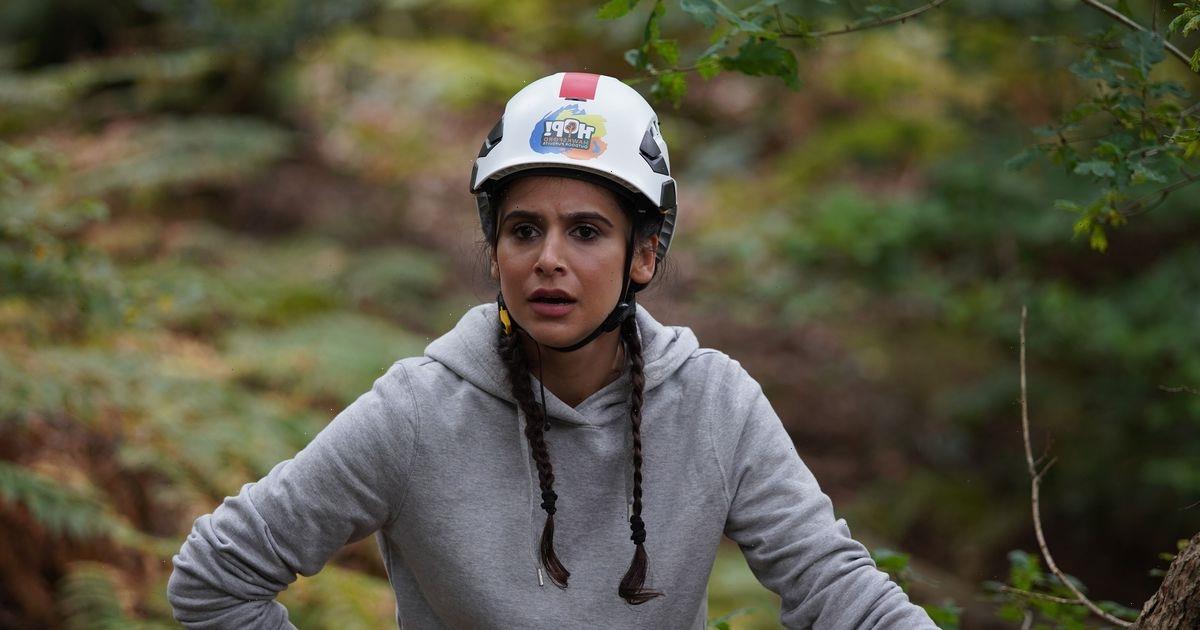 Meena Jutla's reign of terror over the village of Emmerdale could soon be over, as actress Paige Sandhu has hinted at her eventual downfall.

Serial killer Meena has been wreaking havoc over the Dales since she arrived – from ruthlessly murdering teenage Leanna Cavanagh on her 18th birthday to drugging her boyfriend David Metcalfe.

And while fans are desperate to see her brought to justice, she is about to cause even more drama in the Dales as she sabotages one of the harnesses set out for the upcoming survival week.

Meena has set her sights on murdering Victoria Sugden, who has confessed she is in love with David – but it's Meena's sister Manpreet who ends up taking the damaged equipment.

But thankfully, fans could soon see her caught out, Paige told Daily Star and other publications – and the clue lies in the 'trophies' Meena takes from everyone she kills.

She has played the role of Meena since she entered the Dales last year.

Paige confessed: "I think Meena's greatest weakness – I mean, she's got loads, but in terms of her getting caught – is the fact that she has this fascination when she’s killed someone. When she’s committed that crime she needs to then still be involved in it.

"She wants to take complete ownership of that crime and watch people’s reactions to that death and take the token and be around those people.

"I think she’s normally very clever, but the fact that she’s taken tokens from people and keeps them in a box, and keeps herself around those people isn’t very clever."

Paige added: "She’s like a moth to a flame, and she can’t draw herself away from that fire even though it will eventually burn her."

Fans are well aware of Meena's trophy box – which includes Leanna's ring and newspaper cuttings from the 'friend' she killed before arriving in the village.

However, Meena isn't completely out of danger herself in the upcoming super soap week, as Paige explained that she had to balance the feeling of fear with Meena's psychopathic tendencies.

"It is something I had to play with, because [psychopaths] are generally incapable of feeling fear like we do, and that's why a lot of the time they do get themselves involved in criminal activities, because they're not afraid of the consequences.

"But for the purposes of this show, I feel like it’s more heightened and satisfying to watch if Meena does feel fear, and so how I played it was when she does get in danger the initial signs of danger don’t really affect her.

"And then as it gets really dicey she’s like, 'Oh okay, I might not survive now, now I’m gonna start to feel fear.'"

But Paige has also dreamed up a scenario in which she'd like to see Meena meet her own grisly end.

"In my dreams, this is what happens," she explained. "Manpreet and Meena are there in a street.

"It’s nighttime, Meena’s about to kill someone and Manpreet has to save this person and the only way she can save them is by killing Meena.

"And so she does it, and then Meena dies in Manpreet’s arms, and they have this beautiful sisterly moment where Meena almost confesses love for her. She’s almost normal, almost able to feel something – and then she dies. That’s what I want!"

And does Meena have any real love for her sister?

When she initially realises Manpreet has taken the harness intended for Vic, Paige admits Meena is "freaking out".

"She doesn't want Manpreet to die, she wants Victoria to die, so there’s this dilemma in her head like – this is my sister.

"And to Meena, Manpreet is the most important person in her life. There’s no-one more important than Manpreet, but also if she does say something then she’s going to get into serious amounts of trouble."

She added: "Meena always chooses herself above everyone else, so she’s freaking out, she’s worried but there’s also this thrill of, 'If she did go splat, what would that look like? I've never seen something like that, that would be so cool to watch!'.

"So it’s that juxtaposition of all those things."

Paige added: "She’s a psychopath and they can’t feel emotions like you or I can – so she isn’t able to love like I love my actual sister.

"But I do believe that Manpreet is the closest Meena can get to loving someone – so it’s not love but there’s definitely affection there."