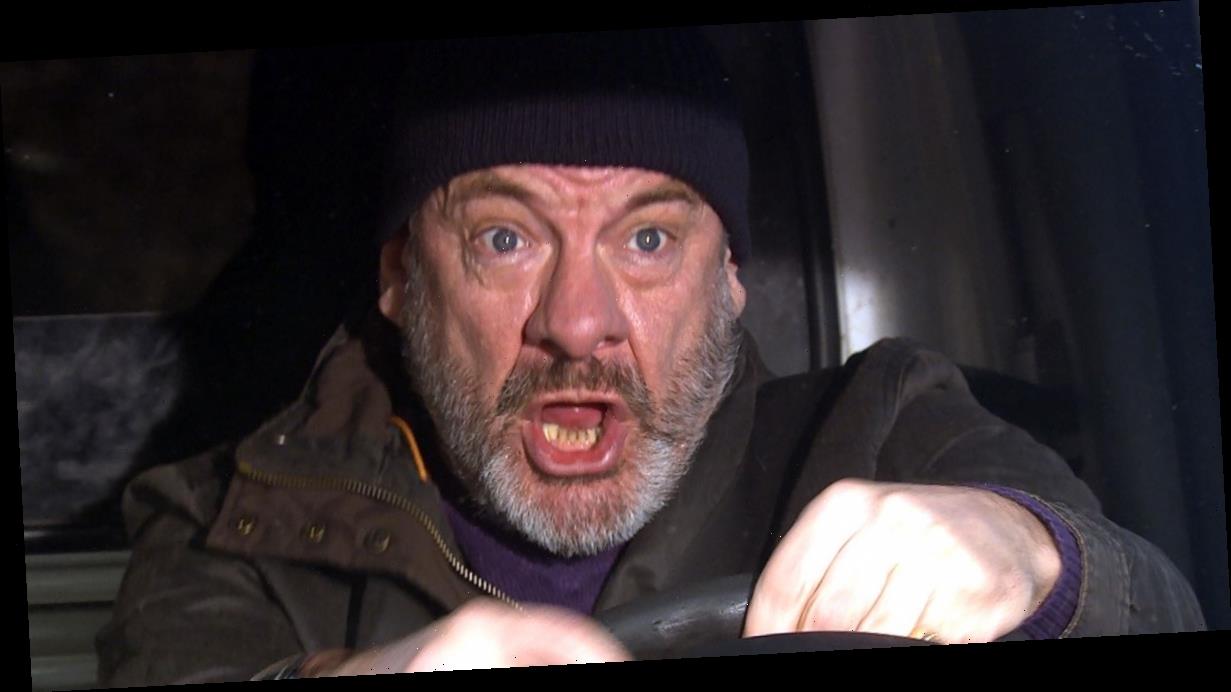 He gets a phone call and finds out Juliette Holliday (Amelia Curtis) has sabotaged another business opportunity, leaving Jimmy and wife Nicola (Nicola Wheeler) seriously short of funds for their legal battle.

A desperate Nicola decides to take matter into her own hands and accepts a job with dodgy Mackenzie Boyd (Lawrence Robb).

Later, Mack rings Jimmy who's left terrified when he's told Nicola's in trouble with the Private Investigator who's been spying on them.

Juliette hired a PI to find dirt on Jimmy and Nicola in order to gain access to her and Jimmy's son Carl.

The youngster was conceived after a mix up at the fertility clinic meant that Juliette was impregnated with Jimmy's sperm instead of that of her chosen donor.

Jimmy is about to rush to Nicola's aid but gets a call from Amy Wyatt (Natalie Ann Jamieson), who innocently asks if Juliette can take the children.

He's even more stressed and tells her no and to hold on as he's coming home.

Jimmy struggles to keep his eyes on the road and things take a turn for the worst.

At the wheel of the truck, he suffers a panic attack and as he rounds a corner, he's blinded by the glare of the sun and loses control, bracing himself for impact.

Emmerdale spoilers have revealed that a 999 call is heard as viewers see dramatic flash-forward of three different hospital beds.

Each episode will give a glimpse of who the occupants are but it will end in tragedy for at least one villager.

Discussing whether or not Jimmy will die next week, actor Nick Miles told Daily Star and other press: "He's in the driving seat. It absolutely could be.

"They love killing the King brothers off so who knows?"

Teasing further on how he thinks Nicola would cope without Jimmy, he added: "I think Jimmy is good at keeping Nicola honest most of the time but he doesn't always succeed.

"I think she could become very difficult without his kind of calming influence."

Emmerdale bosses are keeping tight-lipped on which villager dies in upcoming scenes, but Nick revealed that fans will be on the edge of their seats.

"The whole week is going to look different to other episodes," the 58-year-old actor explained.

"There's some flash-forwards, different structure, lots of action and drama. It's going to be a thrill ride.

"It's great that Emmerdale is, once again, pioneering after not going off air over the summer, we are now, I think, the first to be pulling out a really big stunt since Covid, and it is a big stunt.

"It's as big as we've done and I've been involved in some of the big ones."