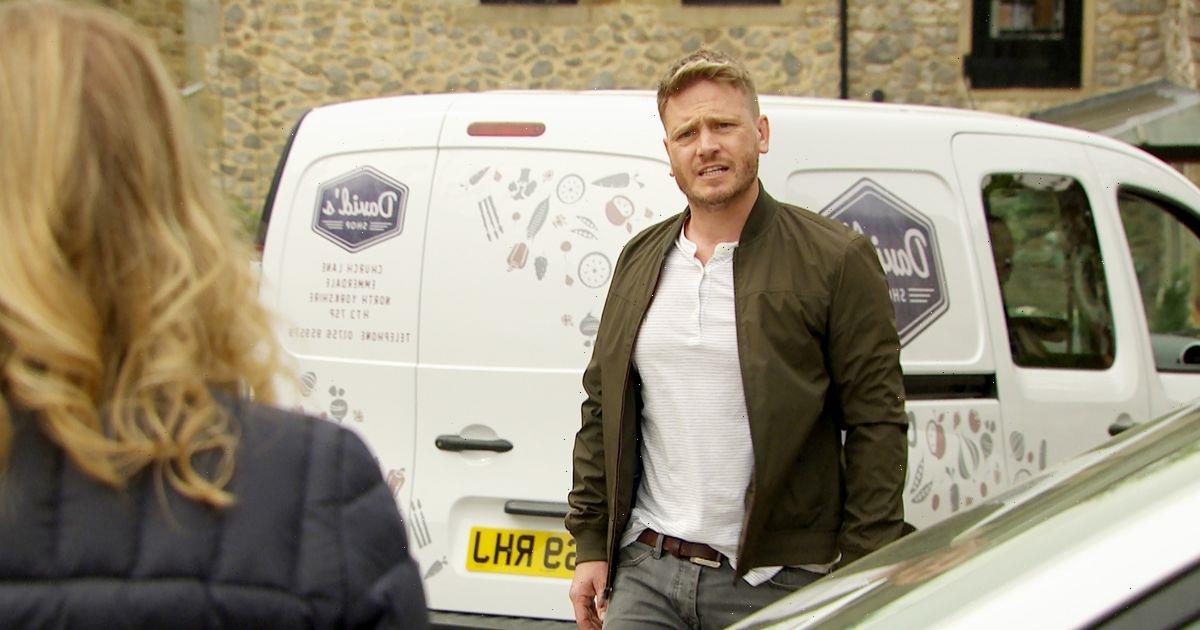 Emmerdale fans have called out David Metcalfe’s latest entrepreneurial project after his father Eric invested in his free delivery service.

During Monday’s instalment of the popular ITV soap, fans caught up with the shopkeeper after his white van was stolen outside of his home.

Over the past few months, the businessman has been struggling to keep the business afloat and it’s clear to see as star has been desperately asking his close friends and family to invest in his business.

READ MORE: Emmerdale star Lisa Riley confirms Many Dingle is making a return to the soap

In an attempt to bring business back into the shop, David has started offering a free delivery service to customers if they spent more than a certain amount online.

Luckily, his father Eric managed to spare some cash to invest in his new business plan, but it’s fair to say he didn’t approve of the idea.

Before he handed over the much-needed cheque, Eric said: "I hope you've done your homework."

David optimistically said: "Well, there seems to be a market for it, so."

Eric added: "I'm talking about fuel costs, David," to which he replied with: "The van's electric."

But Eric wasn't willing to let him off that easily as he argued: "Yes, and electricity prices have soared through the roof, and you are offering free delivery around Hotter district for nothing?

"Whereas people who live around her buy, I don't know, a loaf of bread? Half a dozen eggs, salami – where's your profit margin there? And who's going to be manning the shop when you're doing all the deliveries?"

Furious with his response to his big idea, David snapped: "Well, I'll have to find someone won't I?" before he stormed out of the shop.

However, fans couldn’t help but call out his ridiculous idea online as many rightfully pointed out most of his customers live within walking distance of their house.

Viewers soon took to Twitter to share their thoughts on the silly idea online, as one asked: “Why would people need delivery from David’s, all his customers live in the village? # emmerdale.”

Another argued: “Free delivery? It’ll take about 10 mins to deliver to all the customers David has #Emmerdale.”

A third advised: “Sell the shop David, hardly anyone goes in #Emmerdale,” while another joked: “Is David’s being replaced by a Londis or Premier ‘s**t shop’? #Emmerdale.”