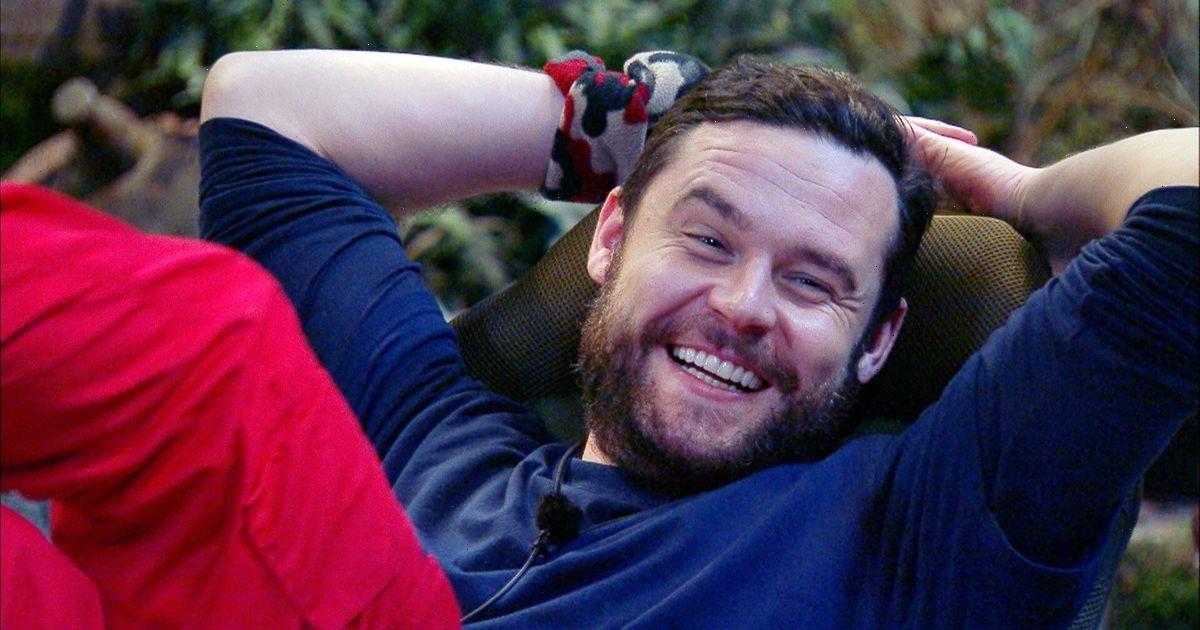 Danny Miller confessed “it’s a relief” he won’t appear on the new spin-off series on I’m A Celebrity after he was crowned King of the Castle last year.

During the previous series of the ITV reality show, the Emmerdale star, 31, managed to storm his way to the top spot after he stole the crown from Coronation Street legend Simon Gregson.

Over the three-week long series, the star-studded cast were pushed to their limits with a slew of gruelling challenges including a mouthful of creepie crawlies, spending ten minutes in a snake-infested bed and jumping from terrifying heights.

In recent weeks, ITV bosses have confirmed there will be an All Stars spin-off series rumoured to take place in 2023 in the heart of South Africa.

Last Thursday (May 12), stars from up and down the country stepped out in style to attend The National Lottery’s Big Jubilee Street Party in the heart of Manchester ahead of Her Majesty’s 70th anniversary on the throne.

Now, Danny Miller has admitted he will not be involved in the new series of the show because he is “a bit too new” of a winner on the show to take part.

In an exclusive interview with Daily Star, the star-studded actor has confessed he is “relieved” not to be taking part in the infamous reality show.

When asked if he would take part in the All Stars series, he admitted: “Not straight away, no. I think if they are doing that, I certainly haven’t heard about it.

“It’s a bit of a relief to bear they’re not gonna knock on my door because obviously you can’t say no to them – they've given me a lot of opportunities having been on the show.

“I think I'm probably a little bit too new having just been through it to be classed as a winner.”

He went on to add that he would be more than happy to appear on the show as a presenter as he passed on his well wishes to next year’s contestants.

The doting dad added: “I’d go on and have a chat with them and stuff because obviously I can speak first hand going from day one right to the end and I know how difficult it can be and empathise with the cast of whoever is doing it.

“I wish them well because each and every one of them will know how hard it’s been.”

When asked what advice the King of the Castle would give to the future contestants on the show, he jokingly quipped: “Don’t do it!”

He went on to reveal that the cast of the series often entertained themselves by taking part in games together in an attempt to keep themselves entertained for the day.

Danny explained: “It’s just about trying to use your time wisely and all the games and stuff you can come up with to keep yourself entertained for the day.

“We were playing volleyball with all the rice bags and flags made out of paper and that was the best game we had.

“It’s hard because everyone wants to go out to do things. I never thought I’d imagine saying that but I wanted to get out and go and do trials just because it’s something to do.”