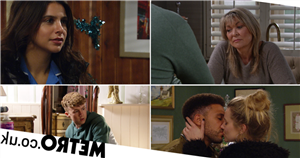 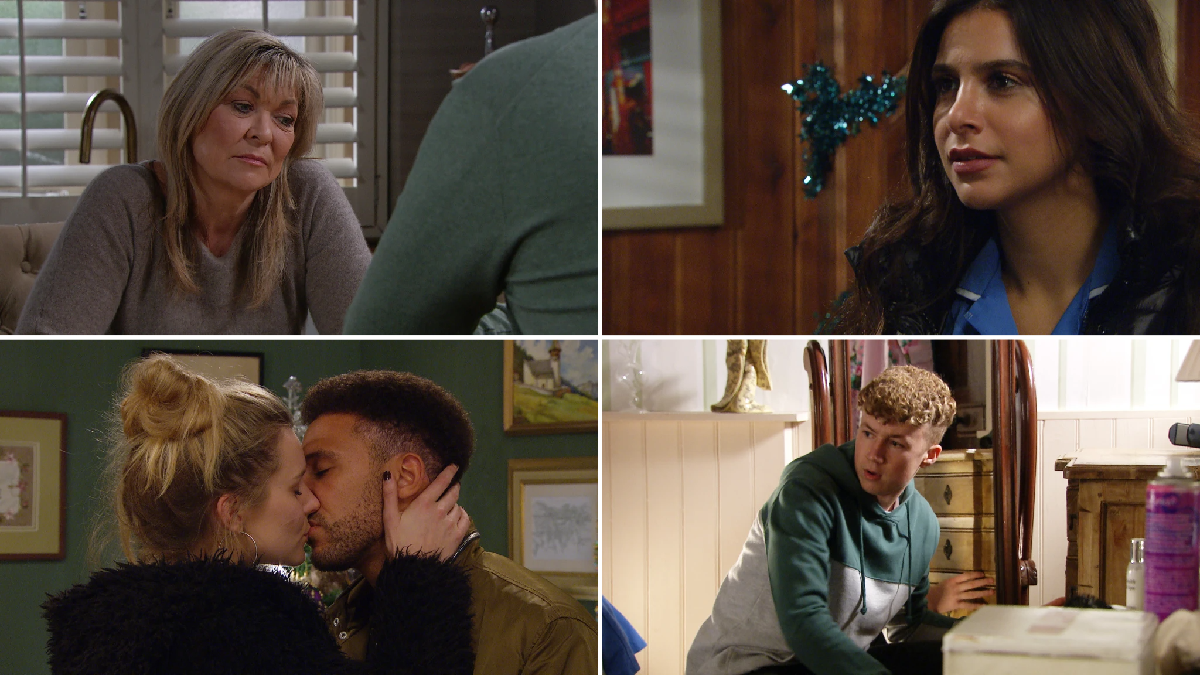 Christmas is coming – but no-one is feeling very festive in Emmerdale. Manpreet Sharma (Rebecca Sarker) is dealing with the horrifying discovery that sister Meena Jutla (Paige Sandhu) is a killer – and that places her in massive danger.

And Meena is also causing problems for Billy Fletcher (Jay Kontzle) when she reveals she is pregnant – but does anyone believer her?

Meanwhile, Kim Tate (Claire King) is going to be lonely this Christmas…

Dawn’s ex Alex turns up and he introduces himself to Lucas as his real dad.

After an Alex has an altercation with Billy, Meena stirs the pot about Dawn. Alex is soon left terrified for Lucas’s welfare.

Priya spots Ellis and Belle laughing together. She notices their spark and is crushed to think that he has moved on.

Noah spots Leanna’s ring on the floor of Meena’s bedroom. He steals it to give to Chloe as an early Christmas present.

Billy and Dawn share an emotional moment. When Dawn can’t resist kissing him, he admits it’s what he has been waiting for.

Mandy urges Sam to make amends with Lydia. Mandy also promises to back Vinny up in his campaign to free Liv.

Harriet reveals to Charles that she’s planning on leaving the church and re-joining the police.

Kim feels a pang of loneliness when pictures of Millie and Jamie remind her of what she’s missing this Christmas.

Tracy and Kerry have their first awkward interaction since Kerry’s return to the village.

Meena drops a bombshell that leaves Billy gobsmacked: she lies that she is pregnant with his child.

At the same time, Liam is ensnared by Meena’s trap.

Manpreet is suspicious of Meena’s pregnancy.

Meanwhile, Will lets his jealousy show.

Lydia finds a Christmas invitation hanging out of her letterbox. She appears bemused as she reads it, unaware that a grinning Sam is watching in the distance having put his plan into action.

Manpreet meets up with Carol and is utterly floored to discover that Carol believes Meena murdered Nadine.

Reeling from the discovery, Manpreet struggles with the idea that her sister is a murderer and initially regrets contacting Carol.

Bernice gives Will an ultimatum.

Al is pressurised by Gavin to get Chas and Marlon to sell. When a big, muscley man menacingly gets out of Gavin’s car, Al’s heart sinks as he knows what’s coming.