Harriet Finch (played by Katherine Dow Blyton) is playing with fire in Emmerdale after embarking on an illicit affair with DI Malone (Mark Womack). However, when Moira Barton (Natalie J. Robb) catches the pair in a compromising position, the vicar’s betrayal could have devastating consequences as Malone turns to violence to keep the farm owner silent.

Malone has caused a lot of trouble for Emmerdale residents ever since he turned up in the village but Harriet’s past with the detective proved too difficult to resist.

Despite Malone threatening Will Taylor (Dean Andrews), Harriet gave in to temptation and has been sneaking around with the sinister detective.

Malone has proved in the past he’s not afraid to use violent underhand tactics to get what he wants and Moira may end up caught in the crossfire.

In a spoiler clip for Monday’s episode, Moira spots the pair together and her suspicions are raised. 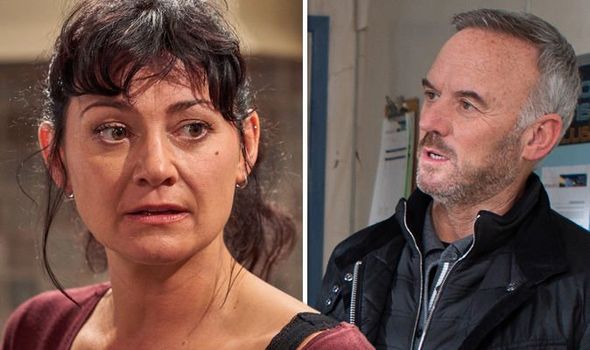 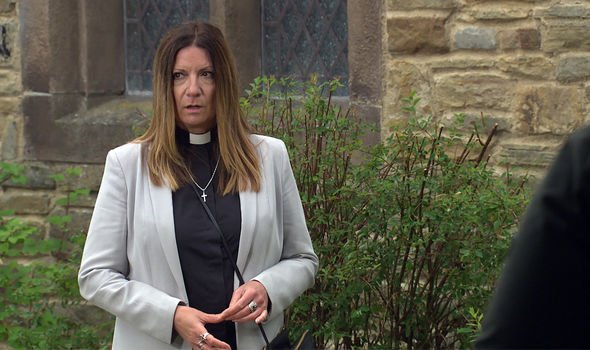 Picking up on the conversation she overheard, Moira says: “Reminding you why you can’t say no? Sounds a bit more than friends to me.”

“You came to my farm when my bull got slaughtered,” Moira remarks but little does she know Malone was behind the crime. 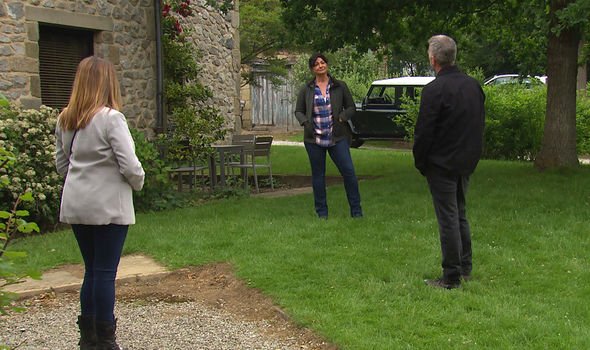 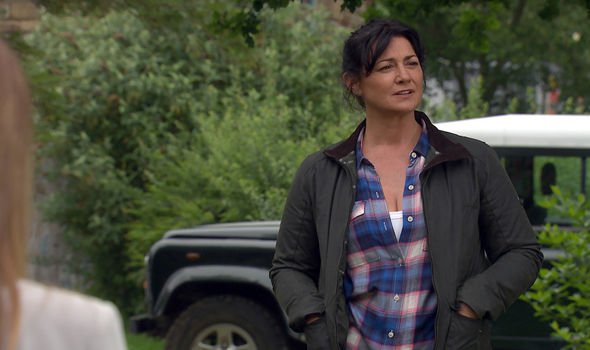 “That’s right, how are your livestock Mrs Dingle?” Malone asks before Harriet orders: “Get out of here.”

Once he’s gone, Moira asks Harriet: “Have you lost your mind?”

“I knew him way back on the force only vaguely I’ve been giving him some information,” she explains.

“Well he certainly gets a thumbs up from you,” the farm owner says.

“It’s just what he’s like, I’m surprised he didn’t slap me on the backside as well,” the vicar adds.

Refusing to accept her story, Moira says: “Come on Harriet I heard what he was saying and you look flustered. I wasn’t born yesterday.”

“He caught me by surprise that’s all,” Harriet but Moira excuses the pair of being more than friends.

“Right cause where I’m standing you look like someone having an affair,” she says.

Malone has a history of violence and wouldn’t think twice about hurting Moira to keep her silent especially if he fears her connection to Cain could lead to him being exposed as a criminal.

Will Malone kidnap Moira to keep her from digging around and exposing the affair?

Emmerdale airs Mondays, Wednesdays and Fridays on ITV at 7pm.