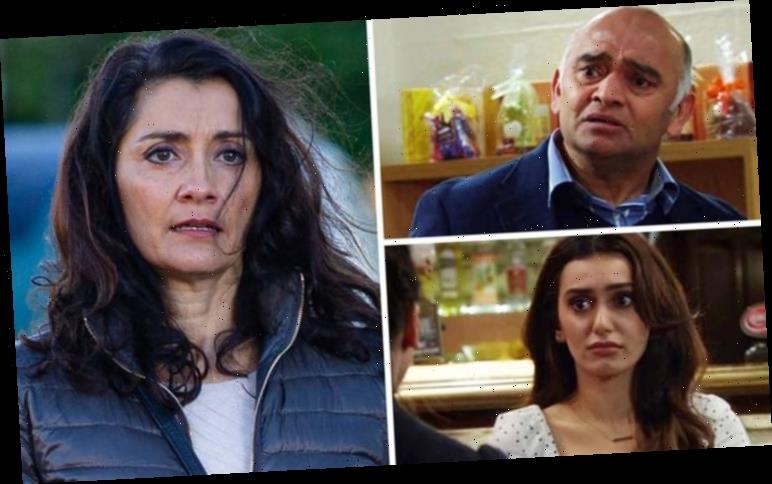 Manpreet Sharma (played by Rebecca Sarker) urged Charles Anderson (Kevin Mathurin) to keep their past relationship secret after finally giving him an explanation for abandoning the vicar and Ethan Anderson (Emile John) 15 years ago. The Emmerdale doctor is desperate for her husband Rishi Sharma (Bhasker Patel) to be kept in the dark but if he does discover the truth will Manpreet turn to her daughter Aiesha Richards (Shila Iqbal) for help?

In an interview with Express.co.uk Kevin and Emile discussed Manpreet’s motives.

Kevin explained: “They were in a relationship 15 years ago and they were due to get married, and everything was going well as far as Charles was concerned.

“And then it just so happens on the wedding day Manpreet doesn’t turn up, leaves me at the altar and that’s the last time I see her. Ethan was there as our page boy, it was just the two of us just embarrassed at our wedding.”

Revealing why Manpreet abandoned them, he said: “She was already married to somebody and we were having an affair, so to speak, and it was her way of escapism from the abusive marriage that she was already involved in. 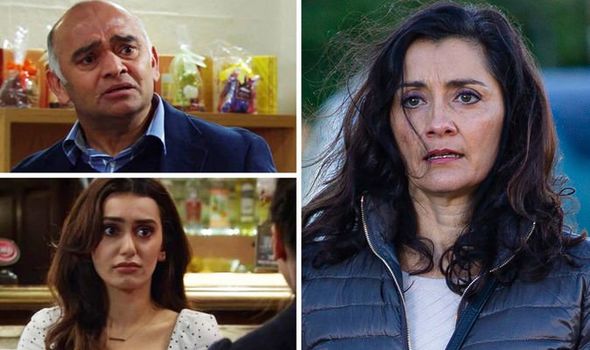 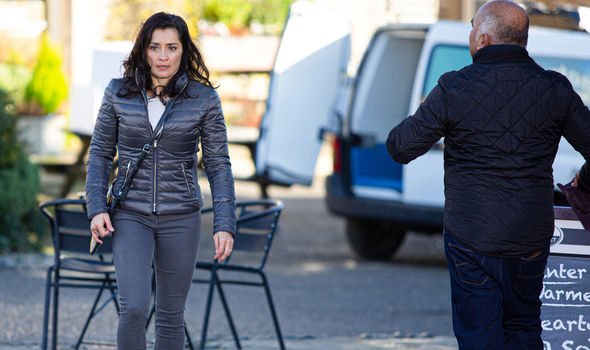 “Charles didn’t know about this other life that she was having and not only was she married, she also has a daughter as well.”

“He threatened her with not seeing the daughter again if she didn’t come back and so Manpreet had to make that decision, and the decision was to go back to her unhappy life,” Kevin said.

“Her being Manpreet and this whole other life is an absolute shock to Charles. So the whole two years [of their relationship] has been an absolute lie.

“Obviously he’s angry because he’s waited 15 years for an explanation and the explanation excels more than what he’s expected, it’s like an unbelievable plot. 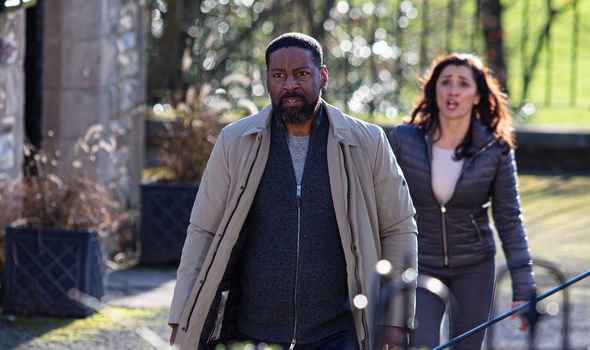 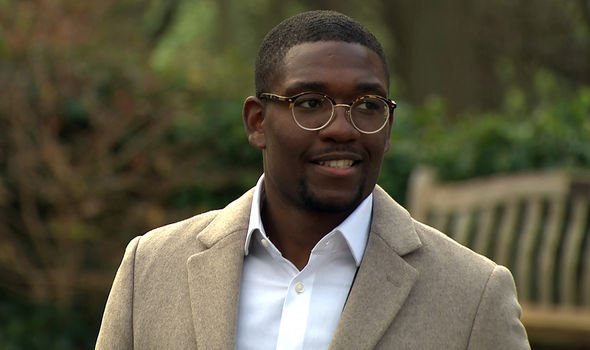 “He wants to let his son, Ethan, know and he just wants to move on. He sees that she is obviously married and got a life, and he doesn’t want to interfere in that at all. You know he’s got an explanation and that’s all he needs he’s happy to move on.”

However, Ethan won’t be as easily persuaded to keep quiet and announces the news to the entire village.

“Ethan deserves an explanation because she wasn’t there to have to pick up the pieces like Charles was,” Kevin added.

“We were both devastated then but as a parent, you have to hold back your devastation in order to be there to support your child. So for her to ask ‘Can you keep it quiet?’ That’s unacceptable.”

Ethan star Emile remarked: “Ethan regards Manpreet/Saira as his own mother, and with the absence of his own biological mother it’s a relationship that he doesn’t take for granted, even as a young boy.

“When she disappeared he was absolutely devastated, both he and Charles grieved in two very different ways. Ethan was too young and didn’t have the sort of rationale to apply reason to the situation. So he’s grown up with that trauma and pain.

“But when confronted with the fact that all of that emotional turmoil was in vain because she’s still alive he’s mortified, he feels betrayed and eager to find the answers to the many questions that he’ll have.”

“He feels that Rishi needs to know what his wife is capable of and I don’t think he’s from a malicious place, but he’s been on the side of betrayal that he feels Rishi is currently on,” Emile continued.

“I don’t think he intends to put a halt to their relationship but he does intend for Rishi to know wholly and unequivocally who he’s really married to. There are no skeletons in the closet where Ethan is concerned.”

“Charles does tell Ethan, that she’s around and straightaway Ethan wants to speak to her and tell her how he feels and meets Rishi and lets all the cats out of the bag,” Kevin confirmed.

“I think Charles could have done something to try and stop him, but at the same time, he understands this is how Ethan. Ethan is angry, and has a right to be upset.”

When Ethan tells Rishi the truth about Manpreet’s past the businessman may decide he can’t continue with their marriage.

Rishi has no idea his wife could keep such a huge secret from him and has only just got over the shock of Manpreet’s sister Meena Jutla (Paige Sandhu), who he knew nothing about, arriving in the village.

Will the doctor reach out to the only person who knows how awful her first marriage was – her daughter?

Aiesha joined the soap in 2019 but actress Shila was almost immediately sacked after historic tweets came to light. However, this could be the perfect time for the ITV soap to recast the character.