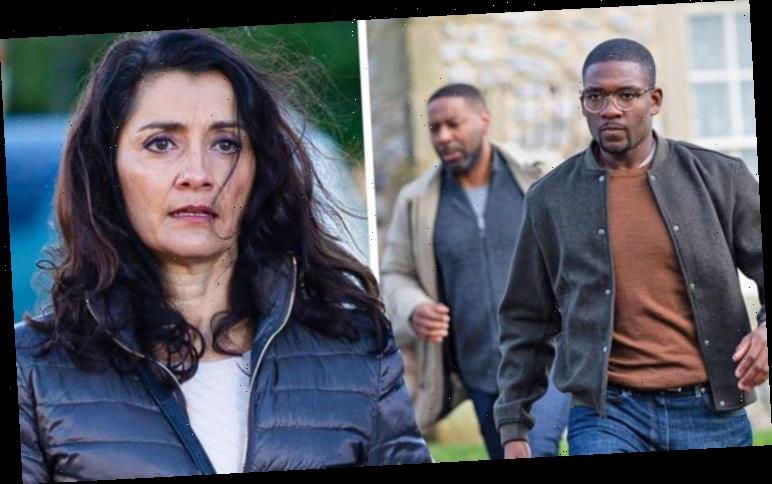 Emmerdale: Dan Spencer chats to Bob Hope in the kitchen

Charles Anderson (played by Kevin Mathurin) and his son Ethan (Emile John) arrived in Emmerdale just before Christmas. Since then, little is known about the two men, apart from the fact the vicar was in a relationship with Manpreet Sharma (Rebecca Sarker) and Ethan is a solicitor. Over the past couple of episodes, however, their backstory has been delved into, with Ethan’s mother being mentioned. During tonight’s instalment, Manpreet mentioned the woman who gave birth to Ethan and it seemed she was hiding something. Perhaps she knows more about why Charles ex-partner left him and their young son?

“Working lunch? No rest for the wicked, hey?” Charles commented when he walked into the Woolpack and saw Manpreet typing away on a nearby table.

She ignored his remark and replied: “Happy Birthday for yesterday, by the way.”

“I’m touched you remembered,” the vicar said and the doctor continued: “Well, some days are etched in the memory, for good reasons and bad.

“I hope Ethan’s okay? Can’t be easy remembering the day his mother walked out?” 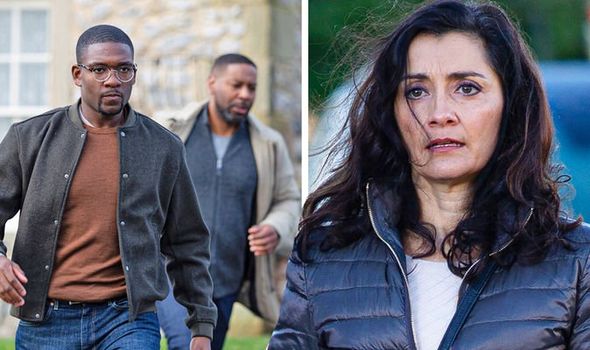 “Time heals to a degree, yes, but it still hurts,” Charles added.

Their conversation was cut short by the arrival of Andrea Tate (Anna Nightingale) who said: “I’m so sorry I’m late,” but when Charles said he hadn’t ordered anything, she replied: “Great! Then we can choose a bottle. And I am buying remember? Late birthday treat.

“Why didn’t you tell me? I mean, most people love a bit of fuss.”

Charles explained: “It’s a strange day, bittersweet. It’s the anniversary of when Ethan’s mother left us all those years ago.”

“Well, that would bring up some memories,” the mother of one said. “I know what it’s like to have a parent walk out on you; always wondering why you weren’t enough or what you did to cause it. It seems like you coped well, you both seem fine to me.”

“You can’t let the past ruin the future, right?” Charles remarked. “And I’m happy with the way things are, moving here was a good decision.” 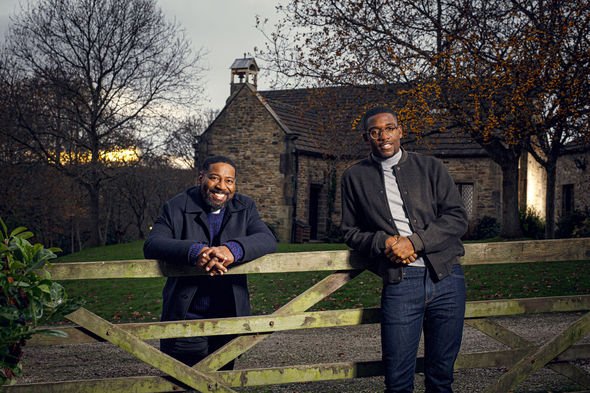 Does Manpreet know something about Ethan’s mother?

Some fans think the vicar knows what really happened and suggested he killed his ex.

Taking to Twitter, one commented: “#Emmerdale was it just me or did it sound like Charles murdered his wife lmao.”

“Did Charles murder his ex and pretend she ran away ???? #emmerdale,” another wrote. 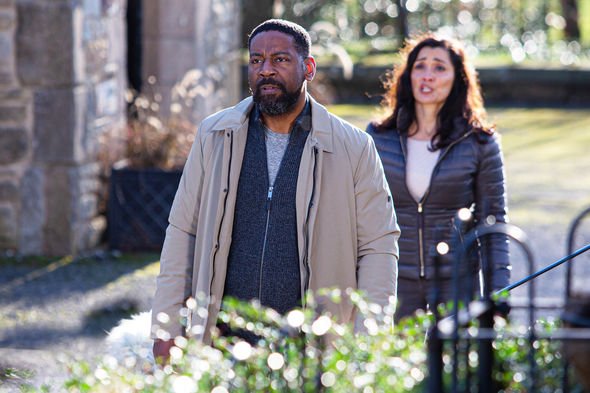 As for what happened with Manpreet, the actor who plays Charles spoke out about it recently.

He said: “They were in a relationship 15 years ago. They were due to get married, it was all going so well as far as he was concerned.

“On the wedding day, Manpreet didn’t turn up. That’s the last time Charles saw her. Ethan was there and it was just the two of them.

“She was already married to somebody! We were having an affair so to speak and that was her escapism from an abusive marriage. “Something happened where Charles didn’t know about this other life – she was married and had a daughter,” Kevin continued.

“He threatened her with not seeing her daughter again so Manpreet had to make the decision to go back to her unhappy life.

“He’s obviously angry because he has waited 15 years for an explanation and the explanation excels more than what he expected,” the actor added.

“It’s unbelievable – this woman he was absolutely in love with, he questions if any of it was real or if it was all a lie.”

While it seems Charles has his own secrets it seems the village doctor does too – who is this daughter Kevin mentions?

Next week, Ethan will start the process of finding his mother and opens up to Victoria Sugden (Isobel Hodgins) about his situation.