Last year, Emmerdale fans watched as Marlon Dingle (played by Mark Charnock) was left heartbroken after discovering his wife Jessie (Sandra Marvin) had been sneaking around behind his back with her ex-husband, Al Chapman (Michael Wilding). The affair started a lifelong feud between the two men, but in upcoming scenes, Marlon will be forced to live with his step-son Ellis Chapman (Aaron Anthony) in Charity Dingle’s (Emma Atkins) house. However, when Ellis tells him Al will also be living there, Marlon will be forced to set some strict house rules.

Two weeks ago, Emmerdale bosses released the first of their lockdown episodes with Sam Dingle (James Hooton), Lydia Hart (Karen Blick) in one episode, and Cain Dingle (Jeff Hordley) and Aaron Dingle (Danny Miller) in another.

And last week saw the likes of Mandy Dingle (Lisa Riley) and her son Vinny (Bradley Johnson) trying to bond, as well as giving an insight into Nicola (Nicola Wheeler) and Jimmy King’s (Nick Miles) relationship.

This week will see Marlon horrified as he finds out who his new roommate is and it can only end in disaster.

Marlon’s wife Jessie fled the Dales shortly after her affair with Al was exposed to the residents last year. 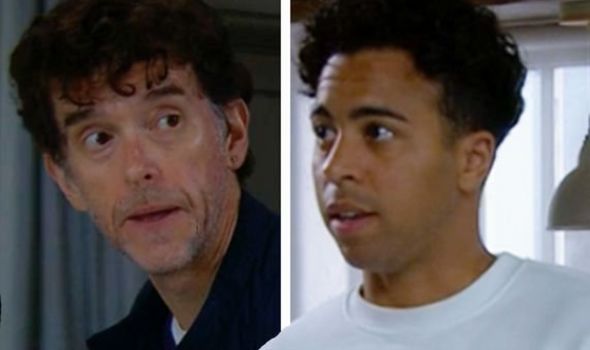 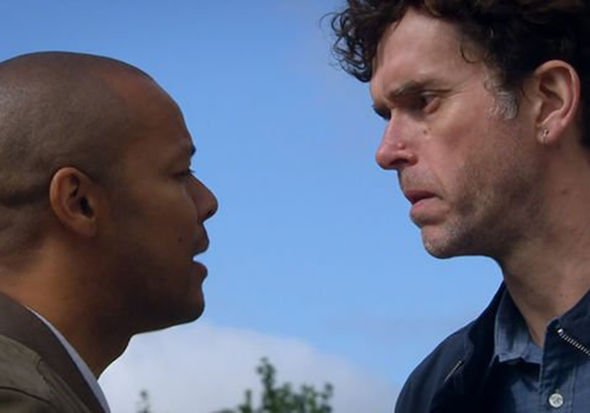 Viewers may also remember that Ellis had been living with Marlon during his relationship with Jessie.

When Marlon realised what had been going on, he kicked the young boy out after he refused to throw Al’s name into the mix of suspects for Graham Foster’s (Andrew Scarborough) murder.

Marlon was thrown in jail despite being innocent, and it quickly became clear Al was sitting on information that could have seen the Woolpack chef released months before he actually was.

In upcoming scenes, Marlon will be seen making sure April Dingle (Amelia Flanagan) has everything she needs whilst she stays with Bob Hope (Tony Audenshaw). 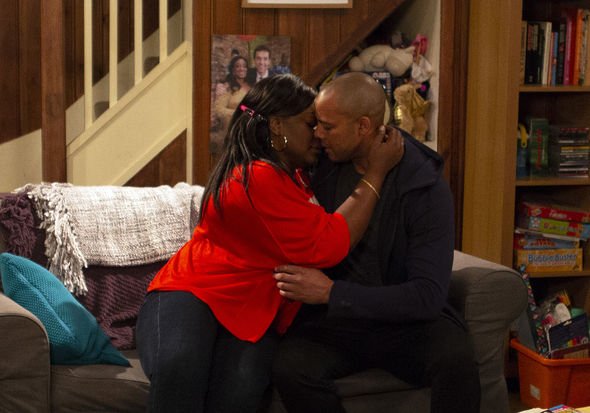 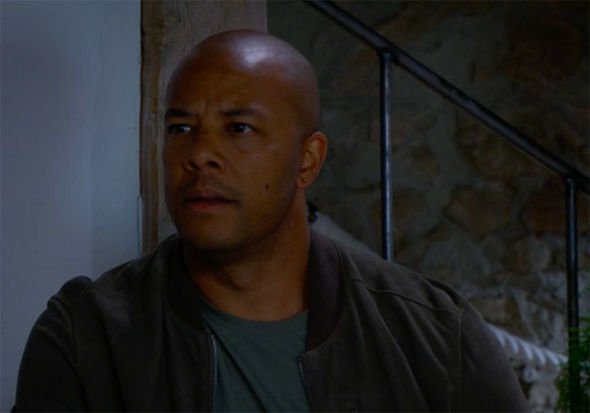 In a preview clip for Wednesday’s episode, Ellis will come downstairs looking like he has something to say, but will quickly be interrupted by Marlon.

“I mean it was a cough and then it went away, I mean what if it lasts for months?

Marlon will see Al coming down the stairs and jump backwards, horrified to see him in such close proximity.

Al will say: “Coughing is out of fashion but the rest of my stuff is in the car-”

Marlon interrupts: “And that’s where it is staying – get out.”

However, Ellis tells Marlon that if Al goes, then he will have to leave also with nowhere to stay.

It’s clear that Al and Marlon aren’t going to get on and there is likely to be a showdown as the two men fight for the top spot in the household.

Could Marlon issue Ellis with an ultimatum to choose between his dad Al or his step-dad Marlon?

As viewers can see, Ellis made it very clear he will have to leave if that happens.

Al isn’t one to hold his tongue, and with Marlon still feeling betrayed and still furious, it seems nothing good will come from this particular lockdown bubble.

Would Marlon really let Ellis out onto the streets with nowhere else to go?

Emmerdale airs on ITV Mondays and Tuesdays at 7pm.