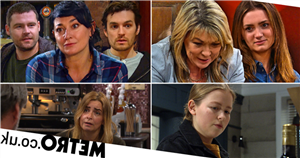 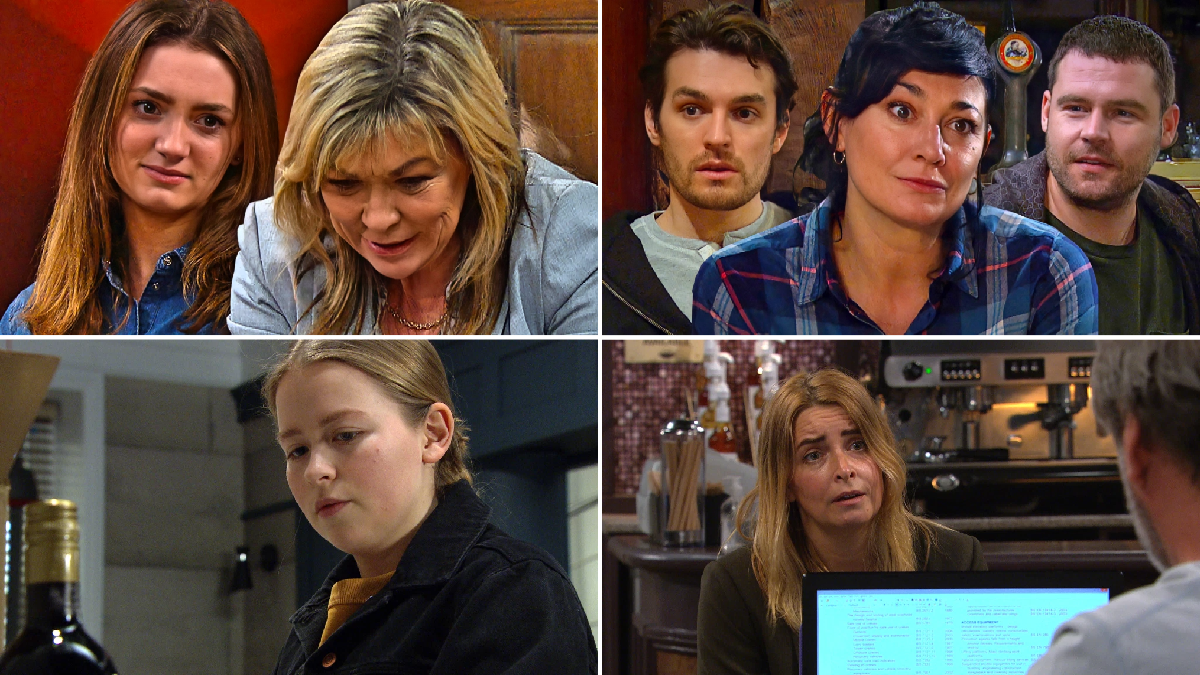 Lives are falling apart in the wake of Paul Ashdale’s death in Emmerdale as Liv Flaherty’s (Isobel Steele) torment leads her to seek solace in the bottle while Lydia Dingle (Karen Blick) is facing arrest thanks to the late Paul’s actions.

Meanwhile, Kim Tate (Claire King) has her eyes set on Gabby Thomas’ (Rosie Bentham) baby but how far is she prepared to go?

Mack assures Charity that he has been discreet about their job. He realises he has been caught out when Charity tells him she is aware he invited Aaron along yesterday, as he came to her and threatened to blow the whistle unless he was cut in.

Doing the latest deal, Mack’s buyer is furious when he finds a tracker among the goods in the back of the van and flees the scene.

The tracker has been left by Moira and Cain, who are trying to catch out Mack over his dodgy dealings. Mack and Aaron are in shock.

Liam has given David a secret mission to help him set up his proposal to Leyla.

Liam is upset that his proposal has been ruined, but realising the lengths Liam went to propose to her, Leyla suggests he try again. After he delivers a speech from the heart, she’s overjoyed and says ‘yes’.

Mandy encourages Lydia to apply for a pupil liaison job at a local school after the success of her counselling session with Vinny.

Jimmy explains to Nicola that he thinks their marriage might have run its course.

After realising her brooch is missing, Brenda begins to suspect she and Pollard have been robbed.

Brenda accuses Faith of stealing her brooch, but has she got it wrong?

Liv’s guilt intensifies over Paul’s death and she almost gives into the temptation of having a drink. Will she open up to Aaron?

Lydia is overjoyed with how well the interview went, but is shocked when a police officer enters the café and arrests her on suspicion of running a scam pension scheme.

Bear is furious to see Faith flirting with Pollard again, but how will he get his revenge?

Ethan continues to confide in Manpreet about his mum, but when Charles arrives, he abruptly exits. Will Manpreet explain to Charles what his son is up to?

Mandy turns her anger towards Nicola for spreading gossip about Lydia’s arrest.

Chas is furious and Eric tries to explain himself.

Ethan opens up to Charles. Lydia reels from her arrest.