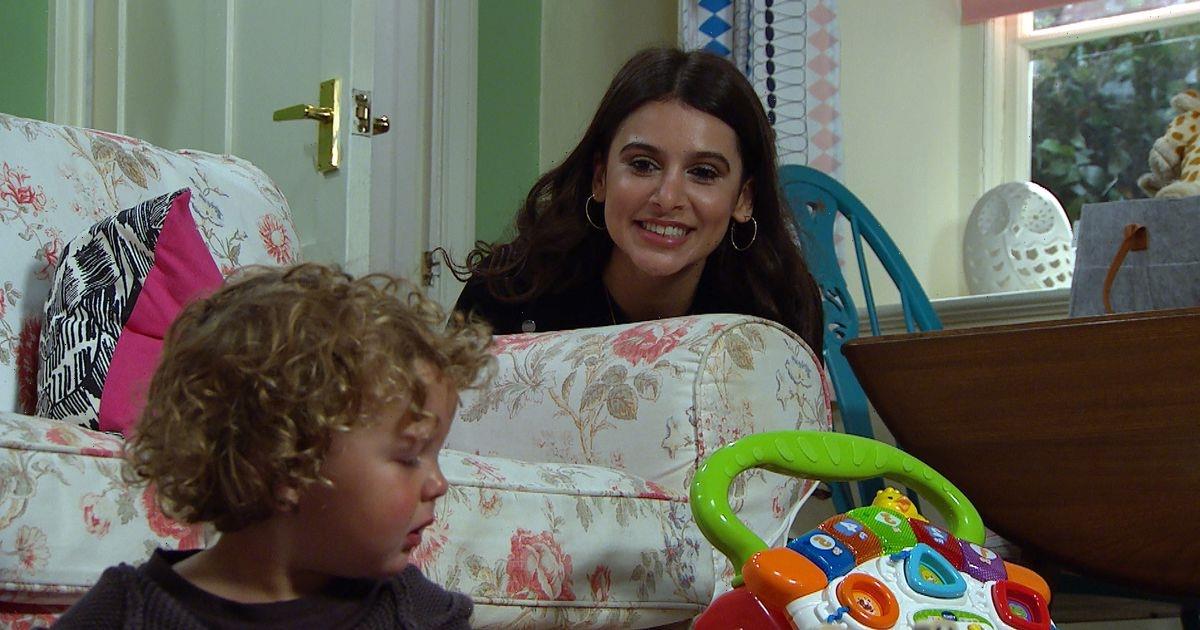 Villain Meena Jutla (Paige Sandhu) has been enjoying her reign of terror over Emmerdale for months.

The serial killer took her first victim in the village by killing Liam Cavanagh's (Jonny McPherson) daughter Leanna (Mimi Slinger) after revealing the truth about her previous murder.

She's been trapping dogs in hot cars and playing mind games with the villagers to get her own way.

Fans were up in arms when Meena finally got her claws into David, and are even predicting she might have an affair with Dr Liam after the two grew closer during Leanna's funeral preparations – despite her being responsible for the teenager's death.

But now it looks as though she might stoop even lower, as David's son Theo goes missing.

Theo burst onto our screens when paedophile Maya fell pregnant in prison, with doubts cast over whether ex-boyfriend David (Matthew Wolfenden) or grooming victim Jacob (Joe-Warren Plant) was the baby's father.

Next week, David and Victoria (Isabel Hodgins) are both struggling with childcare provisions for both their kids, and are soon left fighting for the last place at their preferred nursery.

It's up to an awkward Chas (Lucy Pargeter) to reveal that her daughter Eve has been afforded the place, leaving David and Victoria stymied.

Before long, they draw up a rota for mutual childcare, allowing them to share the load between them.

Later that afternoon, Meena is in full seductive mode as she arrives for a steamy afternoon spent with boyfriend David, but is left furious to find he's babysitting the kids instead.

Meena quickly cottons on that she needs to play her cards cleverly, so the next day decides to phone David and offer to look after Theo – but, seeing he has just rejected her call to continue chatting to Victoria, Meena is overcome with jealousy and anger.

Victoria is in charge of Harry and Theo that day, and briefly pops upstairs to check on her son.

Spotting her chance, Meena creeps in through the back door and looms over poor baby Theo.

When Vic returns downstairs, she's horrified to find the toddler gone, with the baby gate and back door both flung open.

Victoria bursts out into the garden and finds no sign of Theo, and immediately begins to scream in panic.

A desperate search of the village speedily ensues, but will evil Meena get what she wants – Theo out of the way forever?

Emmerdale airs on ITV from 7pm weeknights, with an extra helping on Thursdays at 8pm.