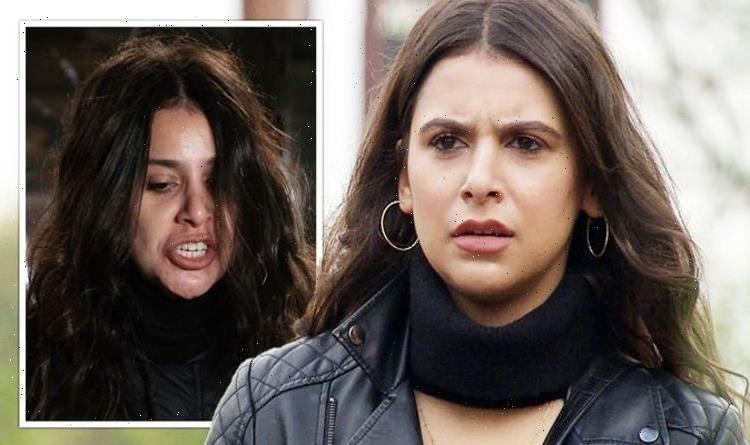 Emmerdale fans have long been waiting for Meena Jutla (played by Paige Sandhu) to face justice for her crimes. The villainous nurse has killed several residents of the village but has so far gotten away with the murders. However, according to official ITV soap spoilers, Sam Dingle (James Hooton) may soon stumble upon some vital evidence. Could this discovery finally lead to Meena’s arrest?

For a long time, Meena managed to get away with her crimes without arousing suspicion, but her sister Manpreet Sharma (Rebecca Sarker) recently discovered the truth.

Since Manpreet found out about Meena’s crimes, she’s been held hostage by her evil sister.

Vinny Dingle (Bradley Johnson) is also now being held captive by the serial killer after he stumbled into the barn where Manpreet was tied up.

Fans of the ITV soap are desperate for Meena to be found out, but will she be caught in time to save Manpreet and Vinny?

According to official soap spoilers, evidence of Meena’s crimes could soon be uncovered.

For a while, Meena had been keeping trophy items she stole from her each of her murder victims.

However, growing concerned she might be caught out, the killer recently decided to get rid of her trinket box that held the trophies.

Last week, Meena took action and buried the box at the village allotment.

However, this move could prove to be fatal for the serial killer as another Emmerdale resident may soon dig up the evidence.

In upcoming scenes on the ITV soap, Leyla Cavanagh (Roxy Shahidi) and Jacob Gallagher (Joe-Warren Plant) survey some damage at the allotment

Unseen by either of them, Meena’s trinket box is just about visible as it sticks up from the earth.

However, later on, Sam works on the allotment and inadvertently shovels dirt across the trinket box.

Will he find the box while turning over the soil? If so, the evidence could be enough to put Meena away for her crimes.

If Sam contacts the police, there may be a showdown in the village as officers arrive to arrest Meena.

Will the killer accept defeat or could she attempt to run from the police?

Viewers have been patiently waiting for the killer to be caught out, sharing their thoughts on Twitter.

“#Emmerdale When is Meena going to get caught out for all the murders that she’s done. She can’t kill everyone on Emmerdale can she. I can’t wait for her to make the smallest of mistakes that will lead to her downfall and finally her arrest. @GaryLloyd070 said.

Fans will have to tune in to find out Meena’s fate.