During this evening’s episode the actors could be seen in scenes at Home Farm at a party after Kim Tate returned from prison. 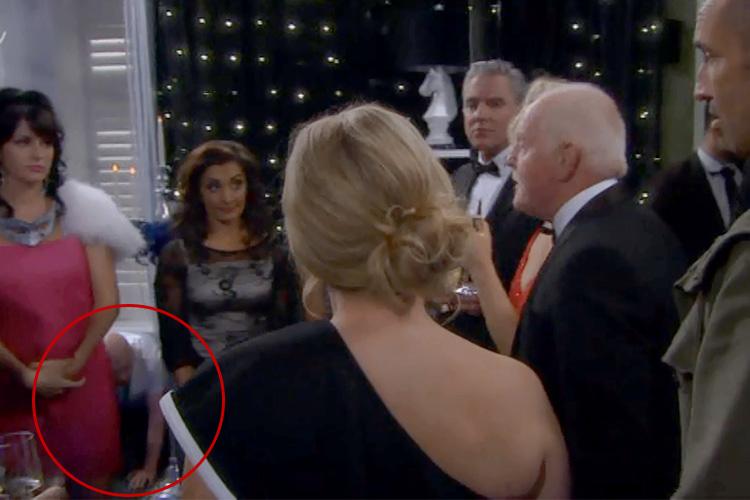 The dastardly character was involved in a horrific accident as she fell from a balcony and fell onto a glass champagne fountain at her property.

She hit her head and suffered concussion but came round in hospital afterwards and survived.

But at the party, a man could be seen hiding close to the floor behind them with his hairless head on show.

Viewers laughed that it may have been Kim’s attacker hiding away ready to head upstairs and push her.

One person tweeted: “"Jeez @emmerdale the person who is gonna push Kim Tate is lurking there in the background….. Not a great job at hiding though!!" 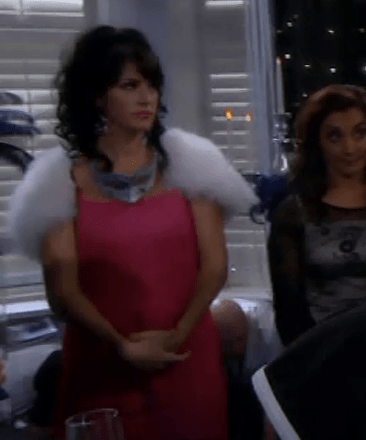 Viewers predict it was little Noah Tate who caused Kim to suffer her fall but the person hiding did not look like him if he was waiting ready to attack.

Taking to Twitter, one viewer wrote: “Seriously think it will be Noah who pushes Kim.” 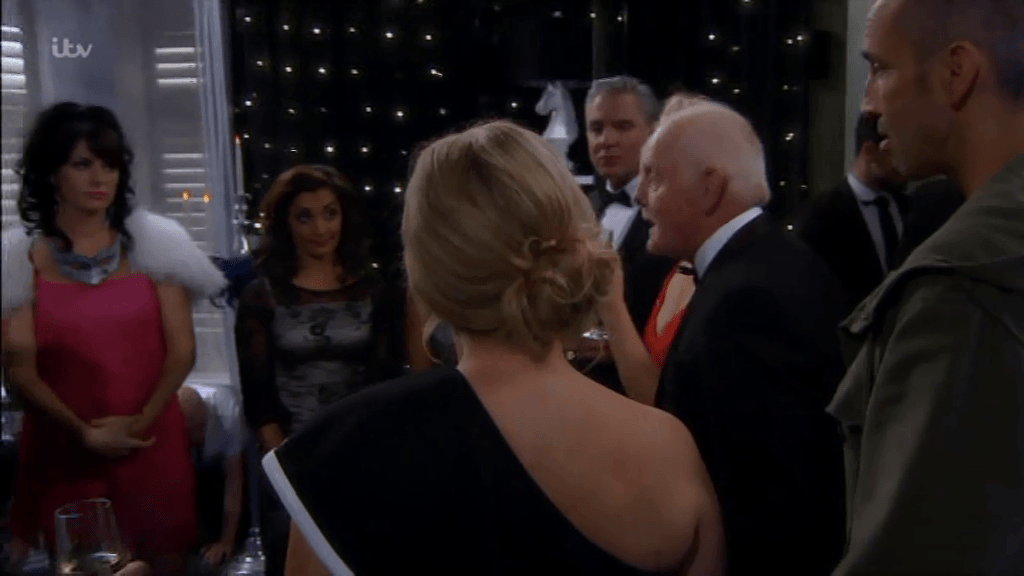 Another tweeted: “Noah is going to push Kim and they’ll all cover it up to protect him.

Another posted: “I agree Noah but also a wee bit obvious after that episode.”

And another commented: “Noah did it!”

Previous post Who's on the One Show tonight? Lara Pulver and Adrian Lester join Alex Jones and Matt Baker

Next post A Spooky Guide to New Halloween Series, Movies, and Specials in October