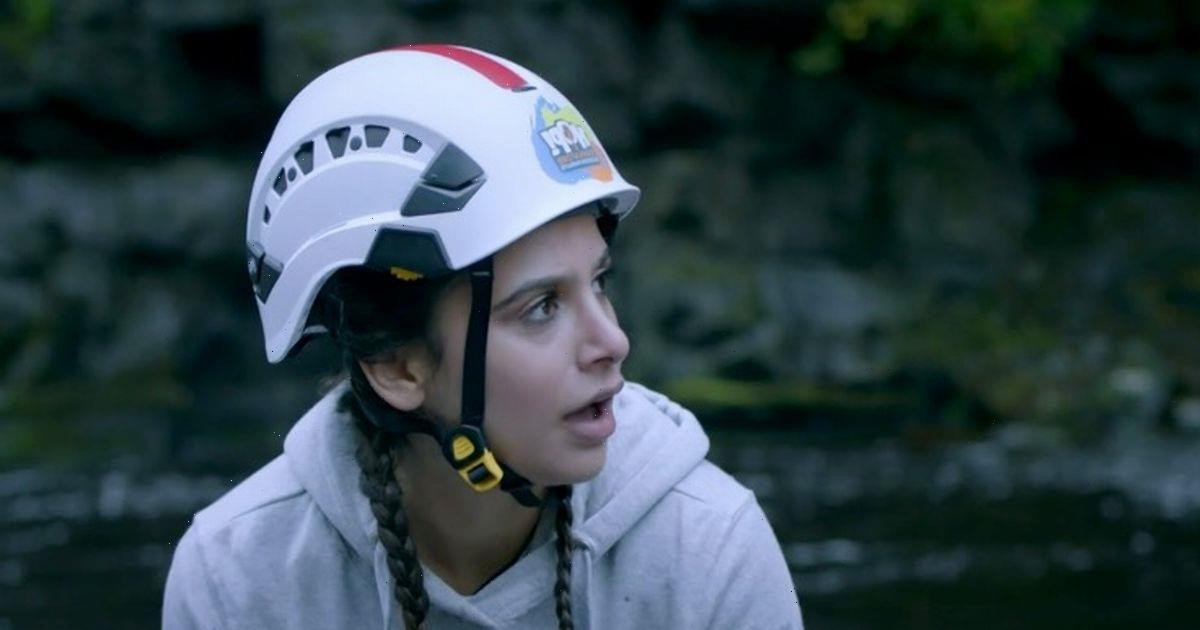 Emmerdale fans have spotted a vital clue in order to bring down evil murderer Meena Jutla.

During Wednesday's episode, Meena, who brutally hauled Leanna (Mimi Slinger) off a bridge to fall to her death earlier this year, attempted to drown Victoria Sugden.

On Tuesday's episode, Victoria plunged down a deadly waterfall after a perilous rope bridge collapsed above a canyon during the residents' eventful survival challenge.

During the latest instalment, Meena, who has been terrorising Victoria for weeks in the village due to being threatened by her feelings for her boyfriend David Metcalfe, spotted her lifeless body in the water.

However, instead of trying to help her, the evil nurse attempted to drown her in the water without realising that she was been witnessed by a horrified Andrea Tate.

And as well as Andrea, there was an abandoned GoPro camera in the background which appeared to record Meena's attempt at drowning Victoria before David and Billy Fletcher ran over to save her.

Eagle-eyed soap watchers have already predicted that the device will be a vital clue to bring down Meena as it will have recorded her attempt at murdering Victoria.

One person said: "Wasn’t there a camera in the water while Meena was trying to drown Victoria? #Emmerdale."

A different account put: "Mmmm? Was that all caught on camera?? #Emmerdale."

Another follower commented: "Anyone else see the go pro camera?? #emmerdale."

And things took an even more dramatic turn when Meena realised that Andrea had witnessed her attempting to drown Victoria.

After confronting her, Meena told her to "go" as Andrea pushed her to the floor and sprinted off into the woods with the evil nurse following her.

At the end of the episode, Andrea attempted to hide in a maize maze with Meena running behind her in terrifying scenes.

Yet when Andrea ran to a "dead end" sign, Meena appeared to take humour in this as she commented: "As if, I mean surely that's a sign…"

It ended with Meena picking up the sign and saying: "Don't worry, it'll be quick!" as Andrea screamed on in horror.

Emmerdale continues on weekdays at 7pm on ITV.

For all your updates on Emmerdale, sign up to our daily OK! newsletter.