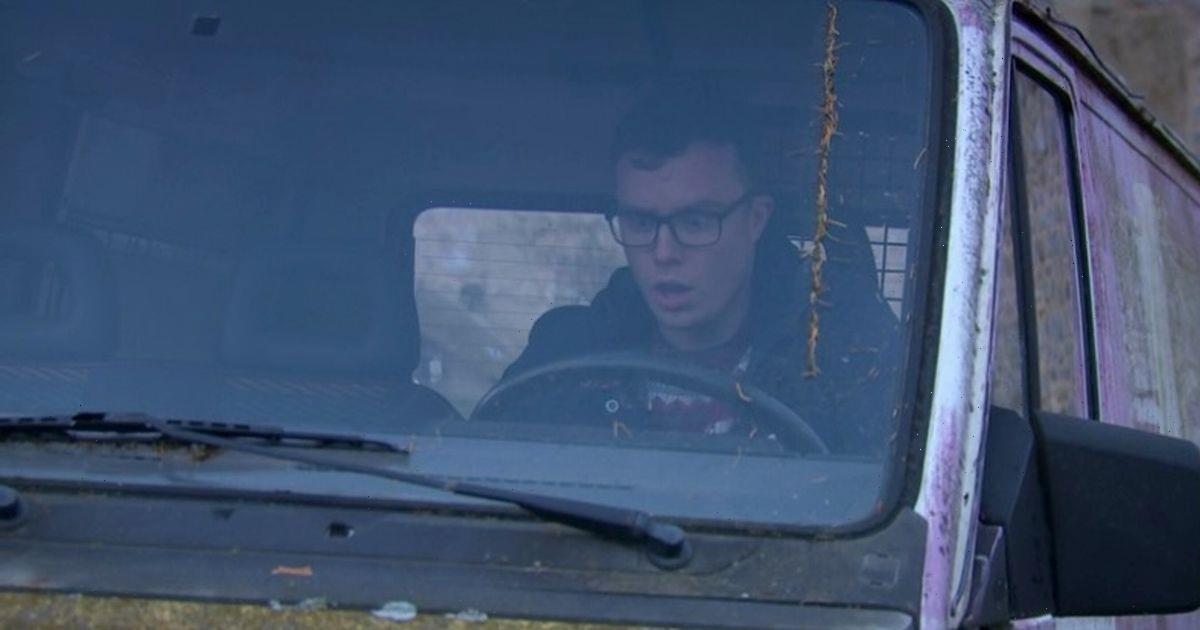 Emmerdale fans were left baffled on Friday's episode as Vinny Dingle made a van blunder before he was knocked out by murderer Meena Jutla.

Only recently on the ITV soap, Vinny has been playing detective as he attempts to free Liv Flaherty from prison after she was wrongly arrested for Ben Tucker's murder.

On Thursday's episode, after creating a whole murder investigation board, Vinny was left disheartened following a meeting with Liv and he decided to give up, throwing his evidence in the bin without realising Meena had tampered with it.

During Friday's instalment, Vinny was left suspicious following a chat with Meena, who knows he is wary about her, in the cafe as she shared her own theories about Ben's murder.

And he was left even more concerned as he saw Meena threaten Noah Dingle outside after she discovered he had stolen one of her murder keepsakes – Leanna Cavanagh's ring.

Spotting Meena get into her car, Vinny decided to follow her in the Dingle van as he discovered Manpreet Sharma being held hostage in a barn.

However, before he could help her escape, Meena snuck up behind Vinny as she knocked him out and exclaimed: "I do so love visitors" with Manpreet begging her sister not to kill him in the closing scenes.

Soap watchers were quick to question why Vinny would follow Meena so closely in an obvious van amid his suspicions she's a murderer and why he didn't ring the police.

Taking to Twitter, one person said: "Why on earth would Vinny go chase Meena in his van when he has suspicions she could be a murderer #Emmerdale."

Another follower commented: "Vinny is not very subtle at following, is he? #Emmerdale."

Another viewer wrote: "So smart of Vinny to follow Meena in such an inconspicuous van as the Dingle’s #emmerdale."

While a different soap watcher added: 'Why don't Vinny just go to the police with info and Noah!"

It comes as Emmerdale released an explosive new spoiler video on Saturday, teasing the dramatic upcoming scenes where Manpreet manages to find a key and vows to save Vinny.

For all the latest cast updates and juicy Emmerdale spoilers, sign up to our daily OK! Newsletter . Emmerdale continues weekdays at 7pm on ITV.