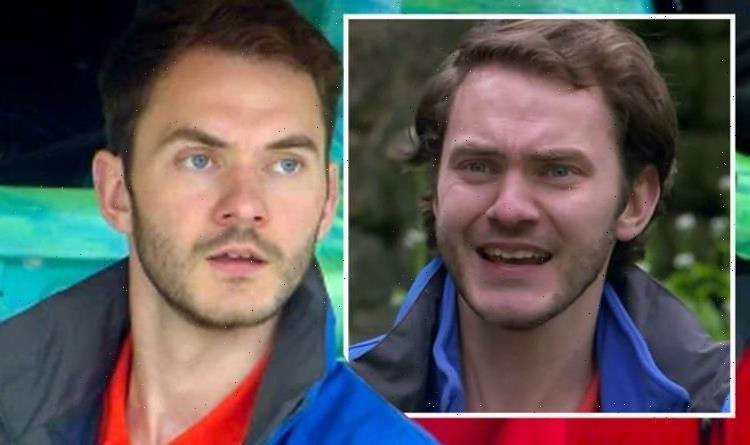 Ben (played by Simon Lennon) has been involved in a turbulent relationship with Aaron Dingle (Danny Miller) since he arrived in the Emmerdale village last year. At the moment, the couple are in the most comfortable position they have been since getting together but everything could soon change. With the events of the past year still weighing heavy on his shoulders, it seems the beloved ITV soap character could end things with his boyfriend before making an exit.

The drama kicks off next week when Ben starts applying for a new job following the events of the survival challenge last month.

Although he’s not sure what the future holds for his boyfriend, Aaron is supportive and believes the new job could be somewhere nearby.

What the latter doesn’t realise is his partner is hiding a secret from him in the fact he’s been looking at careers in Cornwall.

He has been harbouring this information as he knows Aaron has had a string of failed relationships in the past and he might not be able to deal with the loss of another.

It seems this storyline will be playing out over the next couple of weeks but this could mean a split is on the horizon for the beloved couple.

Although they might not break up initially after Ben leaves the village, the distance could become problematic for them.

With his eyes wondering, Aaron could end up falling for another man in the Dales and Ben could do the same in Cornwall.

Knowing their relationship is not as strong as they first thought, the couple could agree to break up and wish each other well for the future.

This would be heartbreaking as Ben has helped Aaron with his sister, Liv Flaherty (Isobel Steele), and vice versa the Dingle man has helped his boyfriend with his troubles with his father.

However, with Ben not being killed off, this could leave the door open for him to return in the future and this could have huge repercussions for Aaron.

Ben has love for Aaron

The actor who plays Ben, Simon, teased things were never going to be plain sailing for his character in the village.

Simon explained: “Ben has a huge amount of love for Aaron. It’s still the early stages for them. They’re still learning about each other.

“The more time they spend together, the closer they become. They care a lot for one another and have each other’s backs.

“Relationships aren’t easy. Especially when there is past trauma involved. But they’re strong as a couple and I think they deserve to be happy.

“As Ben’s hidden home life comes to the forefront, his relationships in the village will be tested,” he continued.

“We’ll learn more about Ben as an individual and what is really happening behind his resilient facade,” he added in an interview with Metro.co.uk.

But Ben will have more to contend with than just worrying if Aaron will be left heartbroken if he leaves the village.

Following Andrea Tate’s (Anna Nightingale) death, the manager of the HOP Jai Sharma (Chris Bisson) will try to blame Ben for the tragedy.

Despite the ruthless businessman trying to offer up some money for the youngster to take the wrap, Ben goes on the search for a lawyer.

However, he soon realises he is never going to be able to match up to the support the village villain has behind him.

Discussing why his character sets Ben up for the fall, the actor who plays Jai, Chris, said: “From the HOP perspective, Ben has signed off all of the risk assessments so that’s the next person in the firing line.

“There’s a pecking order for who he’s going to go for first. Obviously, he’s at the very back of that queue,” the actor added.

“He does have this card to play which is to pin it on Ben because he signed the risk assessments on behalf of the business.”

Things don’t look too good for Ben, making his future in the village very bleak, so will he decide to leave for pastures new?

It seems viewers watching at home are also curious about Ben’s future and have taken to Twitter to share their views.

Simon said: “Jai having it in for Ben. I don’t want him to go down, & Aaron can’t lose his man like that a 2nd time!”

Deluca commented on the social media platform: “Ben has barely been in the show of late and now he facing jail time…poor guy #Emmerdale.”

“So Ben is going to get it then – well that will put Aaron in a proper mardy mood #Emmerdale,” Doreen shared.

Ryan remarked: “I hope we get more scenes with Ben and Aaron over the next few episodes. I like them together they need more airtime.”

But will they be sharing their last scenes together very soon?

Emmerdale airs weekdays at 7pm on ITV, with an extra episode airing on Thursdays at 8pm.