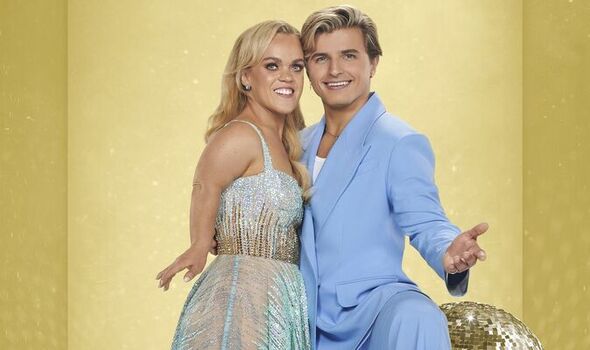 Val and Steve Simmonds even compared Ellie’s debut to her biggest moment at the London Paralympics but said their own fears were quickly extinguished as Ellie and dance partner Nikita Kuzmin lit up the studio.

The swimmer, 27, may have won five gold medals but nothing compared to stepping out on the famous BBC dancefloor, according to her proud parents who added she ”is a constant source of pride for us”.

Steve said: “Oh yes, we were nervous. Eleanor was very nervous too and she shared that feeling with us. So yes, we were apprehensive.

“We likened it to watching her 400m final in London 2012 – but a shorter time to hold our breath, although only just. We were blown away. We were on the edge of our seat, but from the minute she stepped off the lounger…wow!

“Eleanor has been uncompromising in her belief in herself and who she is. We’ve always told her that she can do anything she wants to, and Strictly is the next example of her continuing that theme.

“Doing so and continuing to behave in the honest and open way that she does is a constant source of pride for us.”

Ablaze in a gold dress of sequins and tassels, Ellie certainly looked the part when the moment came to hit the dancefloor for the cha-cha-cha.

With 26 points out of 40, it was a strong start to Ellie’s Strictly journey, with some bookies even making her an outside 16-1 shot to lift the Glitterball trophy.

The swimmer, who has achondroplasia, which stunts growth in arms and legs, is used to winning.

At the age of 13 she was the youngest British athlete at the 2008 Summer Paralympics in Beijing, and won gold medals in the 100m and 400m freestyle events.

Dad Steve added: “Who knows whether she can be a contender for the Glitterball. She’s definitely way out of her comfort zone, but whether success on the dancefloor will beat her success in the pool really is a question for her.

“Eleanor clearly has rhythm and enjoyed a boogie when she was a kid, but not sure you would say that there was a Strictly dancer in there – which makes this more amazing.” ??Kaye’s tango terror: Pages 26-27.