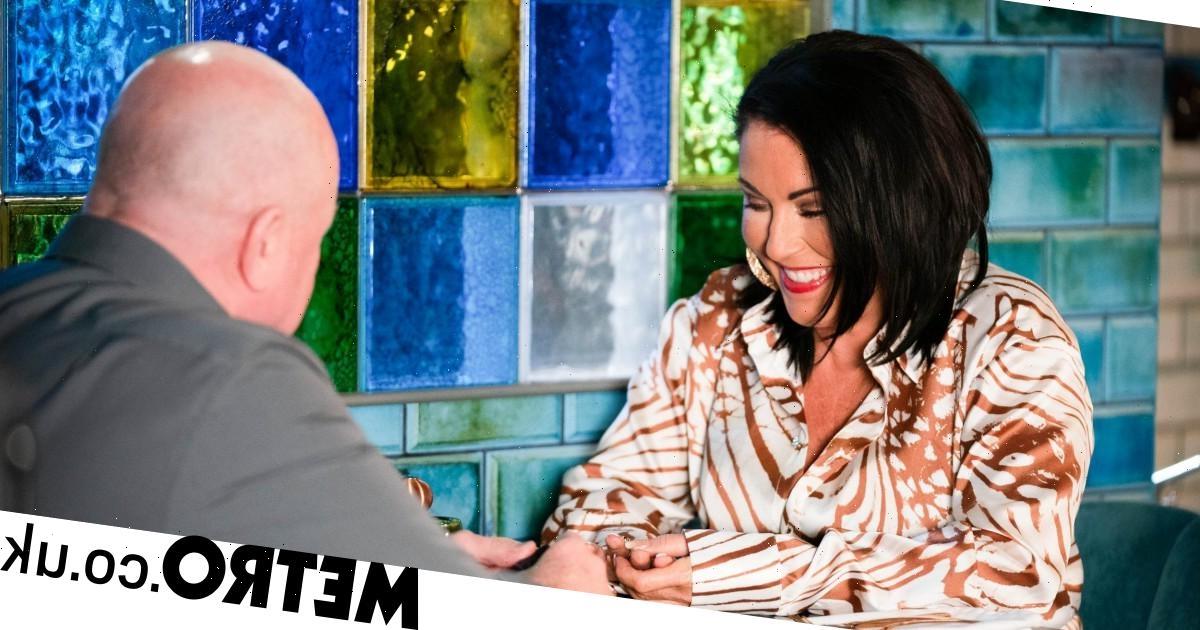 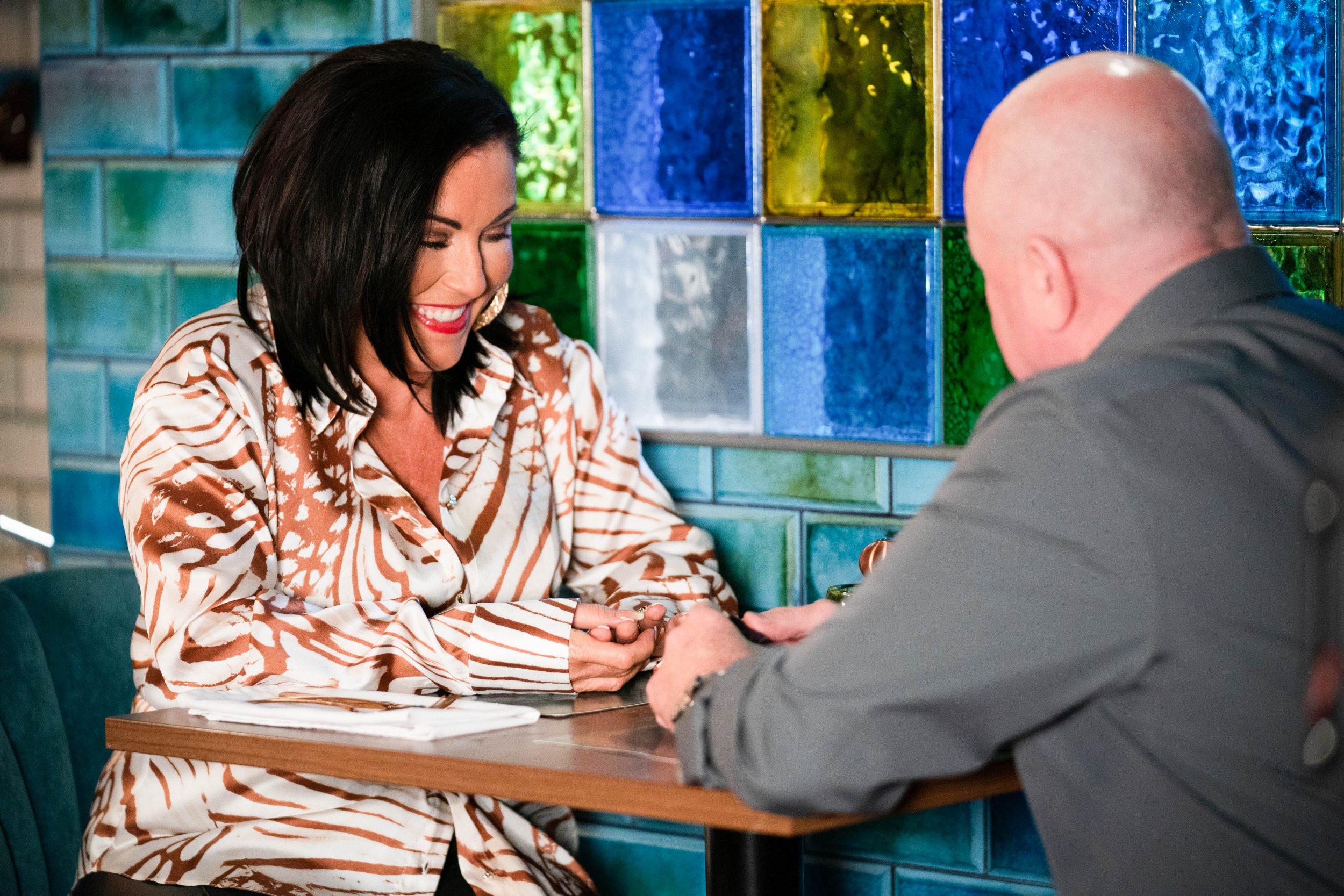 It’s all been a bit confusing for Phil Mitchell (Steve McFadden) following his return to Walford in EastEnders.

Aside from working for DI Keeble as an informant, Phil received a huge shock from Sharon (Letitia Dean) a few days ago.

Prior to Phil faking his death, Sharon confessed she’s still in love with him, convinced he would be killed in prison so now was definitely the best time to be honest about her feelings.

Settling back into life in Albert Square, Phil’s relationship with Kat (Jessie Wallace) initially looked as though it had come to an end.

He decided to head over to Sharon’s so they could talk about their feelings for each other.

‘Maybe all these years, it’s all been a mistake,’ he said to Sharon. ‘Right from the start. Maybe we should’ve always been together.’

Sharon struggled to hide her joy, and soon enough, both she and Phil shared a passionate kiss. Their reunion, however, was short-lived, as Phil caught sight of Sharon’s phone, revealing that Grant (Ross Kemp) was calling her.

He demanded an explanation, and thus Sharon filled him in , explaining that she’d notified Grant of his ‘death’ last week. Phil, feeling betrayed, stormed out, and proceeded to head straight for No.31, where he professed his feelings for Kat, begging for another chance.

Kat decided to reunite with Phil and soon, as these new pictures show, the couple turn their attention to the wedding.

Kat is filled with happiness when Phil shows her that he is serious about getting married.

They set a date and on top of all that, Phil gives Kat a very special engagement ring.

Will their happiness last?

Not if Alfie Moon has anything to do with it…