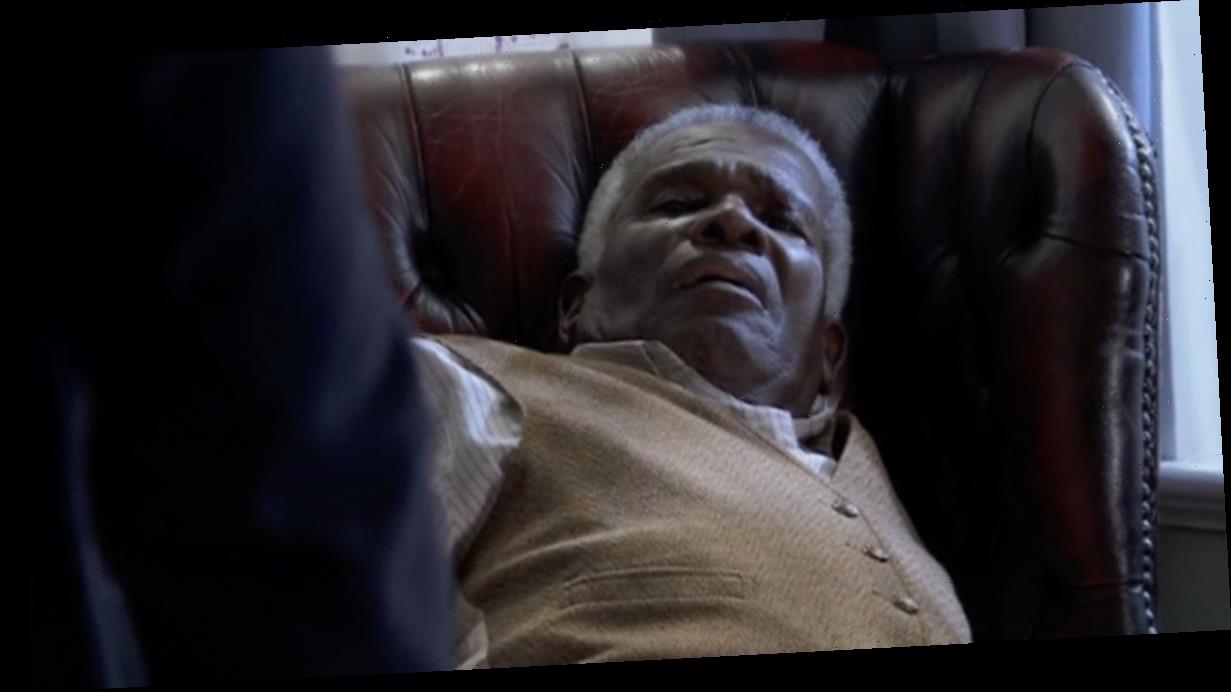 Lucas unexpectedly turned up to speak to ex Denise but Patrick answered the door instead.

The serial killer made way into Patrick's home and the pair exchanged changes.

However, things took a turn for the worst and Patrick collapsed and appeared to suffer a heart attack.

Lucas watched on as a poorly Patrick look at hime for help.

Viewers at home rushed to their keyboards as Patrick's life hangs in the balance.

Taking to Twitter, one fan penned: "Omg nooooo not Patrick."

A second person added: "Poor Patrick, he's just gotten over Covid to now have another stroke!"

While a third posted: "Patrick omg, they better not kill him off."

A fourth wrote: "Omg I hope they don't kill Patrick off."

The Walford hardpan promised to do as Patrick please, in return for some time with his young son Raymond Dawkins.

Patrick agreed to Phil's terms but struggled to keep the secret from Denise.

He took little Raymond for a game of football in the park with Phil on during the latest edition of the BBC One soap.

However, they were spotted having some quality time by Kim Fox (Tameka Empson) who rushed to tell sister Denise the truth.

Denise was furious with Patrick and packed her and Raymond's belongings to move into Jack Branning's home.

Patrick as left heartbroken as a result and he faced further devastation when Lucas arrived at his front door.

The murderer pushed his way into Patrick's home demanded to know who was behind his attack.

Lucas was convinced Denise was behind his assault but Patrick revealed that he was to blame.

As Patrick yelled that Lucas was an evil man, he struggled to finish his sentence and collapsed onto the chair.

Lucas took out his phone to call for help but decided to watch on as Patrick starred back at him.

EastEnders continues on BBC One on Friday at 8pm