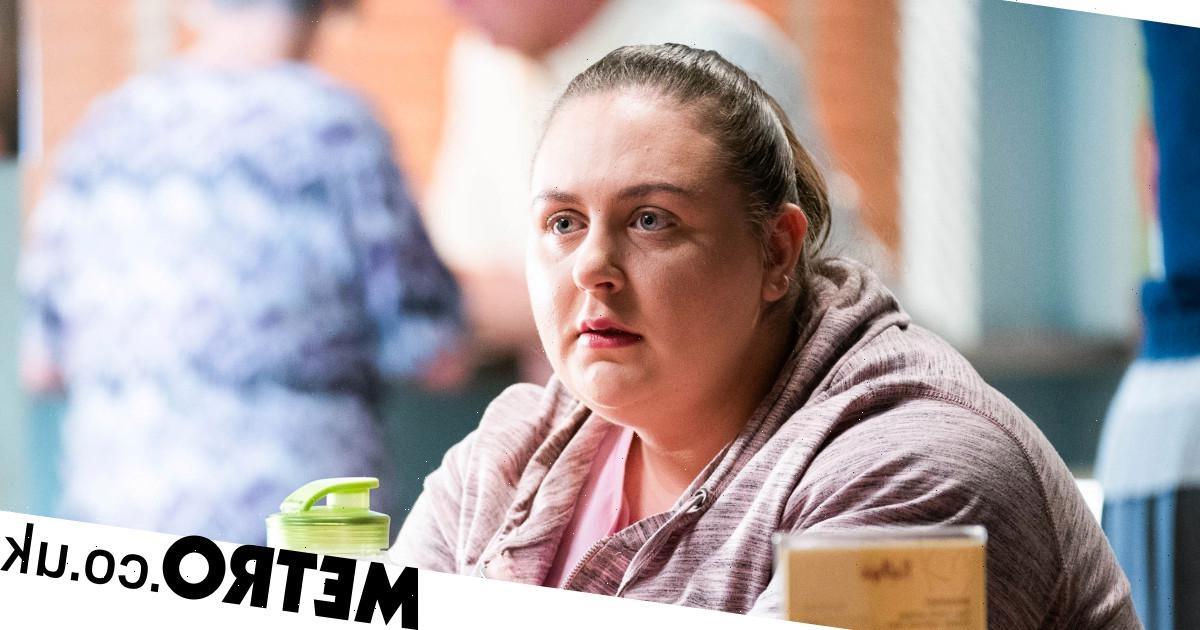 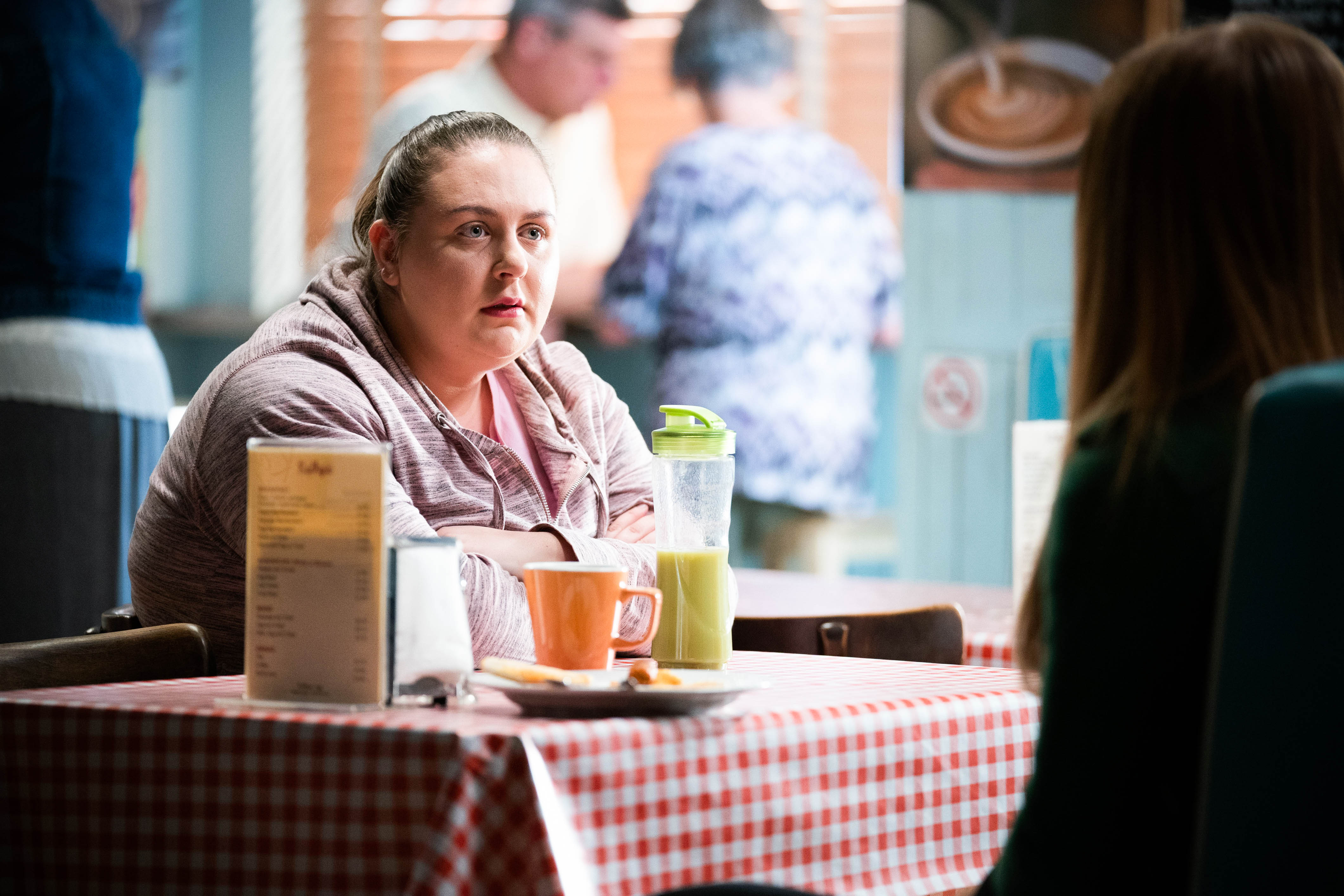 Bernie Taylor (Clair Norris) is one of soap’s most endearing and purest characters and the EastEnders youngster is selflessly offering to become a surrogate for Stuart and Rainie Highway (Ricky Champ and Tanya Franks) in order to get money to help her family.

We got together with actor Clair, who reflected on Bernie’s journey since coming out, how diet pills could lead to trouble for her alter ego and her opinions on whether Bernie should find love.

What are your memories of the Pride episode where Bernie came out?

Pride was my favourite episode to film, to watch – my memories are that it felt so real. It felt I was real and I was really part of Pride, the supporting artists all dressed up and being who they are really actually helped me do the scene.

It was just really inspiring, I got goosebumps watching it for the first time – we all had such a laugh. It’s by far my favourite memory at EastEnders.

Do you think this year’s Pride event is harder with Covid restrictions in place?

I am not a part of Pride episodes this year, Bernie has got her own thing going on. The filming side of things, compared to the last Pride, it is tougher with cast and supporting artists all having to be socially distanced. With all of the techniques that the directors and amazing crew should make it look and feel exactly as it should and how it was last year. Not being a part of it this year makes me more excited to watch it!

What is going through Bernie’s mind at the moment?

There is a big turn for Bernie – which was Pride. She really owned who she was and knows who she is. When she spoke to Rainie and Stuart about it being her body and her choice. We saw her go from a young girl to a grown woman. She is trying to find her own purpose and she is being brave and making her own decisions.

How much risk is she at from relying on diet pills?

Obviously, we’re starting to see Bernie’s eating patterns and her feelings about weight loss. It is a look at how she views herself – she has a lot at stake and that’s what motivates her. It is a path people go down looking for the fastest way to lose weight – not necessarily the most sustainable way to keep the weight off. People do find themselves in fad diets and pills – you hear it all the time, people saying they need to be summer body ready. People think they have to do things quickly.

Bernie is doing it to be a surrogate but I just hope that through this story, people can see the effects of it and raise awareness of it, rather than promote it as you see on social media. That’s where Bernie has likely been influenced by it – they are said to be the quickest way but actually it’s by far not the safest way so we’ll see what trouble that causes for her later on.

What is her motivation – has she thought this surrogacy through?

I think she is thinking about money and wanting to help her family. From her own circumstances, she knows what it feels like to really want a baby or want it back first hand. At first it was spur of the moment, she has thought about it more. She sympathises with Stuart and Rainie – the circumstances are different but the same result is a baby. In that sense, she really does just want to help.

It’s always been something that has been hinted at – espcially when Bernie came out and got to know herself and what she wants. I have loved seeing Bernie’s progression from having a crush on her friend to going on dates. It didn’t necessarily go to plan but not everyone gets someone straight away and I am happy we are normalising that not everyone has to find someone straight away.

On the other hand, now we’ve seen Bernie on her journey, seeing her with the ups and downs of love would be nice. For now, she is being confident in her own company but yeah it would be good for her to eventually find somebody; I think that’s what everybody is waiting for!

What reactions from fans do you get about Bernie?

The reactions I have got have been really, really good since the last Pride event. I think we have really seen that Bernie has a heart of gold – there isn’t a bad bone in her. Initially the Taylors and Bernie were misunderstood but people can now really relate to Bernie – everyone knows a Bernie. Pride went down so well, it’s even more reason that so many people want Bernie to find love.

What would be your dream storyline moving forwards?

I’d like there to be something around her dad – whether she tries to find him or exploring what it’s like to live a life without a father or not even wanting to know him as some fathers are absent and vice versa with mums. I’d like to see her go on a journey deciding whether she wants a relationship with him, we don’t really know much about him.

I’d also like her to discover a passion and the struggles of not knowing what she wants to do with her life. Sometimes there is so much pressure on young people to decide so early on the direction of their life – such as having to pick your GCSE options and A-Levels so early.

You are having to know your direction very young but some don’t decide until later on – so I think the younger generation could relate to Bernie in that way as she hasn’t quite found her passion or path in life yet in that sense.