EastEnders‘ Stacey and Martin Fowler have found themselves caught up in the aftermath of Ruby Allen’s rape storyline and now it looks set to test their relationship.

Viewers have seen both Stacey and Martin hear a different version of what happened on the night in question from both sides, with Ruby telling Stacey that she slept with Ross but later woke up to find Matt on top of her and doesn’t remember agreeing to it, while Martin was told by his friends that everything was consensual.

In tonight’s episode (October 11), Stacey and Martin found out about the version of the story that the other had been told, only to find themselves at odds when Martin started to defend his friends. 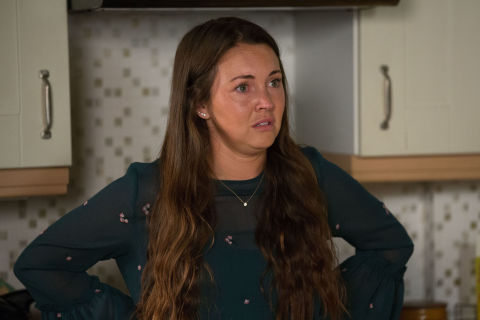 “You were both putting the drinks away,” Martin said. “Maybe she just don’t remember. She’s a bit forgetful.”

When Stacey stressed that Ruby remembers everything, Martin questioned why his friends would come and see him to laugh and joke about it if she had been raped, which Stacey insists she had been. 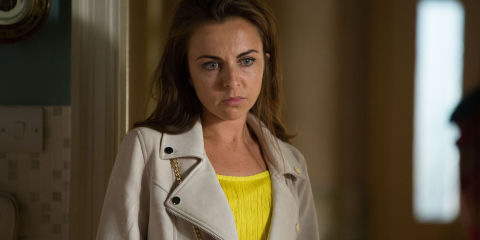 Stacey and Martin had supporters on both sides at home too, with many viewers arguing that they’re both acting in their friends’ best interest, based on what they’ve been told:

Ultimately, Stacey storms off and finds Ruby, who is struggling to come to terms with what happened.

As Stacey remembers her own rape ordeal, she encourages Ruby to go to the clinic and then decide whether or not to tell the police, which Ruby ends up agreeing to do. She goes to the clinic and admits out loud what happened to her for the first time.

Elsewhere on Albert Square tonight Mel and Ray’s anniversary celebrations are cut short when Jack lets Mel know he has news about Ray, and Mel’s suspicions are later raised even more when Ray gets an urgent phone call and rushes away.

After paying Jack a visit, she’s left stunned to find out that Ray lied about Jeff’s history, and she later makes an even more shocking discovery that could change their relationship forever.

EastEnders airs on BBC One.

Rape Crisis England and Wales works towards the elimination of sexual violence. If you’ve been affected by the issues raised in this story, you can access more information on their website or by calling the National Rape Crisis Helpline on 0808 802 9999. Rape Crisis Scotland’s helpline number is 08088 01 03 02.

Readers in the US are encouraged to contact RAINN, or the National Sexual Assault Hotline on 800-656-4673.

Next post ‘Thunder Road’ Review: A Cop, A Character Study, An Instant Classic