As the week kicks off, Dot, played by EastEnders queen June Brown, arrives home from Ireland where she’s been visiting her grandson Charlie Cotton and baby Matthew. 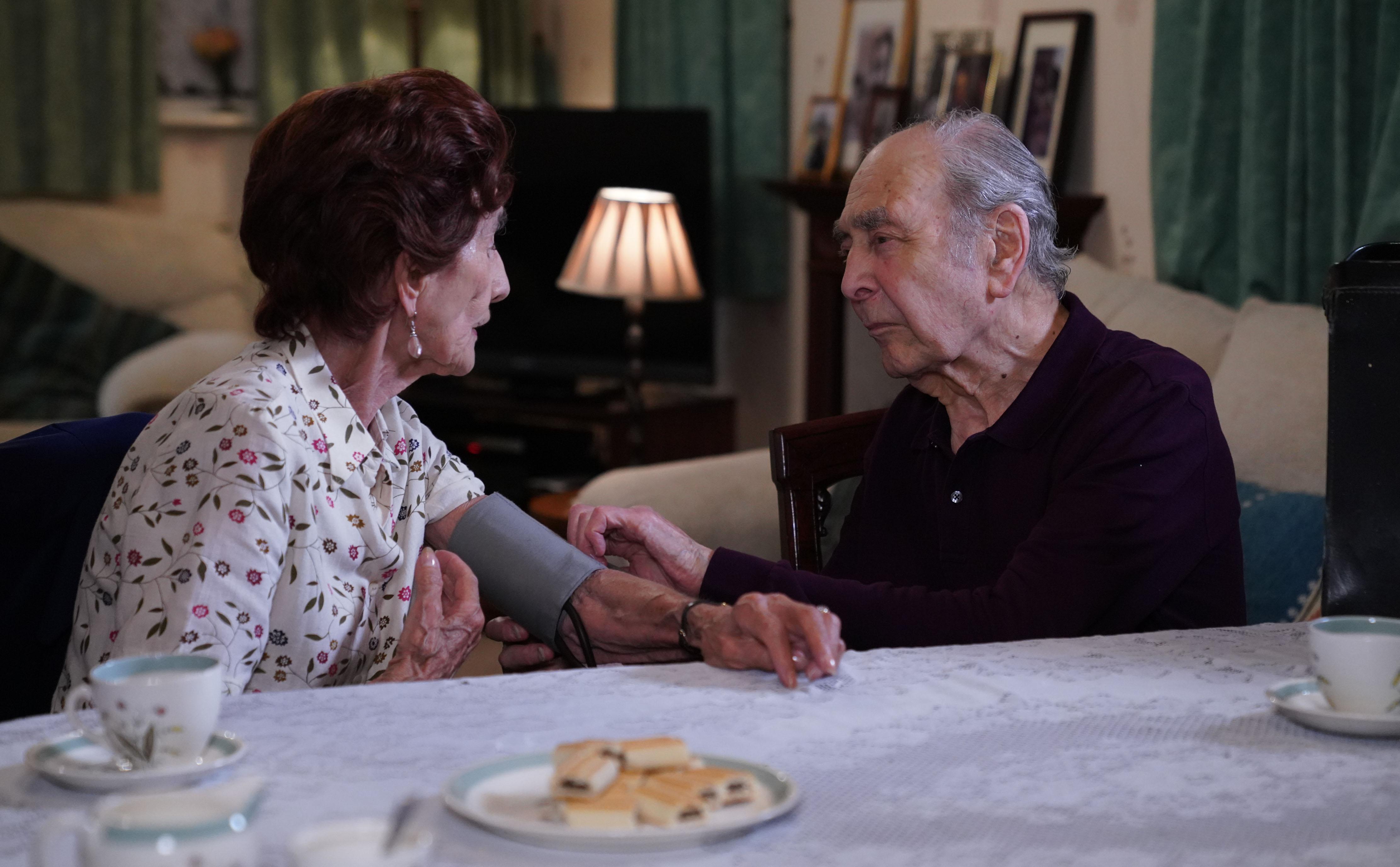 On her return, Sonia Fowler senses that something’s wrong with Dot and Dot soon confides in her that she’s been having some funny turns lately.

A worried Sonia tells Dot to make an appointment with her GP and get herself checked over asap.

Dot agrees and later she waits anxiously at the surgery.

Later Jack Branning pops in to see her and when he too senses something isn’t right, Dot makes a startling confession. 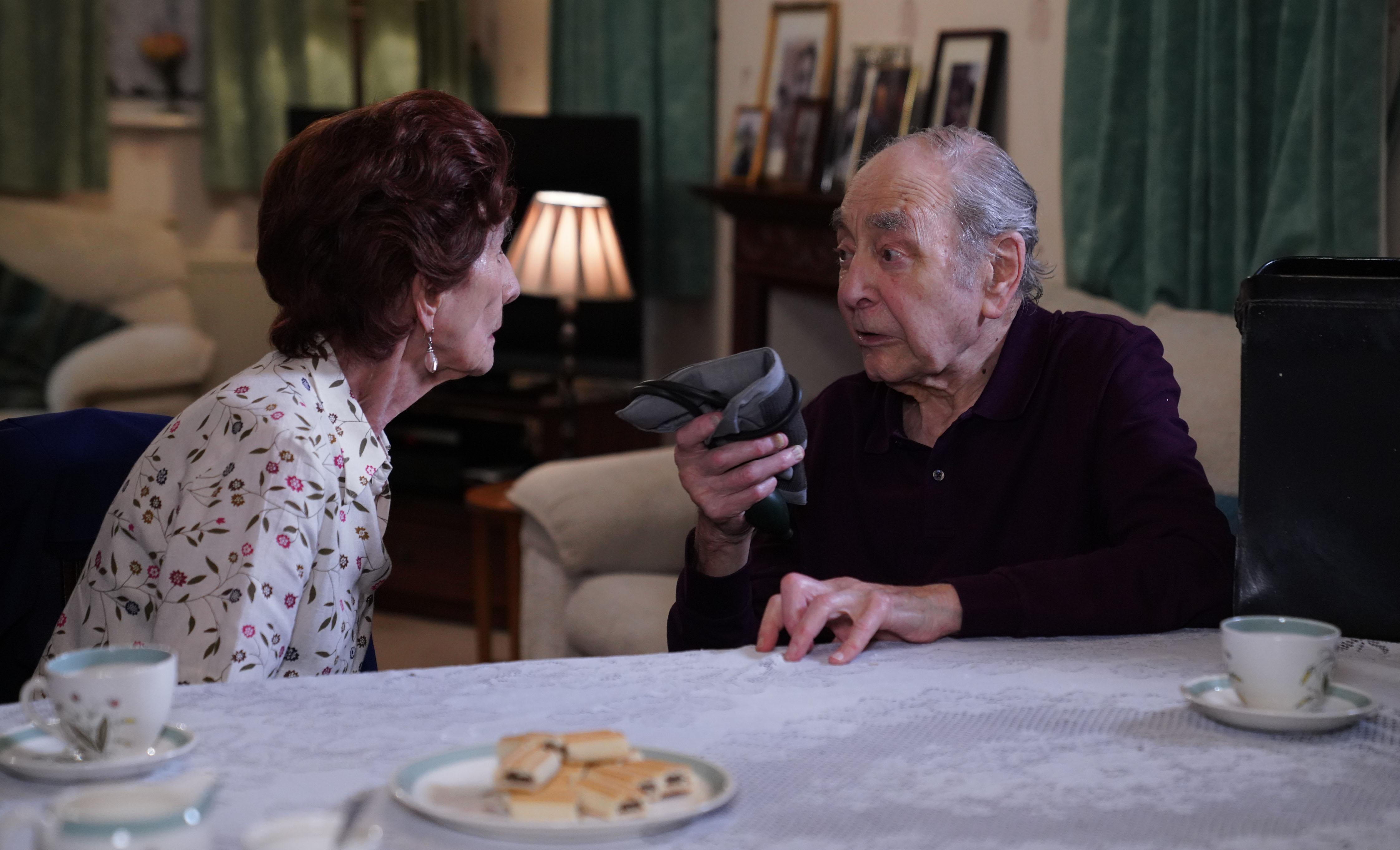 Jack helps Dot get a second opinion on her health, but she still isn’t convinced, despite Jack trying to reassure her.

But then she gets an idea and heads off to meet up with an old friend she knows she can trust – Dr. Legg himself.

Dot’s reassured by her old buddy and invites him along to Robbie Fowler’s surprise birthday party – even though Robbie is nowhere to be seen.

After a warm welcome Dot and Dr. Legg fondly reminisce about the old days on the Square, but Dot is left stunned when the doc reveals some shocking news. What is it? 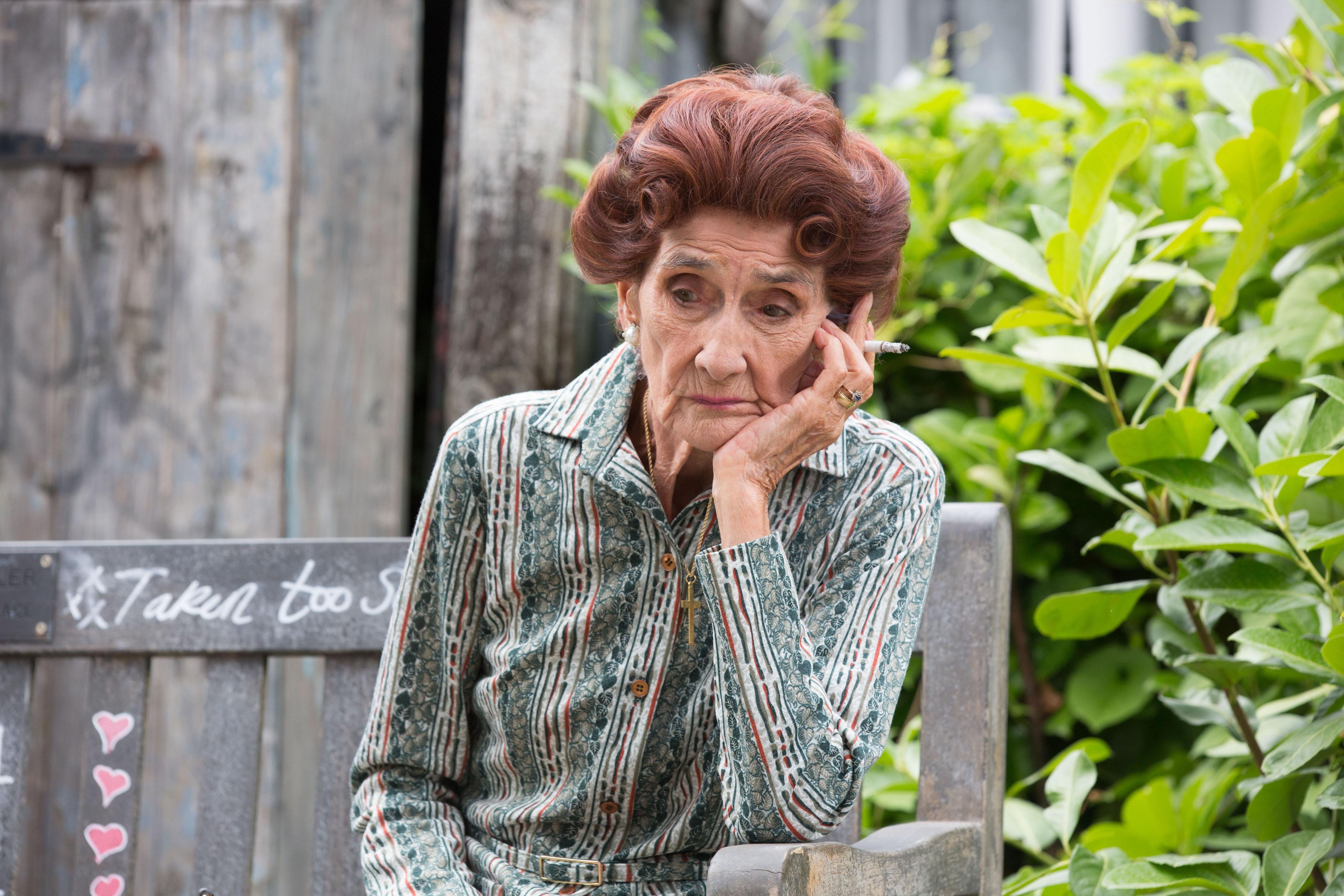 It was revealed back in July that Leornard Fenton would be reprising his role as the Square’s most famous GP for a stint this October.

Dr Legg hasn’t been seen in Walford since 2008 so he and Dot have a lot to catch up on.

Leonard – who is EastEnders oldest ever star at 92 – said back in July about his return: “I am very happy to be back at EastEnders and am looking forward to working with June and the rest of the cast and crew again.”