Kat – played by Jessie Wallace in the BBC soap – starts the week confused and contacts Alfie who’s back in Spain to talk to him about the events of the previous week. 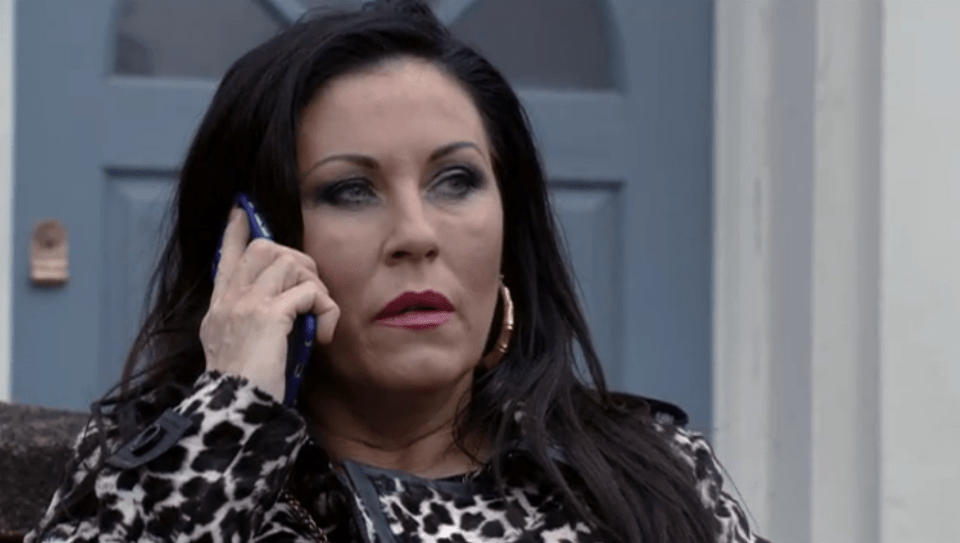 She begs him to let her see the boys and is horrified to discover that he lied to her while he was in the UK.

A distraught Kat decides to skive her cleaning shift at the pub and instead helps herself to the booze, intent on getting drunk.

But she’s caught out by landlady Linda Carter who’s horrified to see Kat stealing from her.

Instead of giving Kat her marching orders though, Linda sees how much pain she’s in and the pair end up having a heart-to-heart. 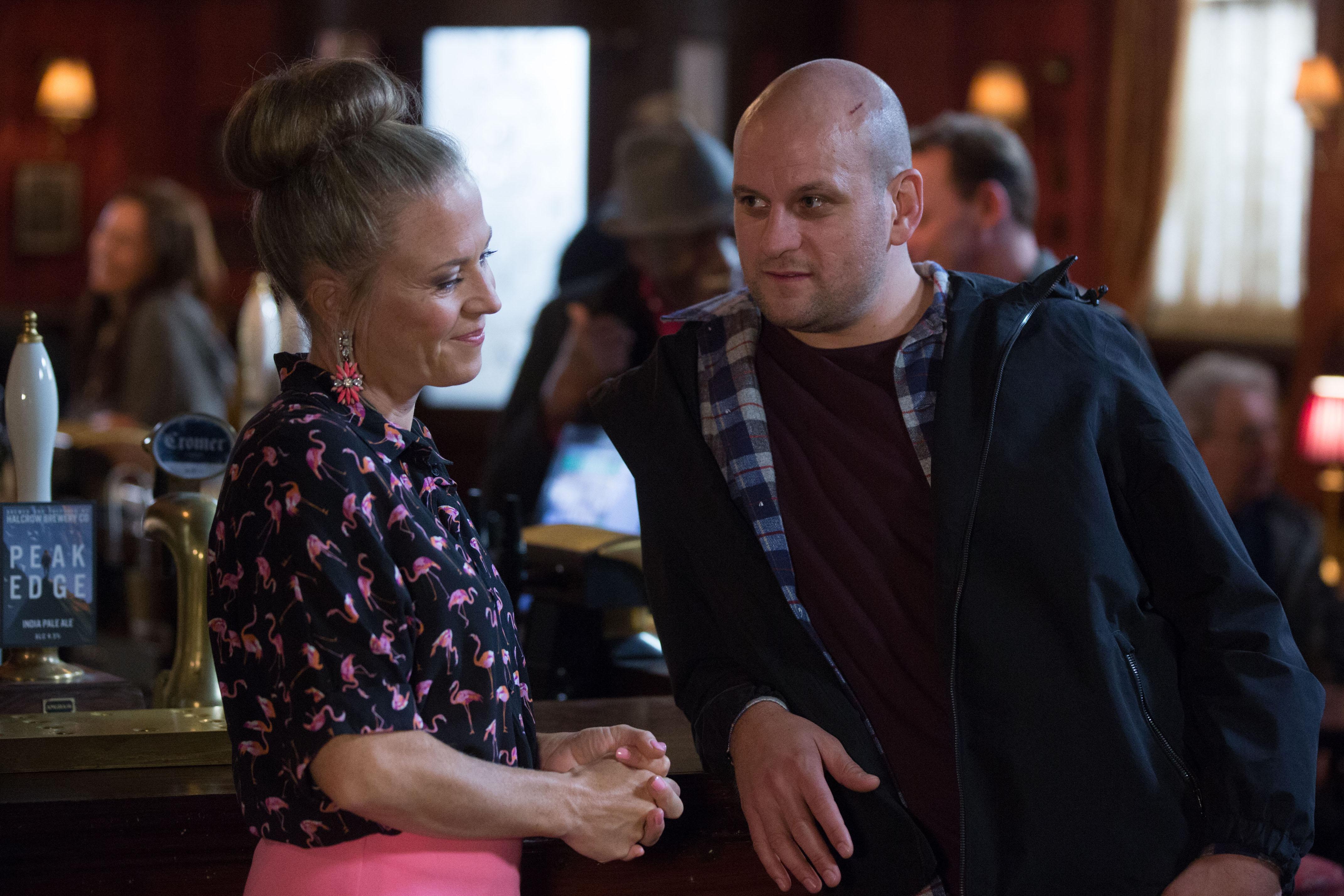 Linda – actress Kellie Bright – takes pity on Kat and asks her to help out behind the bar and Kat’s right at home on her old stomping ground, much to Stuart’s annoyance.

Later in the week Stuart charms Dot Branning into giving him the lowdown on Kat, but what will she reveal and what will Stuart do with his new information? 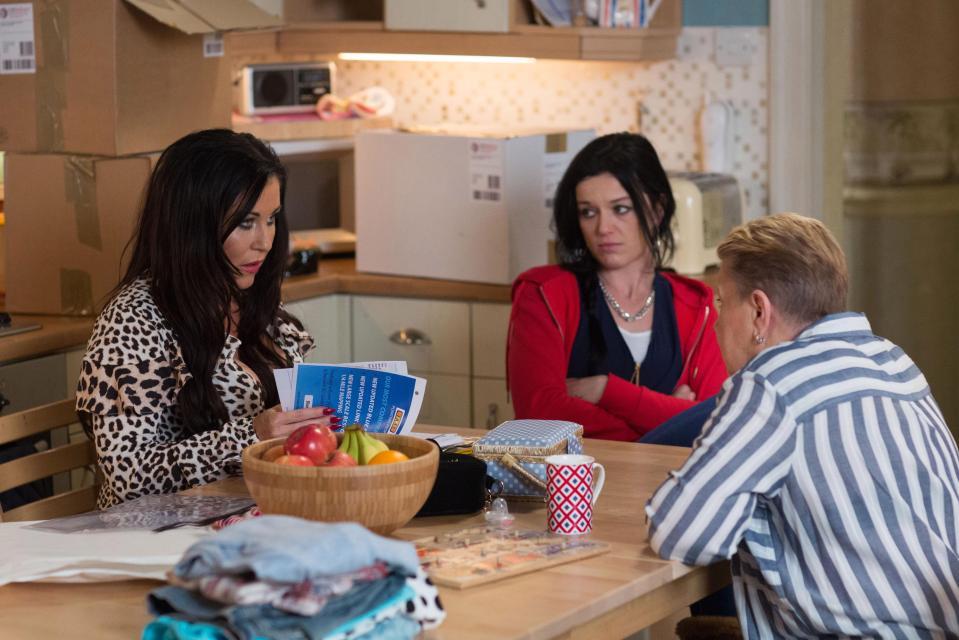 Stuart – played by Ricky Champ – is currently the most hated character in soap after he framed fan favourite Mick Carter for shooting him.

With Mick in prison on remand, Stuart’s now managed to worm his way into Linda’s life and has her believing his lies, even disowning her husband and telling everyone that she thinks Mick is guilty.

But what does Stuart have against Kat and what lengths will he go to?