Sharon Mitchell (played by Letitia Dean) has finally been reunited with baby Kayden after struggling to adapt to life as a mum of newborn again. The EastEnders stalwart initially promised Phil Mitchell (Steve McFadden) a fresh start just the two of them in the Queen Vic but changed her mind and has been thrown out by the dodgy dealer. However, could a paternity bombshell change everything?

Sharon and Keanu Taylor’s (Danny Walters) affair was revealed in explosive scenes at Christmas when Phil discovered the baby his wife was carrying wasn’t his.

Their affair had been over for some time before Kayden was conceived and the little boy was a result of a one-night stand after Louise Mitchell (Tilly Keeper) temporarily split from Keanu.

After discovering the truth, Phil threw Sharon out and planned to murder the mechanic.

Martin Fowler (James Bye) who was tasked with the sinister crime allowed Keanu to go on the run but the mechanic couldn’t resist turning up in Walford when he learned Phil had fled. 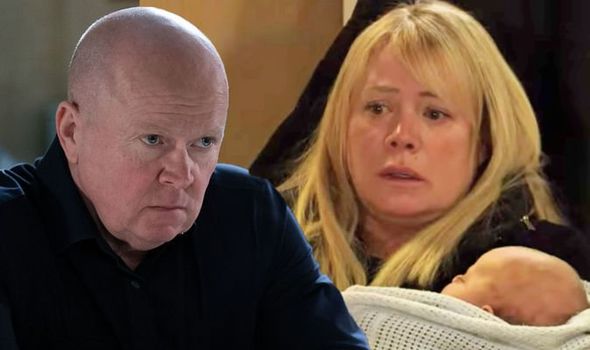 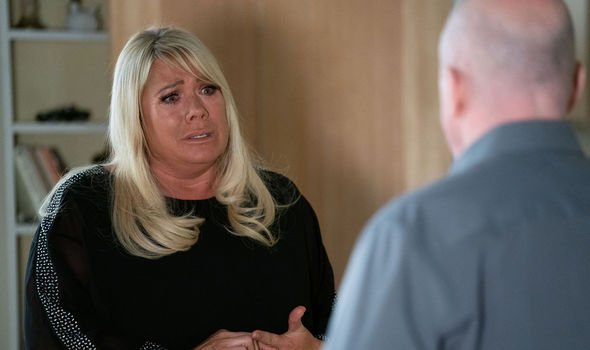 During the tragic Queen Vic boat party accident, Phil and Keanu fought each other on the top deck which caused the crash.

When Phil returned to the Square for Dennis’ funeral, he blamed himself for his adoptive son’s death.

Sharon was initially furious with her estranged husband but the couple decided to put the past behind them and move forward with their marriage. 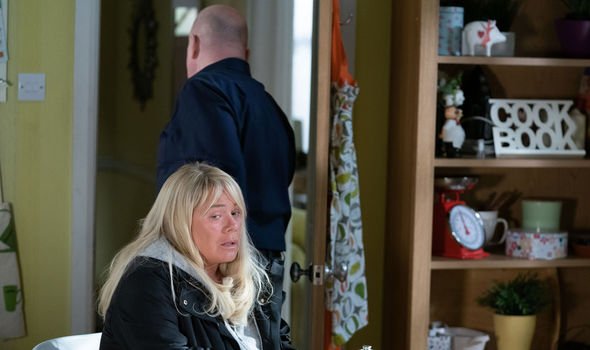 However, in recent scenes Sharon realised Dennis wouldn’t want her to give up his baby brother and told Phil she wanted him back.

Phil tried to stop seeing Kayden as a reminder of Sharon’s betrayal but he cruelly ended their marriage when she refused to give the baby up.

In explosive scenes, Sharon blamed her affair for Dennis’ death and vowed to make sure she would never get her hands on the Queen Vic.

However, Sharon may get her wish of playing happy families after all as a huge paternity bombshell could expose Phil as Kayden’s father.

Sharon took a paternity test when she was pregnant and EastEnders fans will remember Mel Owen (Tamzin Outhwaite) got her hands on those results and blackmailed the mum-to-be.

Will Phil turn out to be the little tot’s father? EastEnders fans certainly think so.

One said: “If Kayden does end up being Phil’s, I’m gonna be disappointed. This past year would have been a waste. I’m pretty sure Mel got the results to the test anyway, saying Keanu was the father. #EastEnders.”

“I will eat my hat if that baby isn’t Phil Mitchell’s, metaphorically speaking of course. #EastEnders,” a second shared.

“That baby is Phil’s anyway…said it from day one #EastEnders,” someone else wrote.

“I know she did a paternity test but I reckon and I don’t know how but that baby will end up actually being Phil’s #EastEnders,” another added.

A fifth tweeted: “Can almost guarantee that Kayden will turn out to be Phil’s son after all.”

“Imagine if Kayden turns out to be Phil’s baby?!? All the s**t that’s gone down,” a sixth said.

EastEnders continues Monday on BBC One at 8pm.