EastEnders fan-favourite couple Mick Carter (played by Danny Dyer) and Linda (Kellie Bright) seem to have got their marriage back on track after Linda vowed to stay away from alcohol for good. This week will see Linda and Mick prepare for the funeral of her best pal Sharon Mitchell’s (Letitia Dean) son Dennis (Bleu Landau) but as emotions run high, will Linda hit the bottle once more and leave Mick distraught?

BBC viewers have seen Linda gradually spiral down the route of alcoholism in recent months, putting a huge strain on her marriage.

She struggled to continue as normal after her young son Ollie (Harry Farr) was diagnosed with autism and increasingly hit the bottle to cope.

However, her habit soon spiralled out of control and she ended up nearly losing her life over the festive period after one particularly drunken evening.

The much-loved resident ended up in a hospital bed over Christmas but it wasn’t enough to stop her from keeping off the booze for good. 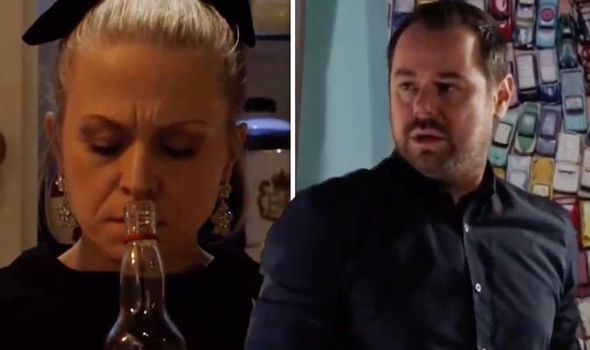 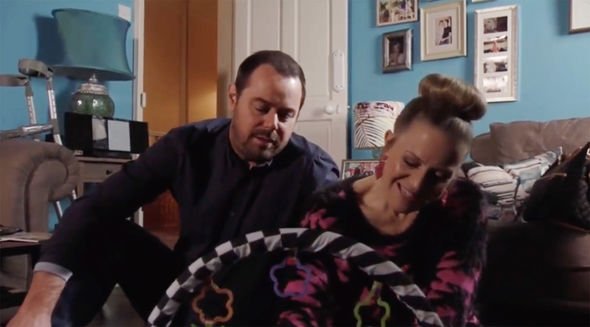 Mick, desperate to keep his wife’s life in order, tried a number of methods to get her back on form.

He encouraged her to do dry January with him, which she agreed but soon broke her promise as she failed to make it through the month without drinking.

The pair looked set to divorce after a drunken Linda issued Mick with divorce papers after she became fed up of him not trusting her.

They made a huge u-turn after the boat party tragedy, in which they both nearly lost their lives, forced them to reconsider. 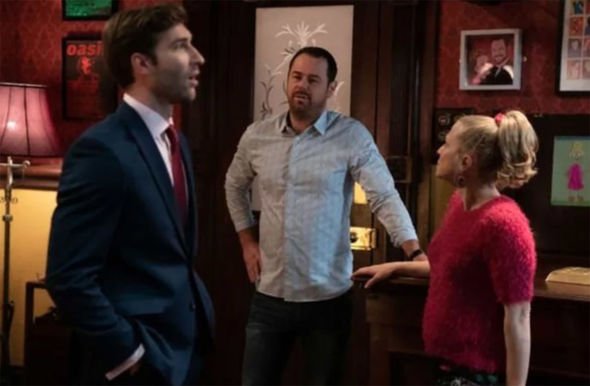 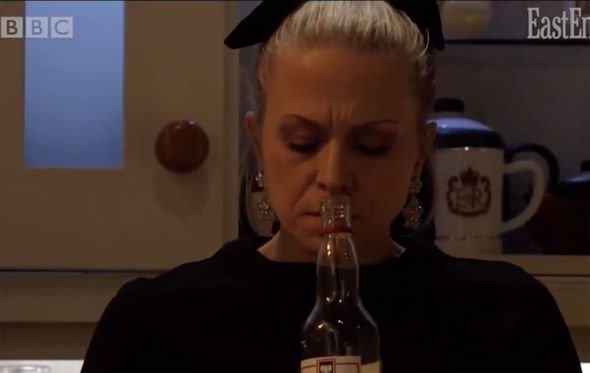 Linda promised to change for good as Mick gave her another chance at proving she meant what she said.

She has so far impressed her husband after attending AA meetings and staying away from alcohol for good.

The landlady even did a mass clear out, getting rid of her whole secret stash around the Carter’s home, to make sure she resisted temptation.

However, as Mick continues to remain concerned, he will come to the decision to sell the Queen Vic and bring in a new landlord to fill his shoes.

He realises the fighting chance he has of saving his marriage will be to move out of the famous pub and focus on Linda’s recovery.

However, a teaser trailer for upcoming instalments suggests things could go from bad to worse as Linda is set to relapse.

On the day of Dennis’ funeral, emotions are running high all through Walford as the residents come together to remember the teenager.

Dennis was the son of Linda’s best friend Sharon, who has been wrecked by the youngster’s death.

It looks like it will be too much to cope with for Linda as Mick will spot an empty bottle of vodka on their kitchen table.

Viewers have seen Linda desperately try and get back on track for the sake of her husband and the rest of her family.

She has successfully managed to go more than a month without drinking in the soap, so if she now goes on a binge, could it be deadly?

Could Mick be left devastated if his wife’s habit forces her to the point of no return and she fails to make it out alive?

If you have been affected by Linda’s storyline, please visit the EastEnders advice page here.

EastEnders continues on Monday at 8pm on BBC One.