Honey (played by Emma Barton) has been plagued with doubts her partner Adam (Stephen Rahman-Hughes) has been sleeping with EastEnders newcomer Habiba Ahmed (Rukku Nahar) but has tried to brush off the affair rumours. In upcoming scenes on the BBC soap, the shopkeeper will discover the devastating truth, brining out a side to the loveable character viewers won’t have seen before as she takes revenge – could she murder the lothario?

Honey’s estranged husband Billy Mitchell (Perry Fenwick) has already tried to tell the mother of his children the truth after witnessing the pair kissing.

The shopkeeper has also confronted the Walford love rat about his relationship with the waitress after uncovering some incriminating CCTV footage of him stroking her hair.

However, being the charming sweet talker, he is, Adam has somehow managed to convince his partner there is nothing going on.

In scenes airing last month on the ever-dramatic soap, it seemed Honey had finally put the pieces of the puzzle together and just when it seemed she was about to oust her beau, she decided to whish him away on holiday. 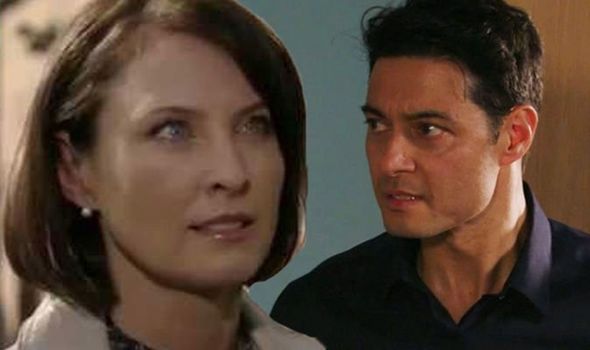 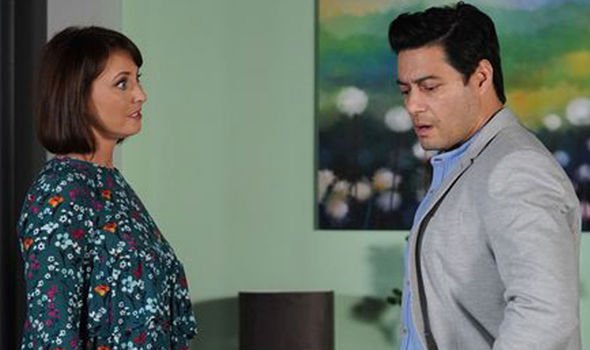 Now, soap bosses have promised the unlucky-in-love Mitchell will uncover Adam’s infidelity and having been cheated on in the past, it seems Honey won’t be letting another Casanova walk away unscathed.

Speaking to press, including Express.co.uk at a recent screening of some explosive episodes, executive producer Jon Sen revealed what’s in store for the doomed couple.

Jon said of future storylines in the pipeline: “Honey’s relationship with Adam bubbles.

“She will take action, there is no doubt about it,” the soap boss teased, but what exactly does the character have planned. 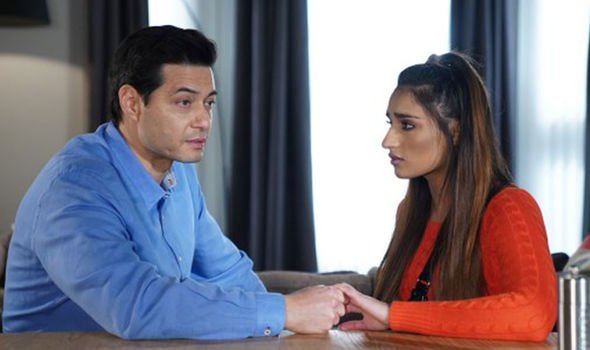 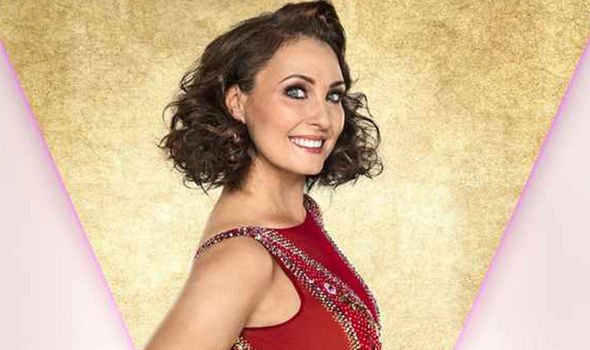 She will take action

With actress Emma, 42, having signed up to take part in this year’s series of Strictly Come Dancing, the discovery of an affair could tie in with a temporary exit from the soap.

Although she’s shown no signs of being a villainous character in the past, Honey could decide enough is enough and kill her cheating partner.

Fans have already theorised this could be the case when they thought the shopkeeper had uncovered the affair last month.

Taking to Twitter, one viewer wrote: “I really want Honey to turn Psycho and kill Adam by mistake #eastenders.”

Another added: “I hope Honey is planning on killing Adam and burying him somewhere abroad. #fingerscrossed #Eastenders.”

If Honey were to kill Adam, would the mother-of-two find herself on the wrong side of the law and given a jail sentence?

The pair have both suffered health scares in the past couple of weeks, as well as stressing over their youngest son Ollie and his autism diagnosis.

Speaking of what’s to come for the formidable pair following the aftermath of the Queen Vic siege, Jon said: “I’m really excited about a Carter story that we have on the table.

“There’s inklings of in that week and the stress of what Linda’s going through in terms of her response to Ollie and his diagnosis and also Mick’s anxiety as well.

“All that stress piles on the Carters and that’s a story to look out for.”

It was announced last week the couple’s eldest child Lee Carter (Danny-Boy Hatchard) will be returning later this year, so will he be able to help his parents in their darkest hour?

EastEnders continues tonight at 8pm on BBC One.