EastEnders viewers are desperate for Chantelle Atkins (played by Jessica Plummer) to escape the clutches of her partner Gray (Toby-Alexander Smith) as he has continued his tirade of abuse against her. However, with Chantelle set to work on trying to leave Gray for good in the coming weeks, it seems Stacey could end up being crucial in the plot to get her free from her abusive marriage as she plots her exit on the BBC soap.

When Chantelle and Gray arrived in Walford last year, it soon became clear there was something sinister at play.

Viewers saw Gray violently attack his wife just days into their new move, something which has only worsened in the months to follow.

However, with the realities of lockdown having impacted everyone on the Square, it’s only set to get even more harrowing between the couple.

It recently emerged Chantelle will attempt to flee her abuser when the soap comes back to the BBC One. 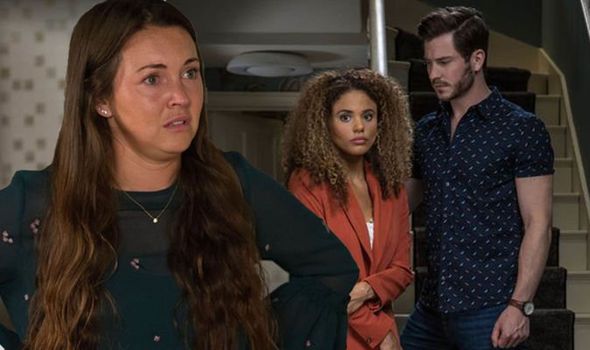 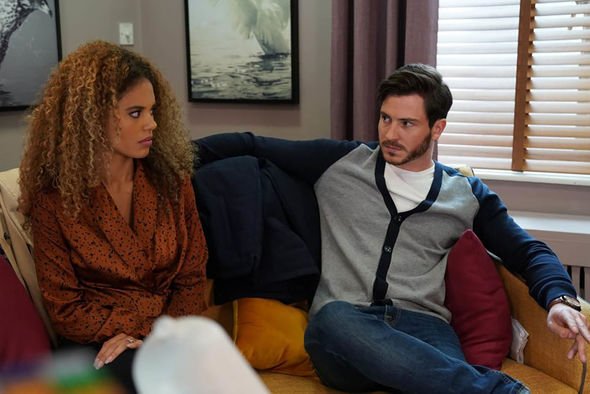 She will set up a meeting with a divorce lawyer and start the process of trying to finally leave her husband behind.

However, it seems she could now end up looking to another Walford resident for some help when the soap returns.

Fan-favourite Stacey is soon to be back causing chaos, much to the delight of viewers.

But could Stacey end up proving vital in Chantelle’s desperate bid to end her marriage and get to safety? 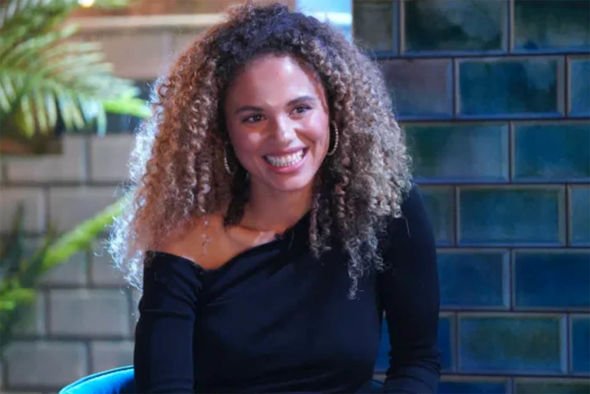 Speaking ahead of her appearance on Secrets from the Square next week, Chantelle actress Jessica explained how much she adores the Slater clan.

Jessica said: “I’ve always loved Jean and her relationship with her daughter Stacey.

“There was an episode that I watched maybe 10 years ago and the whole episode is just the two of them, it was so good I cried and cried and watched it about five times in a row.

“Even now still when I see either of them on set I get a bit fumbly with my words!”

Could this be a sign that Stacey could come to her aid when she makes her return later this year?

Stacey has had a history of difficult relationships, which could allow her to spot some signs of Chantelle’s abuse.

She has also become famous for her ability to flee difficult situations, so could pass on some of her methods to Chantelle.

Chantelle has become close with some other residents including Ruby Allen (Louise Lytton) and Whitney Dean (Shona McGarty).

However, with Stacey likely to fall out with Ruby and Chantelle’s wavering friendships elsewhere, could she end up becoming very close to Stacey?

Elsewhere in Walford, Stacey will end up involved in new drama of her own when she discovers best friend Ruby and estranged husband Martin Fowler (James Bye) have been romancing.

Ruby is set to panic when she finds out money from her account has been going missing.

She becomes concerned Martin is stealing from her but could it actually be Stacey setting a revenge plan into motion?

If you have been affected by Chantelles’s storyline, visit Women’s Aid here or ring the National Domestic Abuse Helpline on 0808 2000 247.

EastEnders returns later this year to BBC One.