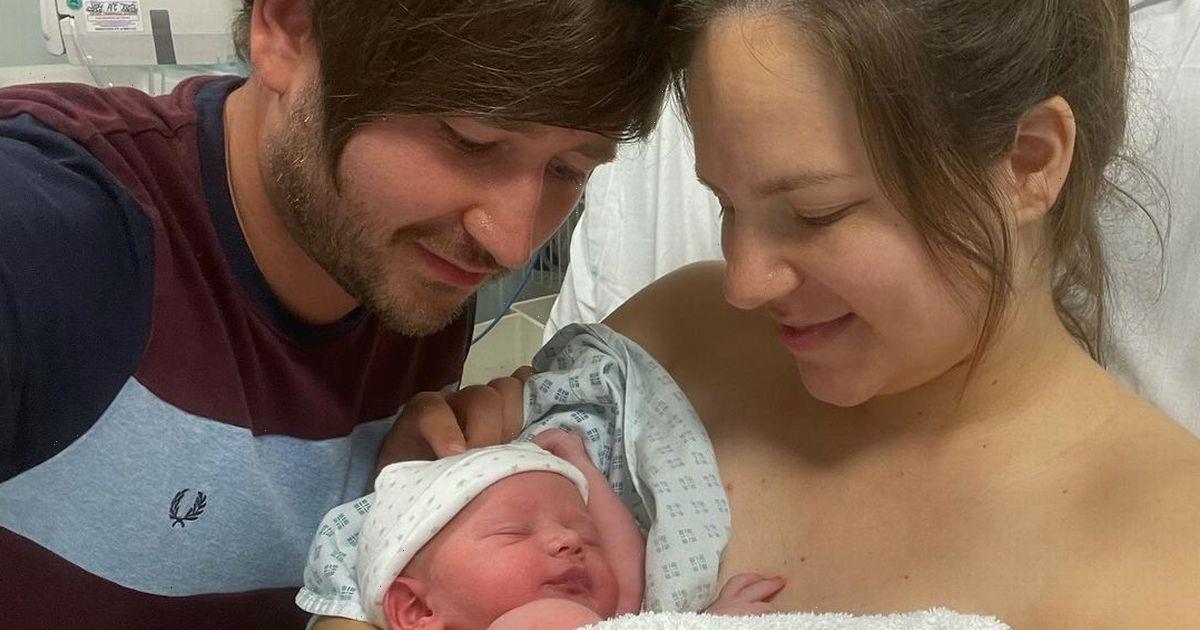 EastEnders star Ben Champniss, who plays Shrimpy on the BBC soap, and his wife Georgie announced they have welcomed their first child.

Ben, who plays the fan favourite market stall holder, told his social media fans that his "life had been made" as he shared a picture of his wife Georgie with their baby, a boy named Robert.

"Georgie is the coolest, most unbelievable person I know, and both her and Freddie are doing so well!!

"We're so happy to finally meet you, Freddie! The final piece of the puzzle. Life made."

In the picture, Georgie could be seen holding baby Robert in her hospital bed, while Ben stood over her to look at his newborn son, who was bundled in a towel.

Luisa Bradshaw-White, who played Tina Carter on the soap, also said: "Ahh so much love to you both. Congratulations! Can't wait to bump into you all!!!".

Baby Robert arrived a week late, with Ben, 36, revealing on social media that Georgie's official due date had been seven days earlier.

He wrote on Instagram alongside a snap of himself pointing his finger at his wife's bump: " 'Today is our due date! A decent walk to try and get this little fella on the move! (We're very aware of the other techniques as well by the way….!)"

Ben and Georgie have been together for a decade, and tied the knot three years ago.

The couple marked their nine year anniversary recently, with Ben sharing a snap of them cuddling up together and writing: "Look at those youngsters!! 9 years ago in Manchester."

They announced they were expecting a baby boy back in February, with Ben excitedly posting: "Georgie and I are delighted to announce that we're having a baby!! We couldn't have wished for a better way to celebrate 10 years of being together and 3 years married!"

Ben has played Shrimpy on the BBC soap since 2014, and became a popular character despite becoming known for not having many lines.

He also appeared as an extra in a number of blockbuster films, including Pirates of the Caribbean and Harry Potter and the Deathy Hallows Part 2.

EastEnders airs on Mondays, Tuesdays, Thursdays and Fridays on BBC One.