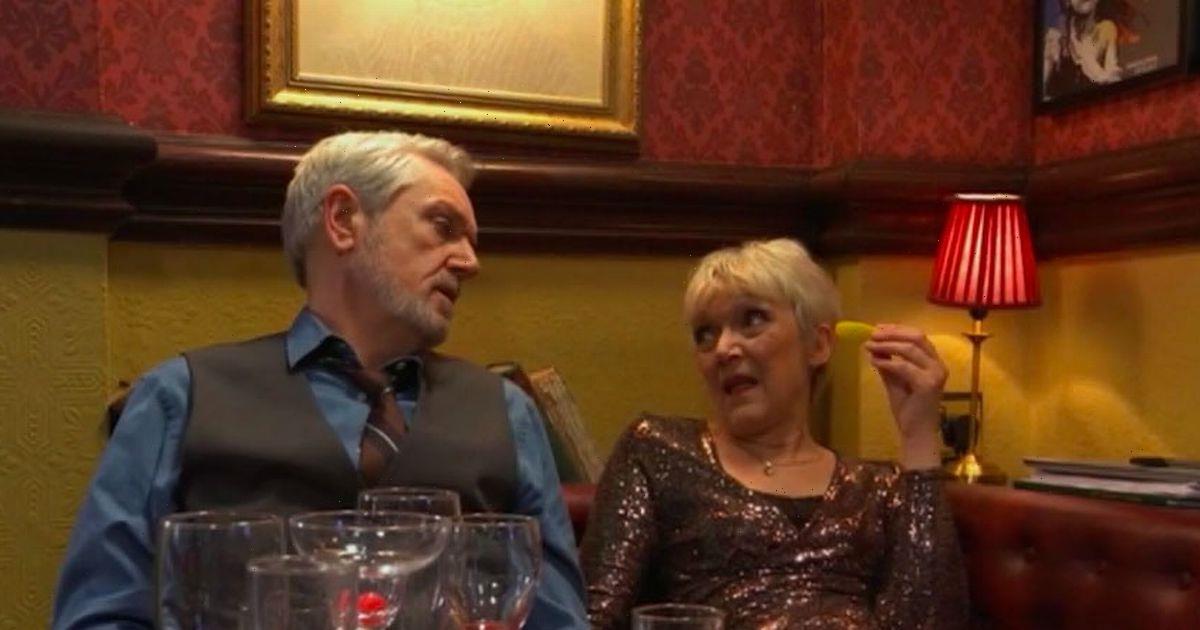 Fans have predicted a sordid affair will take place between Jean Slater and Rocky in EastEnders after the cleaner accosted him in the bathroom at the Queen Vic.

Fans recently saw Jean take it upon herself to try and get Rocky and Kathy Beale back together despite pleas from boyfriend Harvey not to get involved.

After puncturing Kathy's tyre and forcing her to seek help from Rocky at the car lot, Jean locks them inside in a bit to force a reconciliation.

With Harvey feeling guilty over the pair missing Tina’s funeral, Jean agrees to fess up to the act and finds herself enjoying a flirtatious drink with Rocky at the Old Vic.

When Rocky goes to the bathroom, he is stunned to see Jean follow him and attempt to seduce him into having an affair if they both agree not to talk about it.

The pair are interrupted when another punter walks in and Rocky takes his cue to leave, leaving Jean disappointed.

But despite Rocky’s hesitation, fans are predicting he will eventually succumb to Jean’s advances.

One viewer said: "So is Jean going to cheat on Harvey? They are going to have an affair OMG."

A second blasted: "Wtf is Jean doing coming onto Rocky #EastEnders? Don’t do it Rocky!”

Another fan predicted the start of a love rift between the four: "Rocky, Jean, Harvey and Kathy is gonna be the new love square! Watch this space."

While a fourth added: "Jean coming onto Rocky in the gents toilets I'm physically dead. She is crazy though she won’t stop poor Kathy."

The Walford legend’s behaviour has been concerning as of late, with Stacey convinced that her mum is experiencing a manic episode.

Jean, however, refused to listen to Stacey’s worries, and later moved in with Harvey Monroe in a bid to get away from her daughter, who she claimed is ‘dead’ to her.

Elsewhere on the episode, landlord Mick Carter finally made a decision between Linda and Janine after Linda was seen lashing out at barmaid Frankie.

After Mick attempted to hide his romance with Janine after Frankie caught them kissing in the pub, Janine was warned by Sonia Fowler that Mick and Linda are soulmates who will never truly separate.

After Mick finds Linda drinking behind the bar and unloading harsh words on Frankie, he storms out and kisses Janine in the square for all to see.