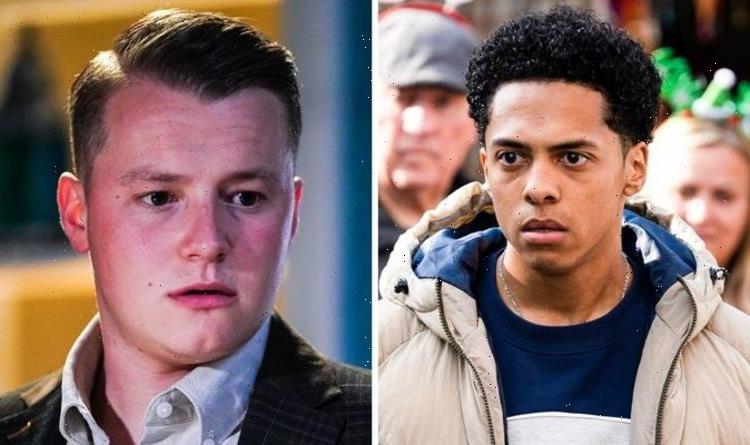 I'm A Celeb: Adam Woodyatt discusses his time on Eastenders

Keegan Baker (played by Zack Morris) could be left with life-changing injuries after being ambushed by thugs on Thursday’s dramatic instalment of EastEnders. The entrepreneur found himself locking horns with a rowdy pub-goer in the Queen Vic before Mick Carter (Danny Dyer) kicked him out of the pub. When Keegan left the pub later in the night, the punter and his gang, brutally attacked him with cricket bats. But just how serious are the injuries Keegan has sustained?

In Thursday’s episode of the BBC soap, Keegan landed himself at the centre of an argument with an aggressive pub-goer after he tried to defend Isaac Baptiste (Stevie Basaula).

Landlord Mick warned the customer he “wanted him out” of the pub before he caused any more trouble.

The yob replied: “Are you having a laugh? What have I done?”

Mick added: “You’re in the wrong boozer, either you walk out of here now or your two mob pals will carry you out of here. What’s it going to be?”

The thug looked at Aaron Monroe (Charlie Wernham) who gave him the nod to leave the pub as though he was linked to the altercation and he tipped his pint on the floor and exited.

Meanwhile, Tiffany Butcher (Maisie Smith) who has been getting closer to Aaron ever since her husband Keegan handed over divorce papers, proceeded to yell at Keegan over the matter.

However, Keegan’s night got a whole lot worse after he left the Vic as he was approached by the yob and his gang of followers in the street.

The brute told a vulnerable Keegan: “You ain’t so flash on your own, are you?

“This used to be a nice area, but not any more. There isn’t a chance of a white Christmas around here anymore is there?”

Keegan then found himself surrounded by thugs wielding cricket bats who continued to circle around him in an intimidating manner.

Before they could strike, Keegan decided to take action by punching the leader in the face, before being jumped on by the gang and beaten up.

The leader, who was wiping blood from his nose after the punch to his face, warned Keegan: “We’ve come to teach to a lesson, haven’t we boy?”

While Keegan was being attacked by the gang, the camera panned to Aaron who nodded to the leader.

Was Aaron behind the entire attack on Keegan? Did he hire the men to beat him up so he didn’t have to get his own hands dirty?

When Keegan is lying face down on the concrete, the gang swiftly jump into their car and flee the Square.

But just how seriously have they hurt Keegan who was left looking lifeless in the middle of a road?

Hopefully, he will be spotted by a Walford resident who can take him to the hospital to be treated for his cuts and bruises.

However, the character was battered with cricket bats by an entire gang of men, so will he be left with life-changing injuries?

EastEnders airs on BBC One on Mondays, Tuesdays, Thursdays and Fridays.