Hayley (Katie Jarvis) has spent months keeping quiet about the fact that Kat’s estranged husband Alfie is the mystery man who got her pregnant earlier this year.

However, upcoming episodes will see Hayley put under more pressure than ever when Jean believes she’s worked out who the baby’s father is. 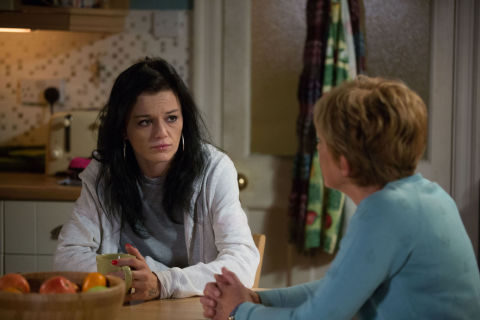 After spending time with baby Harley, Hayley is concerned to learn that Mariam and Arshad fostered a child with Foetal Alcohol Syndrome – leaving her fearful for what this could mean for her. 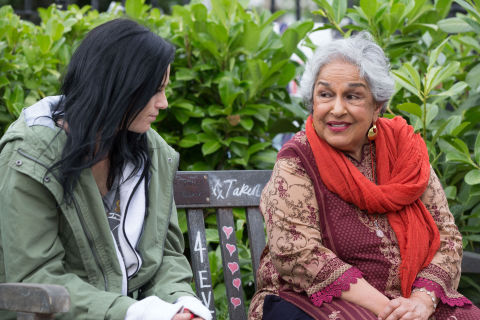 As Hayley wrestles with her guilt over drinking throughout her own pregnancy, Hayley is pushed to breaking point by Jean’s ongoing questioning – and eventually turns to the bottle again.

Horrified after spotting Hayley drinking in the park, Keanu gives Hayley a piece of his mind but thaws when he realises just how vulnerable she is.

Aware of just how much Hayley is struggling, Keanu and the Slaters later grow concerned when they are unable to track her down later on. 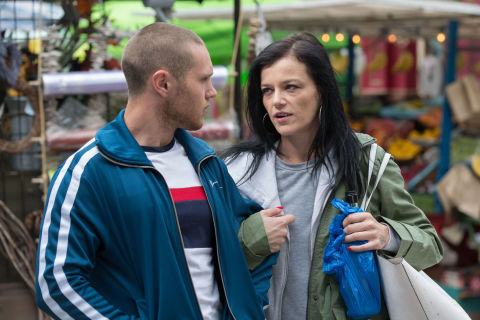 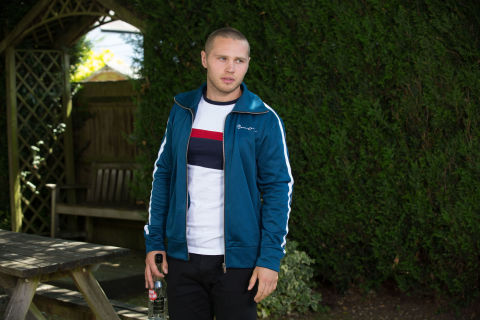 After Keanu mentions that Hayley said she was going ‘home’, Jean realises where she is and rushes off with Kat to find her.

However, when Kat and Jean pull up at an abandoned block of flats, they are horrified to see Hayley sitting on the edge of a tower block balcony.

As Kat tries to coax her down from the edge, Hayley insists that if she knew the truth then she would feel completely differently. 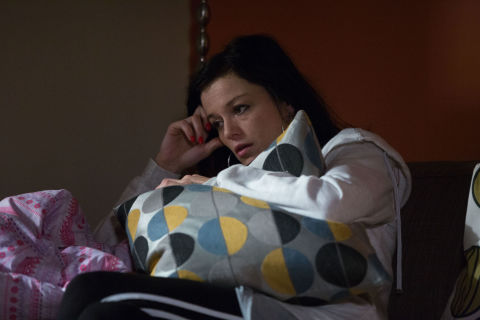 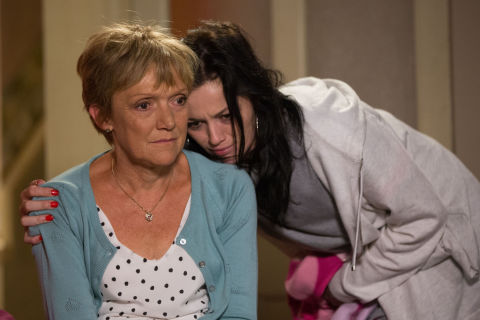 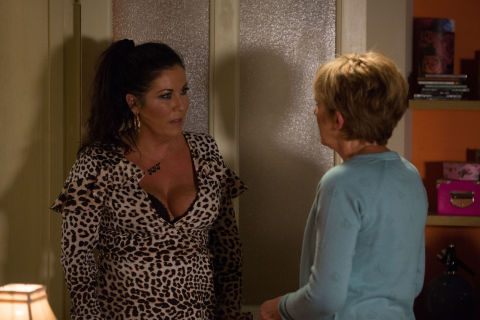 Thankfully, after an emotional heart-to-heart with Jean, Hayley does eventually come down to safety, but the worrying incident sparks more questions from a confused Mo and Kat. Are they about to discover the truth too?

We would encourage anyone who identifies with the topics raised in this article to reach out. Organisations who can offer support include Samaritans on 116 123 (www.samaritans.org), and Mind on 0300 123 3393 (www.mind.org.uk). Readers in the US are encouraged to contact the National Suicide Prevention Lifeline on 1-800-273-8255 or visit the American Foundation for Suicide Prevention.

Next post Who is Stephen 'Sketch' Porter? Professional tattooist on E4's Tattoo Fixers