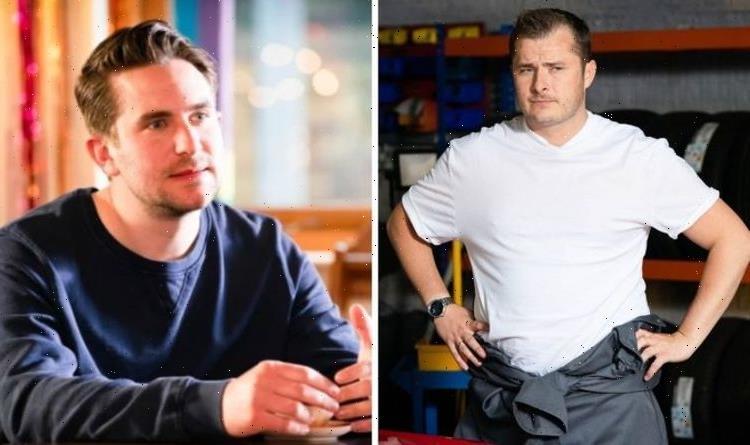 Ben (played by Max Bowden) is set to be left devastated in future EastEnders episodes as Callum (Tony Clay) takes another man’s number. As Ben’s concerns grow, he might end up leaving Walford if he and Callum get into an explosive row. The BBC soap character has a rocky relationship with his father Phil Mitchell (Steve McFadden), so without Callum, he isn’t likely to stick around. Could he leave for good?

He’s left feeling suspicious though when he notices Jay mouthing something to Ben.

When Callum later confronts his husband about the strange moment, Ben eventually tells him about the numerous partners from his past.

Callum is left feeling insecure following the revelation, which could be why he decides to act recklessly later on.

Ben encourages Callum to go to the event at The Albert while he has a meeting with Kheerat Panesar (Jaz Deol).

While he’s at the event alone, a flirty guy approaches Callum and ends up giving him his number.

He opens up to Jay about his fears over finding a number in Callum’s pocket – but is Callum planning to use it?

Ben isn’t one to keep his feelings to himself, so it’s likely he will confront his partner about the number.

Having found the number, he might go as far as calling it to speak to the mystery man.

Always one to turn to violence, the mechanic will probably threaten the man after tracking him down.

This is likely to lead to a huge argument between Callum and Ben.

The couple has had their share of furious arguments since getting together, but things might be escalated by Callum’s fears over his dad Jonno coming back into his life.

The last time Callum saw his dad, things didn’t go well and Stuart had to step in to stop him from being attacked.

When he made an appearance a couple of years ago, Jonno (Richard Graham) labelled Callum and Ben as “sick, perverted scum” for getting engaged to each other.

When he started to get violent with Callum, Stuart intervened.

He threatened Jonno, telling him: “If you ever come near him again or lay one single finger on him, I’ll kill you.”

With Callum worrying about Jonno returning to Walford, he might have even more reason to push Ben away.

Furthermore, Callum is already fearing the consequences of what happened the last time Ben went through his things to track down the killer of Ben’s ex, Paul Coker (Jonny Labey).

Being a police officer, Callum was able to find his details but Ben wasn’t meant to see them, however, he found them amongst Callum’s things.

This led to Kheerat attacking the dangerous man, and although nothing yet has come of the attack, Callum is concerned his job might be on the line.

Callum might decide Ben is too much of a risk to remain with due to his violent connections.

If he decides to end things during their heated argument, a stunned Ben might decide to leave to start afresh somewhere new.

After years on the show, could this be Ben’s final exit from Albert Square?

EastEnders continues on Thursday at 7.30pm on BBC One.