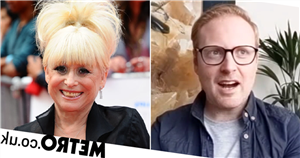 Former EastEnders star Charlie Clements has revealed that the late Dame Barbara Windsor took him under her wing on his first day on the set.

The actor, who played Bradley Branning in the BBC soap from January 2006 to February 2010, said that the Peggy Mitchell legend was the first cast member to speak to him and gave him some calming words of advice.

Speaking to Gloria Hunniford, Coleen Nolan, Janet Street-Porter and Ruth Langsford on today’s episode of Loose Women, Charlie shared: ‘Barbara was the first person I spoke to on my first day, which is a lovely memory for me to have.

‘I was sat in the reception area waiting to go up to do my first scene and she came over and introduced herself and she said, “Don’t worry about it, you’ll be fine. Just go and crack on with it”.

‘It’s a really nice memory that I have.’

Dame Barbara died in December 2020 aged 83, six years after she was diagnosed with Alzheimer’s Disease. Her husband Scott Mitchell confirmed the actress died in her care home.

Bradley plunged from the Queen Vic to his death 15 years ago, with Charlie saying he has no regrets over his exit. 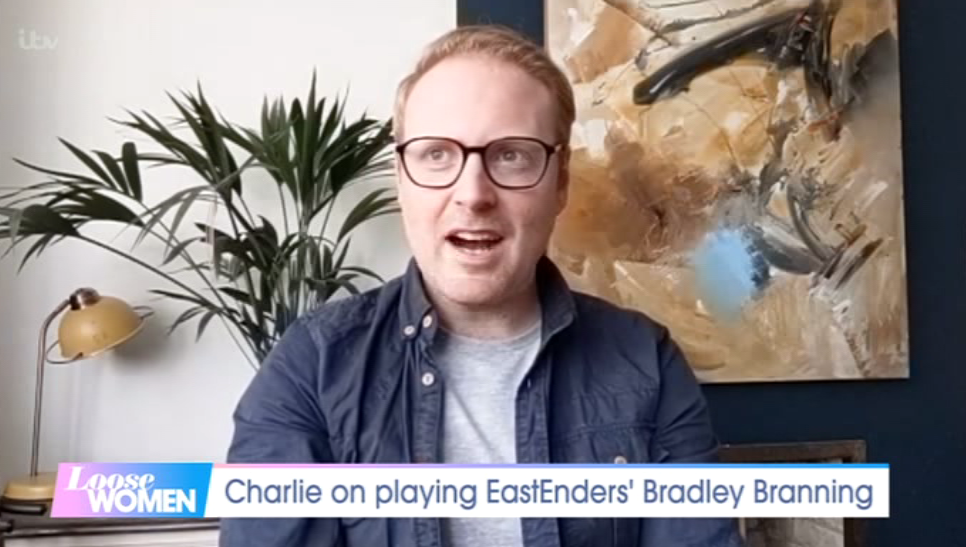 ‘It was always my decision to leave,’ he added.

‘I always said I’d do four years. I don’t regret the death. It closed that chapter and meant I could focus on moving forward instead of sitting on my laurels a bit.’

Earlier this month, Charlie revealed he had been working in a garden centre over lockdown.

‘I’ve been working as a chef in a garden centre close to where I live. I’d always enjoyed cooking so I applied and they took me on,’ he told Metro.co.uk. ‘I was thrown in at the deep end.

‘It was hard work but I’ve enjoyed it. I started in November 2019. Acting will always be my first love but I got to the point, like a lot of actors do, where you’re not always going to be working and you need to find other ways of supporting yourself and your family. I’ve got a seven-year old boy and a five-year-old girl.’