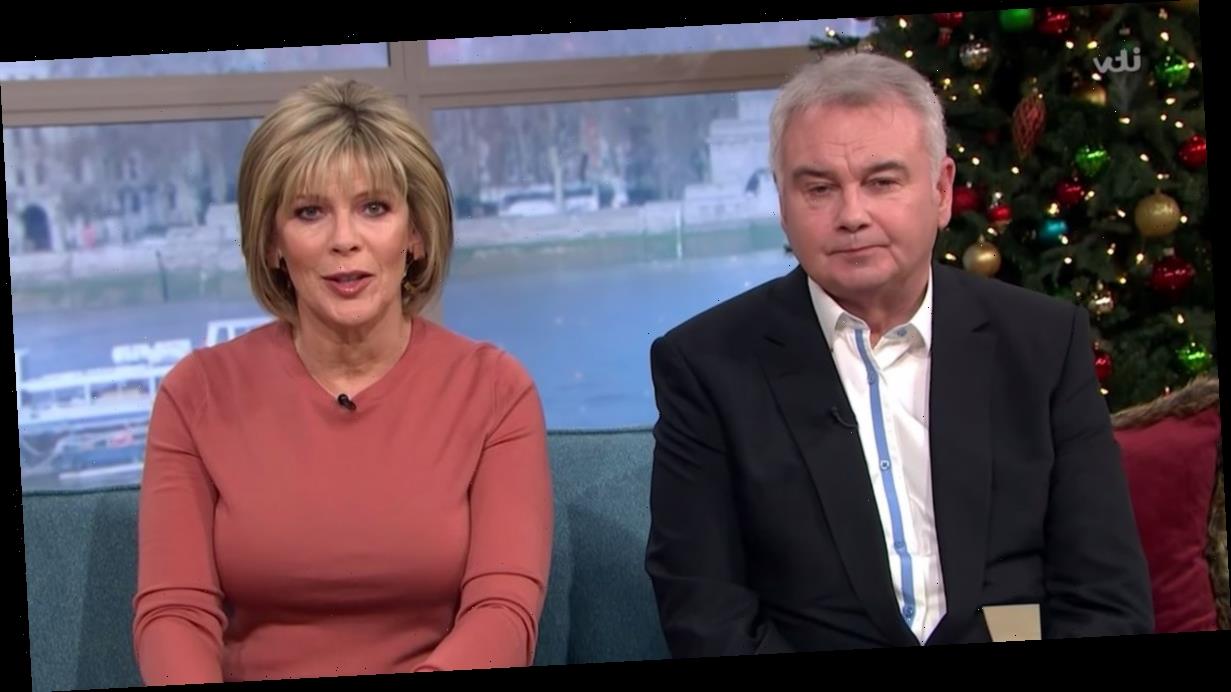 Eamonn Holmes and Ruth Langsford will return to present This Morning next week.

It has been confirmed that the husband and wife duo will host the ITV daytime show from Monday, February 15 until Friday, February 19.

The pair will step in as regular hosts Phillip Schofield and Holly Willoughby and Friday presenters Alison Hammond and Dermot O'Leary enjoy a half-term break.

Eamonn and Ruth's return was confirmed during an advert break during Wednesday's edition of This Morning.

A trailer showing the married couple hosting the show played in a montage with a voiceover telling viewers about their anticipated return.

Taking to Twitter, one fan penned: "Eamonn and Ruth are back next week! Yay!"

A second person posted: "Yes! Ruth and Eamonn next week."

While a third added: "Yay Eamonn and Ruth are coming back next week."

Eamonn and Ruth presented their last ever Friday show on This Morning on December 18.

The dynamic duo have since been replaced by This Morning's roving reporter Alison Hammond, 46, and X Factor host Dermot O'Leary, 47.

It was reported by The Sun at the time that Eamonn was "gutted" about the axe, and the publication alleged that he and wife Ruth were warned to keep quiet about the axe "to avoid losing more work".

A source claimed: "Ruth and Eamonn are obviously upset and feel humiliated about being put out to pasture.

"But they've been advised to keep schtum or risk losing more work. It could damage their brand if they lash out."

On their final Friday show, Eamonn and Ruth implored viewers to welcome their friends Alison and Dermot with open arms.

Taking to Twitter, Alison said: "A class above the rest @EamonnHolmes @RuthieeL," followed by a red love heart emoji.

Eamonn did appear to take a playful swipe at This Morning bosses during their final Friday show.

Ruth and Eamonn were talking about when he came out of the opticians and saw that lots of Christmas trees were discounted.

Loose Women's Ruth said: "Well I expect they're struggling to get rid of them."

Eamonn replied: "Which is why they're getting rid of us on a Friday now after all this sort of chat."

Ruth laughed off Eamonn's cutting jibe and told him to "stop it".

The Sun has since reported: "There was no malice with his comment on air, it was more just an expression of sadness."

The Morning airs weekdays on ITV at 10am