A dwarf actor has denied average-sized people can get offended on his behalf, as a production of Shrek: The Musical cast a non-dwarf actor in a short role and sparked complaints.

He said: “The physical choreography that he had to use in the show, I don’t think that we as dwarves would be able to do what he does on the platform. Now, we have to be realistic with all these sorts of things. 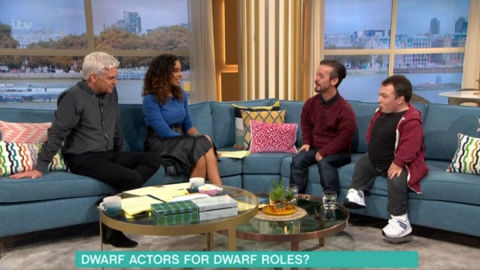 “With this sort of thing, I think we just have to look at it and say, I understand why he’s in this role, he’s swinging on his swords, he lifts people.”

However, James also felt strongly that people get too easily offended nowadays and there are bigger things we need to be concerned about.

He said: “If they’re not a dwarf, they can’t really have much to say about that, have they lived in that way? No. So I understand both sides of the argument, but I just think we just get too caught up on silly little things – pardon the pun. Life is too short, pardon the pun.

“I think discrimination is a very strong word. I think we get a little bit too PC in today’s society. I’m probably one of the least offended people you’ll ever meet.

“We just get too offended, we’ve got bigger problems that are going on in the world – that ‘B thing’ that’s going on at the moment in the political world.

“We’ve got to deal with those sorts of things, let’s just accept the way we are, let’s just live life to the full and live the dream.”

However, Phil argued that the role could be adapted to allow for a dwarf actor to physically achieve it. 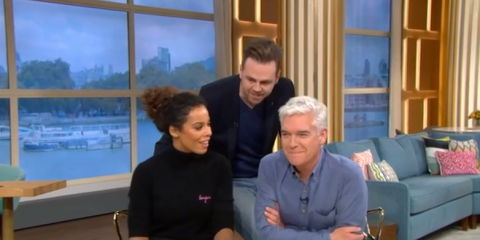 Another dwarf actor, Deano, agreed: “I’ve been acting for about 17 years and to see someone else portray a dwarf role when we have those opportunities for ourselves, really takes away our opportunities in life for being an actor.”

He added that if six men of average height played dwarves in Snow White, children would be confused and it would destroy the magic. Meanwhile, he added that average height actors mimicking dwarves on their knees could “create discrimination”.

Deano felt that celebrities such as Peter Dinklage, Warwick Davis and Olympian Ellie Simmonds show dwarves can achieve anything they want.

This Morning continues weekdays from 10.30am.