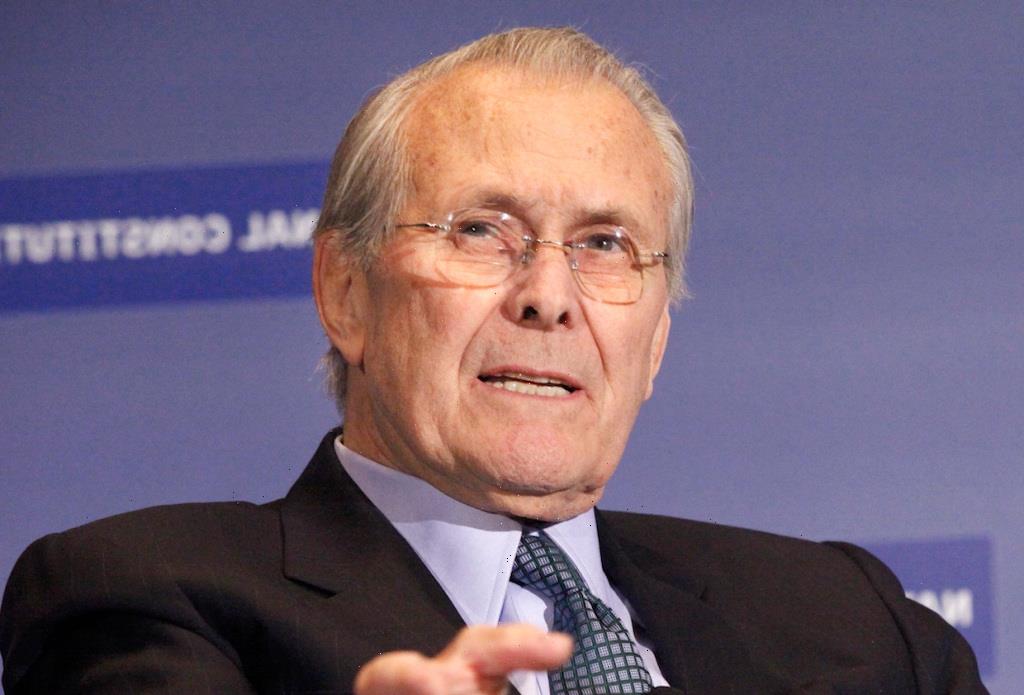 Donald Rumsfeld, a Washington D.C. fixture who served in Congress and as Secretary of Defense for Presidents Gerald Ford and George W. Bush, has died at the age of 88.

His family confirmed the news on Wednesday with a statement that says at the time of his death, Rumsfeld was “surrounded by family in his beloved Taos, New Mexico. History may remember him for his extraordinary accomplishments over six decades of public service, but for those who knew him best and whose lives were forever changed as a result, we will remember his unwavering love for his wife Joyce, his family and friends, and the integrity he brought to a life dedicated to country.”

Rumsfeld began his political career in 1963 as a Congressman from Illinois, serving three terms before shifting to become a political advisor to President Nixon. He later served as President Ford’s chief of staff and Secretary of Defense. After returning to civilian life for two decades, Rumsfeld was once again named Secretary of Defense by President George W. Bush in 2001.

He became a notable public figure as the Bush administration launched an invasion of Iraq in 2003, with Rumsfeld pushing the claim that Iraq had weapons of mass destruction. His combative press conferences were parodied on Saturday Night Live, with Darrell Hammond playing him. Rumsfeld resigned as Bush’s Secretary of Defense in 2006. He was later featured in the 2013 Errol Morris documentary The Unknown Known, which traced Rumsfeld’s entire D.C. career.