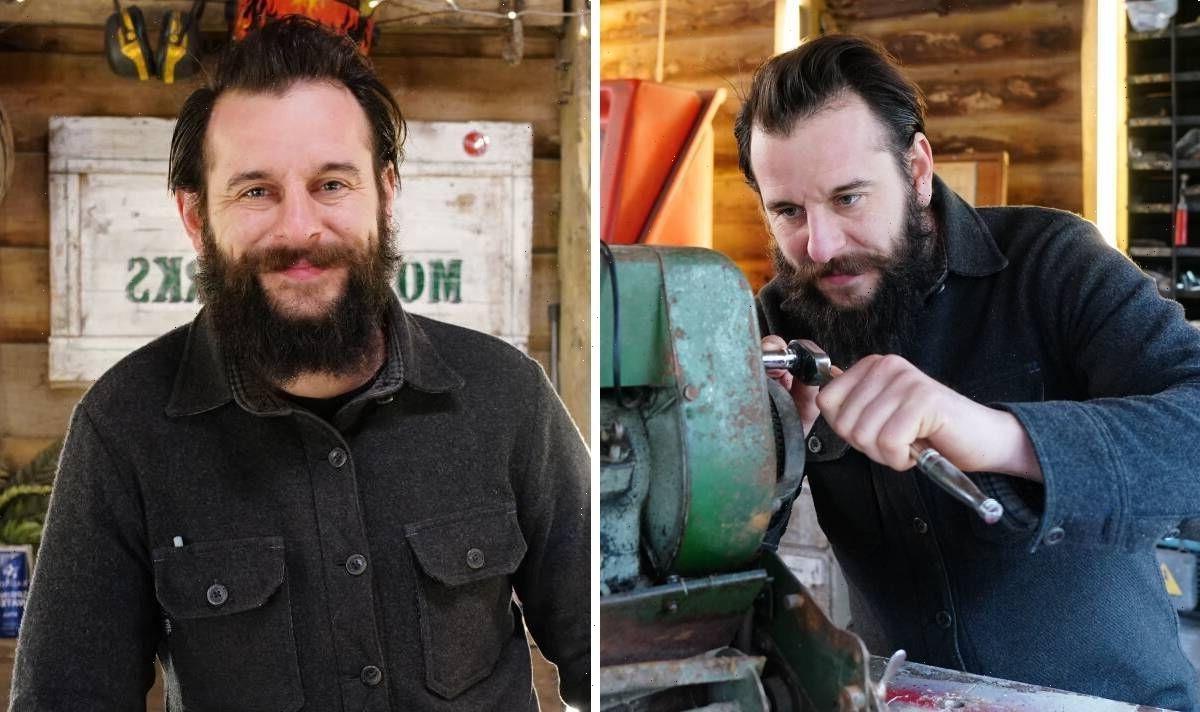 Dominic Chinea has helped restore a number of precious belongings over the years that have been brought into the barn for some TLC. The Repair Shop expert on BBC One has been in the reality series from the very beginning and continues to wow audiences with his impressive skills. While viewers know all about his talents, they are eager to know more regarding his personal life.

Who is The Repair Shop star Dominic Chinea married to?

Dominic Chinea is married to producer Maria Domican who works as a producer.

The couple tied the knot on October 21, 2017 but little else is known about them.

Much like the rest of the cast of The Repair Shop, Dominic prefers to keep his personal life out of the spotlight.

So he hasn’t revealed any details regarding how long they have been together or how they met.

But what is known is that Dominic and Maria live together in a red-bricked country home in rural Kent.

When he isn’t posting photos of his repair work on his Instagram page, Dominic is posting pictures of their house and his ventures in the garden.

Last year, with his house as a backdrop, Dominic posted: “Getting ready for runner beans!

“Trimmed down some hazelnut trees and used the offcuts for some supports.. fingers crossed!

“I’m enjoying learning more about gardening, have you planted anything yet?!”

Dominic and Maria don’t have any children but do share their home with an adorable pooch.

As well as his gardening updates, Dominic sometimes shares pictures of their Spanish Water Dog Wendy.

Alongside a picture of Wendy gleefully looking at a tennis ball outside, Dominic wrote: “Happy Friday! I hope you’ve got productive plans for the weekend?

“It’s nice to be back from The Repair Shop and it’s still light outside!”

Dominic stumbled upon his career working with metal after trying out numerous different skills for size.

He explained to the BBC: “I love learning and I’m constantly trying to learn and improve new skills.

“Instead I always seem to think of myself in terms of the saying ‘A jack of all trades, a master of none’ dipping into all different subjects.

“My background was always art and graphic design, however, my passion for cars and metalwork led to jobs in car restoration and metalwork.

“My set design career helped combine all my varying interests, both practical and artistic.”

On Wednesday, June 1, The Repair Shop will be airing a Jubilee Special to mark the Queen’s 70 years of service on the thrown.

The description reads: “A bicycle made for two is wheeled in by John Phillips.

“This unusual tandem was created by welding two normal bikes together back in 1977, the Queen’s silver jubilee year.

“To mark the occasion, John painted the bike red, white and blue before embarking on a tour of France with his wife Deborah.

“The bike hasn’t been ridden for many years, but after Deborah’s recent death, John wants to restore the bike to working order and get back in the saddle to raise money for charity in her memory.

“With so much work to do, both the barn’s bike expert Tim Gunn and metal maestro Dominic Chinea have a job on their hands to get this bike back on track in time for this year’s jubilee celebrations!”

The Repair Shop continues every Wednesday at 8pm on BBC One.